Demonstration Against Deportations to Zimbabwe

On Friday June 27, as Zimbabwe went to the polls in the widely criticised second round of its presidential election, the Nottingham Zimbabwe Community Network held a protest against deportations to Zimbabwe in Old Market Square. 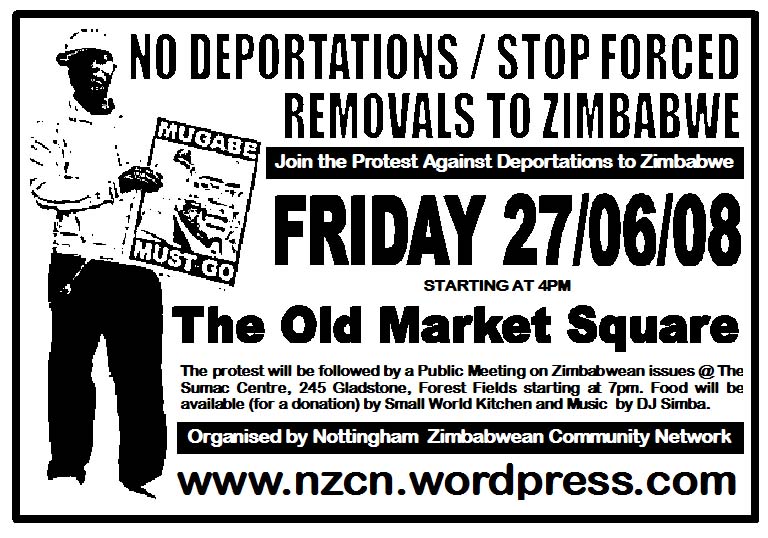 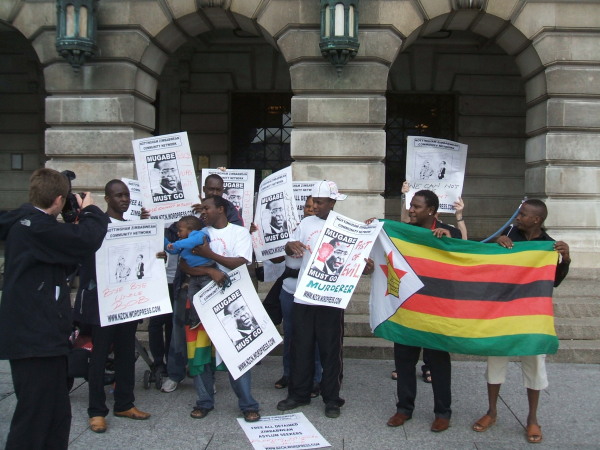 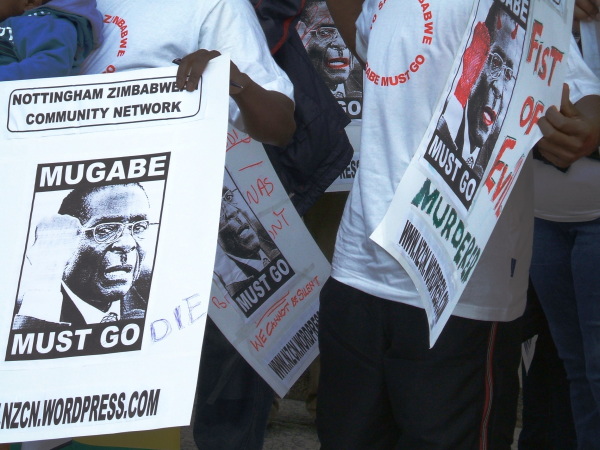 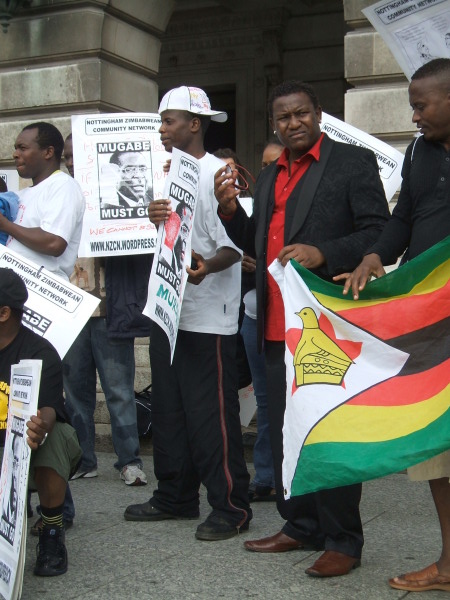 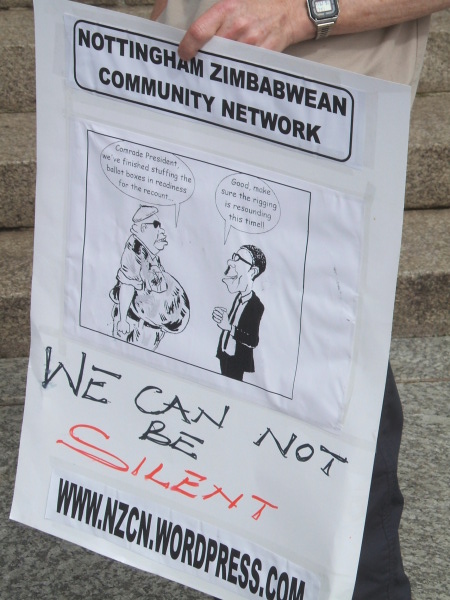 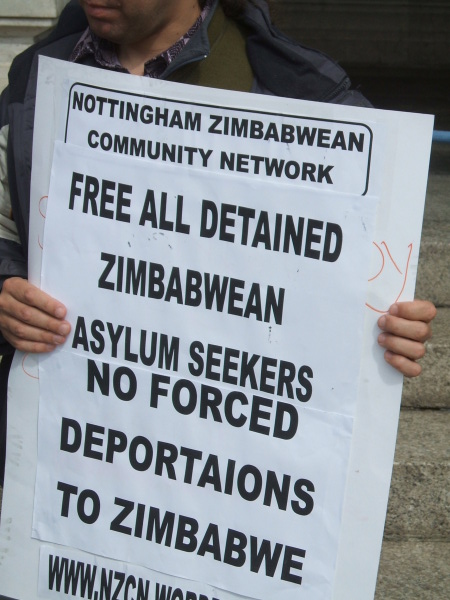 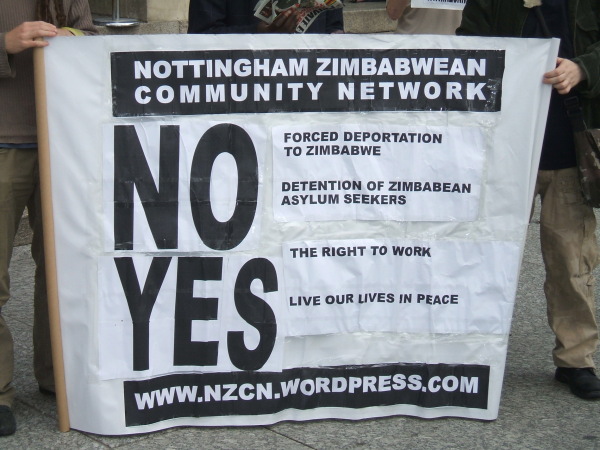 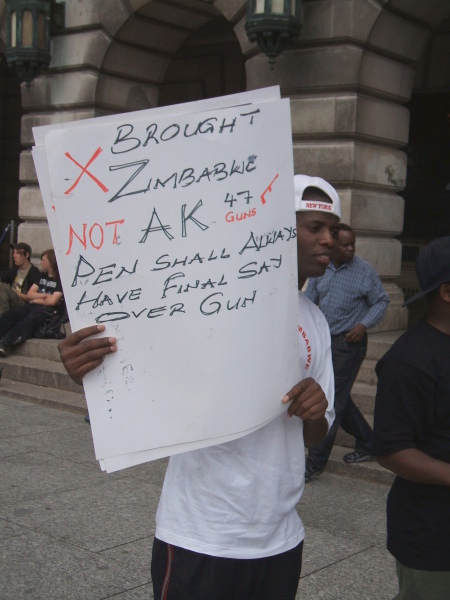 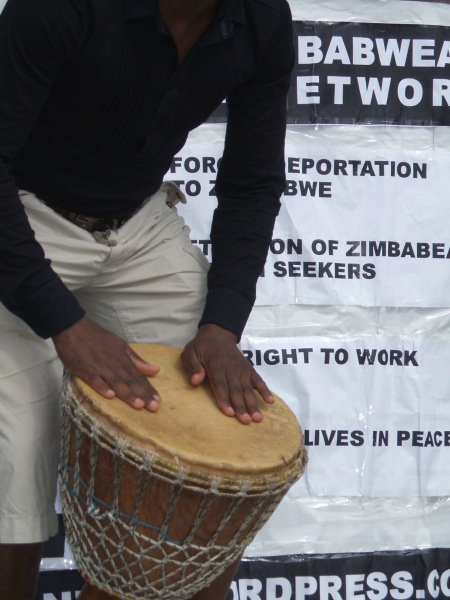 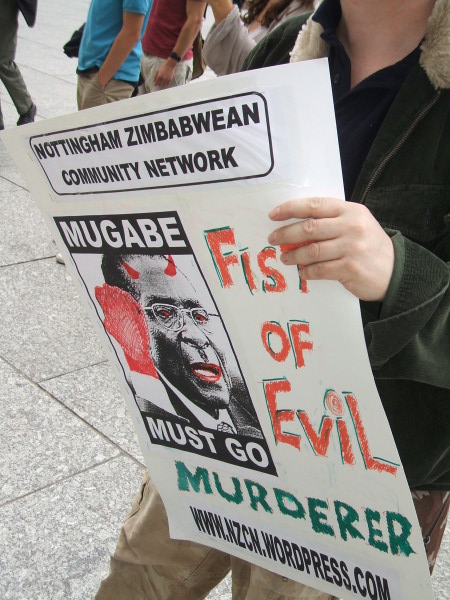 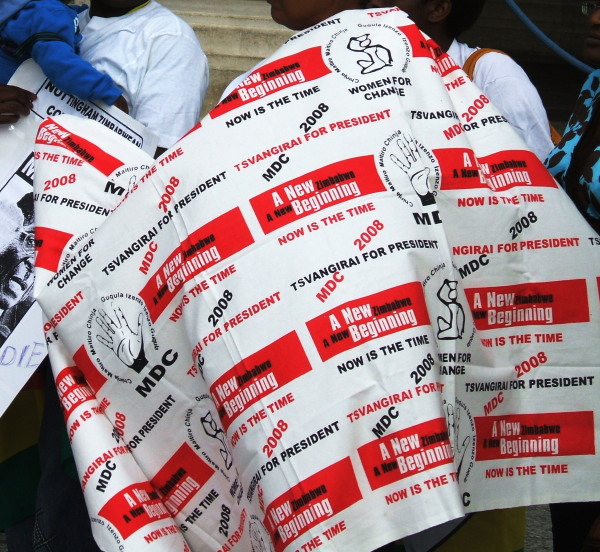 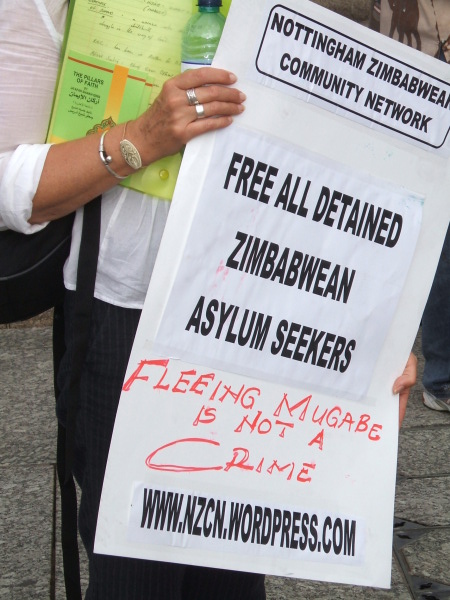 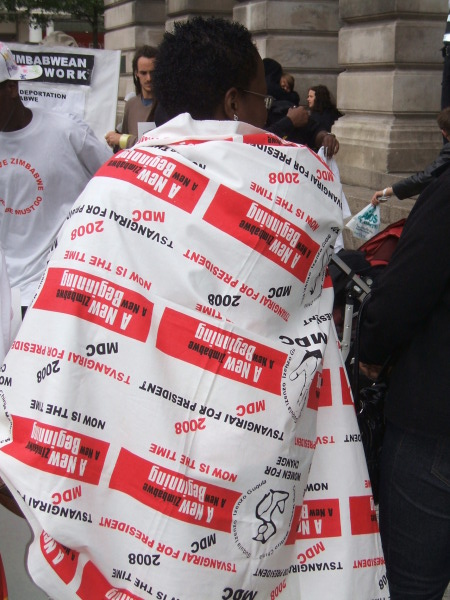 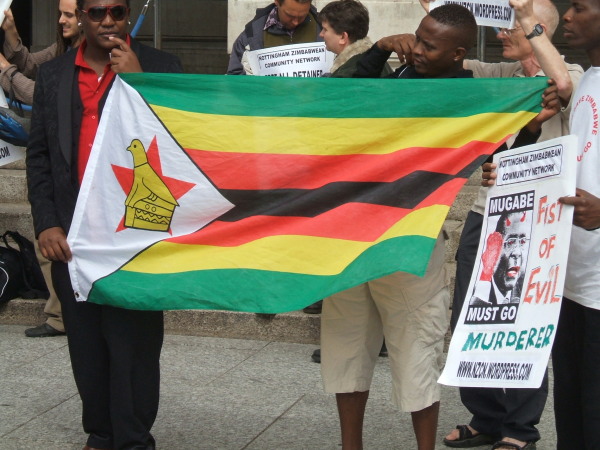 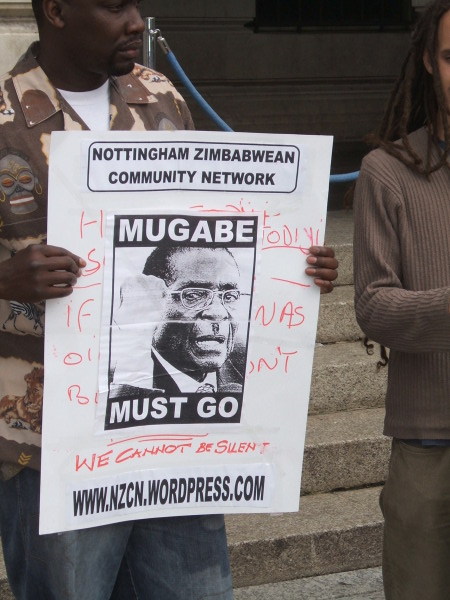 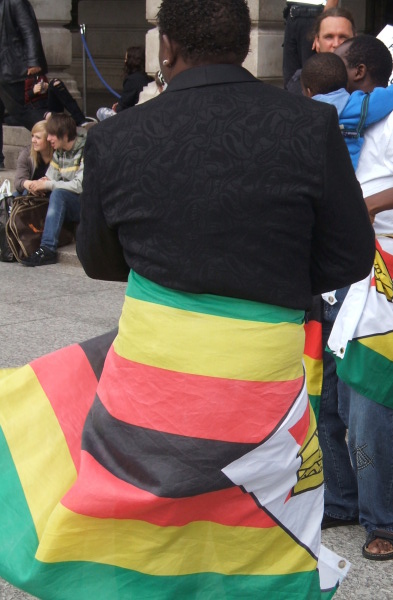 Around 30 people turned up, with a mix of Zimbabweans and supporters. While relatively small, the demonstration was noisy, with protesters singing and chanting, and attracted considerable attention from passers-by.

The demonstration followed a similar event held in March to coincide with the first round of the election.

The demonstration was followed by a public meeting held at the Sumac Centre. Following food provided by Small World Kitchen, a range of speakers described the situation in Zimbabwe, sketched out the history of the opposition in the country and recounted their own experiences of being an asylum seeker in the UK.

During the talks and in the question and answer session which followed, it was clear there was some disagreement amongst the speakers as to what the UK Government should do in response to the situation in Zimbabwe. Some believed that things were so bad that they justified military intervention, while others believed this would be counterproductive (a view which seemed to be shared by many in the audience), believing that a UN peacekeeping force would be preferable.