The old adage holds that there is no such thing as a free meal. Over the last few months, campaigners in Nottingham have been trying to prove this wrong, dishing out free vegan food to shoppers. Several events have been held in the city centre to tie in with Vegetarian Week, the Day of Action on Food and Climate Change and the Viva! Veggie Roadshow, with a further activity planned for UN World Food Day on October 16th.

While everybody loves free stuff, there is also an important point to the exercise with campaigners promoting a vegan-friendly lifestyle. This is beneficial not only for the animals, who would otherwise suffer the horrors of factory farming, but also for the planet. Livestock accounts for something in the order of 18% of greenhouse gas emissions 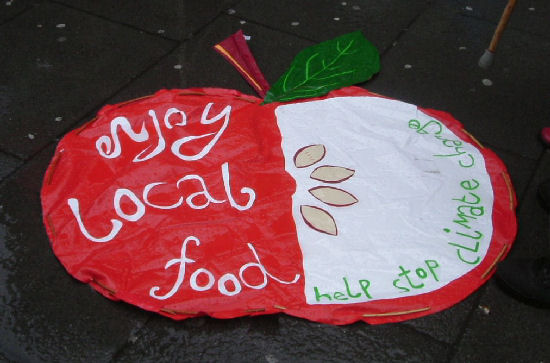 While climate change is an increasingly prominent issue, with the mainstream media and global leaders making considerable mileage out of their supposed concern for the planet. Nevertheless, the issue of livestock has attracted minimal concern. A report issued by the UN Food & Agriculture Organisation in November last year found that livestock production was responsible for

As such it should not be surprising that the concerns of climate change and animal liberation campaigners have increasingly seemed to coalesce.