The not-so-secret 'guide to policing protest'

Sometime during a busy day of policing the Camp For Climate Action, near Kingsnorth Power Station in Kent, an officer dropped a so-called 'Pocket Legislation Guide on Policing Protest'. The document, issued by the National Extremism Tactical Coordination Unit (NETCU), gives an overview of legislation the police can use to stifle all forms of legitimate protest. The document, which is supposedly not for public consumption, was subsequently posted on Indymedia UK by a camper attending the Climate Camp.

NETCU describe themselves as "promoting a coordinated response to domestic extremism by providing tactical advice to the police service, and information and guidance to industry and government." According to NETCU Watch, an online initiative to monitor the service's activities, the main purpose of their existence is to monitor protest groups, especially related to animal rights campaigns. A further concern is that the police seem to be supporting commerce (especially the vivisection industry) beyond their remit of upholding the law. 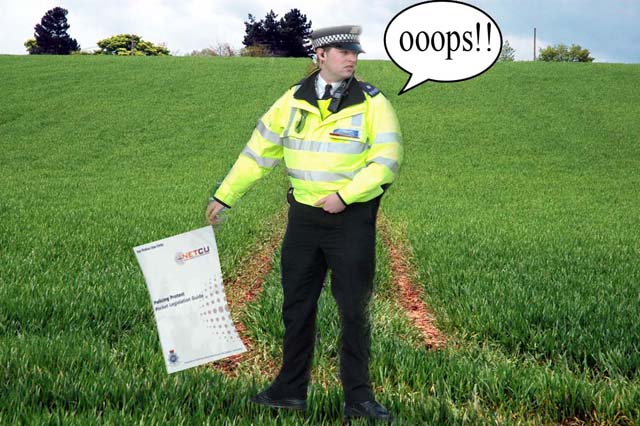 The following text is taken from the NETCU Watch website: http://www.netcuwatch.org.uk/

The National Extremism Tactical Coordination Unit (NETCU) promotes a coordinated response to domestic extremism by providing tactical advice to the police service, and information and guidance to industry and government. NETCU is headed by Cambridgeshire police officer Superintendent Stephen Pearl and “forms part of the national policing response to domestic extremism”. Basically they exist in order to monitor animal rights protests as few other protests are mentioned on their website: http://www.netcu.org.uk

On their website they report arrests of animal rights activists and details of prison sentences handed out. Although they do not mention people who are not charged when falsely arrested, they conveniently “forget” to mention when people are no longer under investigation! Using words such as “extremist” to describe individual activists is another rather inappropriate abuse of their position. Newspaper reports do indeed seem to have been using this site as a reference and have almost regurgitated NETCU’s briefings.

Of further concern that the police are blatantly supporting the vivisection industry beyond their remit of upholding the law is the links page that was initially advertised. Pro-vivisection lobby groups and industry interest groups included were as followed;

Animals in Medicines Research Information Centre http://www.abpi.uk/amric which was set up by the Association of the British Pharmaceutical Industry, “provides information about the role of animals in the development of medicines”.

Coalition for Medical Progress, http://www.medicalprogress.org ,“an alliance of organisations that work to explain the benefits of animal research and medical progress”.

No website countering these views was found on the links page. Not even the RSPCA gets a mention. The police who are supposed to be impartial have no right to promote animal experimentation in this way. Whatever their personal beliefs are using public resources in order to promote their political agenda is inexcusable and deeply sinister. The term “malfeasance in public office” springs to mind.

NETCU also recommend that companies try to obtain high court injunctions under the Protection from Harassment act which is again outside their remit as this is within the civil realm. So far no case has actually been to trial and it is only interim injunctions which are in force. Directly quoting NETCU, “High Court injunctions have also provided clarity to protest groups and activists by defining what constitutes an acceptable level of protest”, and so multinational companies define what is “acceptable”, get an interim injunction and this is then debated in court. Not mentioned by NETCU is the fact that High Court injunctions can be obtained by anyone (including animal rights people who are being harassed by animal abusers) who can show evidence of being harassed. What harassment actually is does not really seem to have been defined but often polite letters or the mere sight of peaceful activists are often quoted as “harassing”. By this measure the whole legal system could potentially be thrown into disarray by those who hate garden gnomes, chuggers, cold callers, etc, etc!

There are also some concerns that NETCU have given personal information concerning individual activists to companies who seek injunctions and that the unit have been somewhat economical with the truth. This is utterly inappropriate and quite possibly unlawful behaviour. Anyone who is offended by the blatant pro-vivisection stance of NETCU or has had anything untruthful published about them could consider taking action. 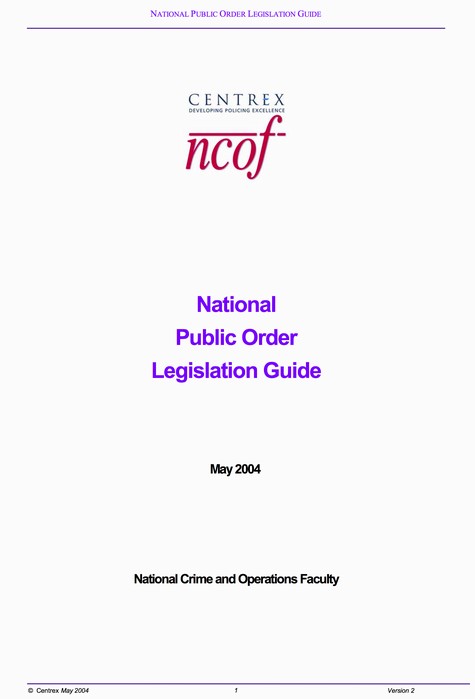 You don't seriously think that IPCC will actually do anything do you? 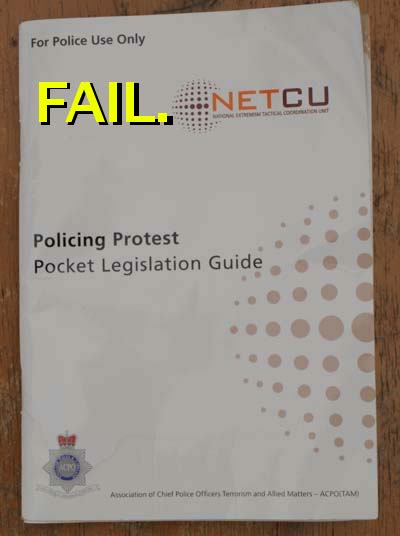 Shame on NETCU! Every activist will get one of these...

Pocket guide to the public order act and a few other acts such as the crime and disorder act and the criminal justice act...

Nothing special about this, any 'basic guide' to criminal law would have the same information..

All this is, is a really basic guide that is commonly available anyway on such web sites as

Another bollox non story from indymedia

e-mail: not for you

James maybe if you had bothered to get off your arse and attend a protest within the last few years you would be aware that this commonly used book is actually an incorrect interpretation off the law by a select few coppers that has gained activists many tens of thousands of pound. For us regular activists the contents of this book have not only been extremely intriguing but a vital necessity so we can tell what advice the police are using and how they are interpreting the law.
Not so much "Another bollox non story from indymedia" more "Another bollox comment from some head up there own arse armchair activist".

James T Krabourne - jaded? at home? lonely? i think so

nice one - great find for the public domain

Re: reply to the wonderful James T Krabourne

> James maybe if you had bothered to get off your arse and attend
> a protest within the last few years you would be aware that this
> commonly used book is actually an incorrect interpretation off the
> law by a select few coppers that has gained activists many tens
> of thousands of pound.

Perhaps you who are so wise in the ways of law would like to share some of your correct interpretations with other activists, so we can all benefit.

Unless perhaps you're just making it up as you go along?

A note for Tony Gosling: it's NETCU guide not ACPO, I know you hate accuracy but do try to pay some attention.