Japan has issued an arrest warrant for a Nottingham-based activist, alleging that he damaged the country's whaling fleet. Warrants have been issued for Daniel Bebawi, a member of the Sea Shepherd Conservation Society, and two American volunteers and the Japanese government has sought to have the three placed on the Interpol wanted list.

The three all participated in the Sea Shepherd Whale Defense Campaign: Operation Leviathan in December 2006 and January and February 2007. The charges apparently stem from an collision between Japanese whaling vessel Keiko Maru and the Sea Shepherd ship Robert Hunter. The incident was investigated by the Australian Federal police at the time, with forensic evidence demonstrating that the Kaiko Maru had rammed the Robert Hunter.

Interviews with Dan: Back in Nottingham (audio) | On board the ship (text) 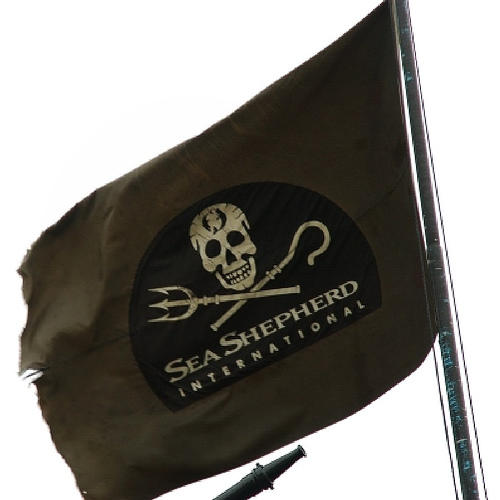 "It’s a mystery to me why the Japanese police would target three relatively minor crewmembers," said Captain Paul Watson, president and founder of Sea Shepherd. "As captain, all Sea Shepherd crewmembers act in accordance with my orders. All activities opposing the illegal actions of the Japanese whaling fleet are my responsibility, yet no charges have been filed against me. This is absurd and makes no sense at all." he argues that the warrants are politically motivated: "The Sea Shepherd Conservation Society is not protesting whaling, we are opposing illegal whaling in accordance with the principles of the United Nation World Charter for Nature. If our activities are illegal then the warrant would be addressed to me, not to three non-officer volunteers."

For his part, Dan isn't taking the threats very seriously: "They are just messing about really. It's a face-saving political exercise," he said. "It's for the Japanese public more than anything else. I don't think Interpol will take it seriously." In afct he only found out about the warrant when he was contacted, by a Japanese journalist: "The police haven't been in touch at all and I'm pretty sure they won't be."

Japan's decision to issue the arrest warrants follows the announcement by Sea Shepherd only a week earlier that they were issuing an arrest warrant for the Japanese whaling fleet whose activities they have long contended are illegal. "For now it seems to be dueling arrest warrants," said Captain Watson. "In December this ridiculous rhetoric will be set aside as we go head to head with the whale killers with new tactics, new strategies and with two ships against the pirate whale killing fleet. The whalers are getting desperate."

Sea Shepherd are intending to return to the Southern Ocean in December to continue their campaign against Japanese whaling. Operation Musashi (named after legendary Japanese strategist, Miyamoto Musashi) will see the Japanese fleet pursued by two vessels from the organisation. Sea Shepherd's stated intention is "to sink the Japanese fleet economically," chasing them relentlessly in order to prevent the fleet from killing whales while forcing them to continue spending money on fuel.