outside the Israeli Embassy tonight - photos 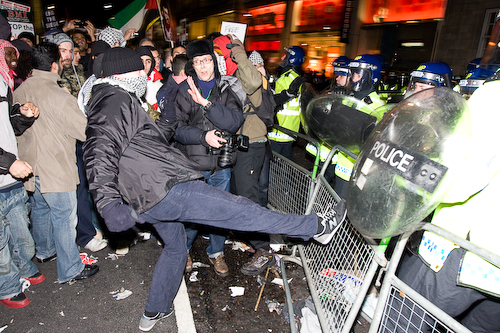 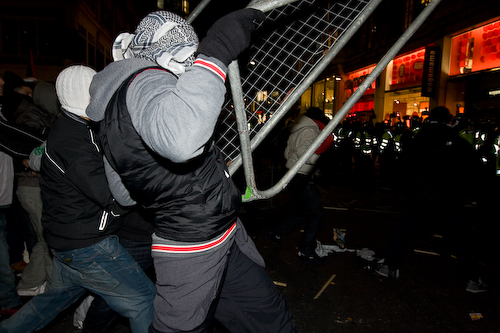 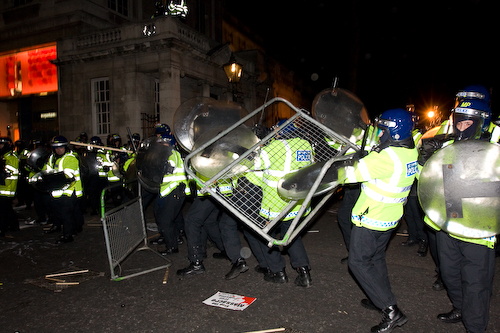 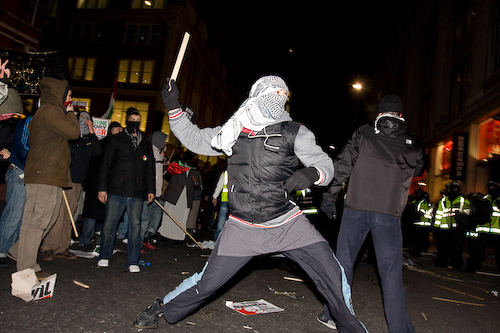 There were wide reports of major police brutality when protesters were lead in to the under pass by Picadilly were they were met by rows of riot police and block by riot police at the back, keeping them trapped in the tunnel. The riot police then proceeded to charge the protesters, trambling and stamping on them and hitting them with batons. One man was hospitalised. This was verified in an article on the times online site (see 3rd paragraph) :

and by George Galloway who accompanied by his two daughters was in the trapped crowd, and who the police allowed to leave the tunnel. Perhaps they should be as concerned about beating up and hospitalising normal citizens as they are about unleashing their brutal violence on an MP. Not least when those people are simply exercising their democratic right to protest.