On Friday the 23rd of January, over 100 Cambridge University students occupied the Law Faculty as a protest against the actions of Israel in Gaza. The action is in solidarity with similar occupations at more than a dozen British Universities across the country, at which students are making demands of their institutions. These include: scholarships for Palestinian students, donation of educational materials to rebuild the Palestinian education system, divestment from the arms trade, and full access of humanitarian aid to Palestine.

The students have started a blog to tell their side of the story, and there is a facebook group and photos on flickr. Incidents have included a "soup war" and a visit from Craig Murray (a former UK ambassador to Uzbekistan). Many statements of support can be read on the campaign blog. 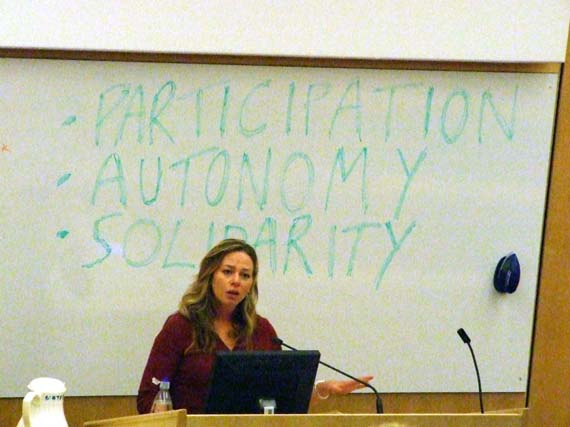 The students demands are