On Wednesday 1st April during a demonstration against the G20 in London, thousands of protestors were trapped inside a police cordon (kettled) where they were baton charged and crushed by the police. Ian Tomlinson, who appears to have been a passer-by, died during this demonstration outside the Bank of England. The police started a coverup immediately, claiming police and medics had been prevented from attending to him, although eyewitnesses reported seeing Ian Tomlinson being attacked by police shortly before his death. The corporate media parroted these police lies even though eyewitness accounts contradicted this [statement | video]. Now a video has surfaced clearly showing Ian was viciously assaulted by riot police from behind and violently pushed to the ground. Riot police and members of the Forward Intelligence Team looked on as a protestor attended to him. Minutes after moving away, Mr. Tomlinson collapsed in a nearby alley and died shortly afterwards.

An assembly and a procession has been called for this Saturday 11th April assembling at Bethnal Green Police Station at 11:30 am to demand a public enquiry. A procession will move off at midday to arrive at the Bank of England around 1 pm. Another protest has also been called for Saturday 18th April at 12 noon in Redditch, the Home Secretary's constituency town. A demonstration calling for an end to state murders has been called in Edinburgh

Anyone with information they believe may help clarify the circumstances surrounding his death should, as soon as possible, write a full statement and contact the Climate Camp Legal Team: legal [at] climatecamp [dot] org [dot] uk

N.B. If you have previously left any important legal information on an answering machine or sent to a different email address and nobody got back to you, please try again using the email address above

Reports: IMC - about the death | Death At The Hands Of Capital | G20 protests video shows perfect example of police tactics 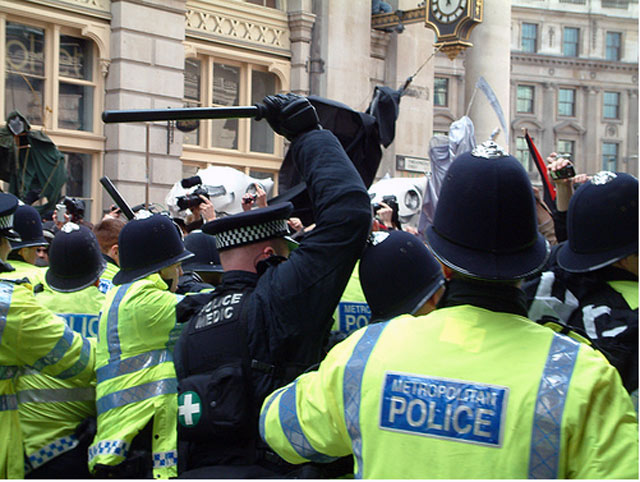