Cop on Facebook: "can't wait to bash some long haired hippys up @ the G20."

PC Rob Ward is under investigation but not suspended, for writing on his Facebook page before the G20 demonstrations in London: "Rob Ward can't wait to bash some long haired hippys up @ the G20." 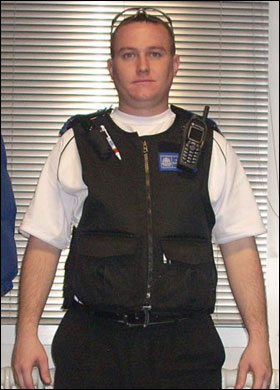 The cop wrote this on April 1 an hour after Ian Tomlinson was killed. before heading up to the G20 demos, where presumably he "bashed some long haired hippys". Seems like anyone with short hair was OK with him though.

The message was removed but it looks like someone spotted it somehow.

Report from the BBC news:

http://news.bbc.co.uk/1/hi/england/london/8016620.stm
It's also reported in a lot of the national mainstream press.

According to the Sun, he is based at a police station near his home in Enfield, north London.