Mr. Rajender Tandon -9810187321 lodged a complaint with the International Organization for Animal Protection - OIPA in India Representative Naresh Kadyan about killing of his one pair Pug dogs by the JET AIRWAYS, this matter was taken up with the Mumbai Police vide Complaint - #12377 dated May 12th, 2009 u/s 428 & 429 IPC read with the Prevention of Cruelty to Animals Act, 1960 & violation of the other relevant laws of the land 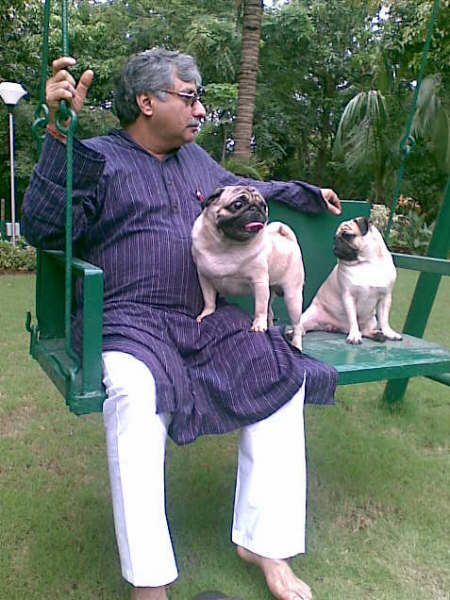 I reached airport around 13.30 hrs. We never put them in cage but becuse of travel requirements, before entering airport, at airport itself, I put them in well ventilated fiber cage. I checked in at around 13.45 hrs. Prior to check in, they were taken out of cage and cages were xray screened. Near xray machine, passing passengers played with them. They were perfectly well. I also carried their latest health/ vaccination certificates as per airline pets travel requirements.

While handing over, I checked with Jet Ground staff about the place, they will keep my pets before taking them in aircraft and requested them to keep inside the building itself.

On boarding, I again requested the air hostess to check weather they have boarded and are ok. The air hostess confirmed that they are OK and now boarding.

The aircraft landed at 17.40 hrs. After collecting my luggage, I saw Jet ground staff gathering around cages of my pets near entry point from inside airport at arrival. I reached there and was informed by Jet staff about bad news that they are no more.

I requested them to call a Doctor if something could be done at last minute. They kept on trying to call a doctor but no one responded.

They took me to some Appolo airport clinic within the premises but no medical help available there.

They took me to Terminal 1 B in their clinic along with pets, but doctor on duty refused to even see them saying he has no knowledge about pets..

They tried to locate a Vet near airport and sent one of their staff with me who has taken me to Dr. Sharma in South Moti Bagh Market who checked and informed that nothing can be done as they are no more. On our request, he further checked and informed that apparently it seems that they died because of acute respiratory failure due to deficiency of oxygen and issued a certificate to this effect. Copy of same was also collected by Jet staff.

One of the staff at airport also informally told that this has happened because of carelessness on part of Captain and crew of flight. The flight was operated by Captain Sheikh Ahmed.

Some of the photographs including video of my pets Jimmy and Batnu are attached herewith.

Thanks for taking keen interest in the case so that such lapses on part of airline are not repeated.

Kindly refer to the media reports about the killing of two Pug dogs in JET AIRWAYS flights, both dogs were killed due to lac of oxygen, hence the International Organization for Animal Protection - OIPA in India requesting you to please direct the concerned officer to lodge complaint against:-
Jet Airways (India) Ltd.
S. M. Center, Andheri-Kurla Road
Andheri East
Mumbai - 400 059
India
for violations of the various sections of the relevant laws of the land read with the 428 - 429 IPC & PCA Act, 1960.

Thank you for your query. We will get back to you as soon as possible.

Abhishek Kadyan, Media Adviser to the OIPA in India