On Saturday 27th June, over 2000 people took part in the Transnational demonstration in the French port city of Calais, called by the Calais No Border Camp 2009. A group of around 500 people left the camp at around 9.30am to march together to the meeting point at the Calais Lighthouse. This group quickly encountered a police line blocking the road, and which effectively became a check point as riot police demanded the demonstrators to be searched as a condition for the march to move forward.

Some people decided to allow the cops to search them, so the march could pass trough the police line and arrive on time to meeting point where local groups and unions were waiting for the campers to arrive. Others refused to do so when it became clear that cops were confiscating scarfs and coats from people's bags. After half and hour or so of a standoff, finally police opened the line when it became obvious that searching everyone would be a logistical nightmare, specially taking into account that there was only one female police cop searching women through.

The march then proceeded to move through a surreal game of cat and mouse with the cops. At every intersection where the demo was trying to move into town towards the Lighthouse, lines of riot police were quickly formed preventing it from moving on. This forced the march to improvise a route in order to not get trapped. This meant that what should have been a half an hour stroll to the Lighthouse, became an almost 3 hours long journey through council estates, back roads, parks, industrial estates and so on.

The campers stood together for the whole time, so they managed to eventually get to the Lighthouse where around 1500 people had been gathering waiting for them to arrive. Then the planned march towards the ferry port finally started, but once again, lines of riot police kept blocking the demonstration at every junction towards the port. That forced the demonstration to take an alternative long route, which ended when it encountered a massive police block at the main road leading to the port. At this point it became clear that it would be impossible to overcome the hundreds of riot police lines with tear gas, water cannons and mobile fences, so the marchers decided to go back to the starting point at the Lighthouse, where a series of speeches by migrants took place explaining the conditions in which they are forced to 'live' in and around Calais.

Here there are some pics of the demo: 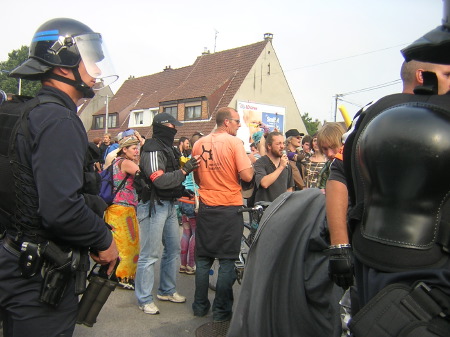 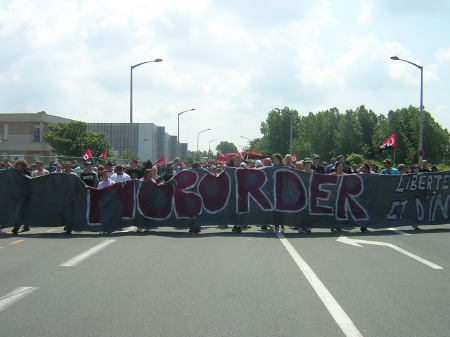 The campers finally go through the first standoff with police 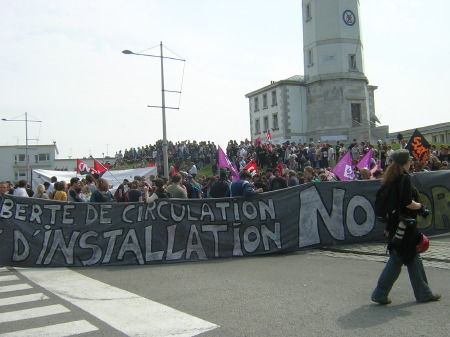 And finally arrive at the Lighthouse meeting point 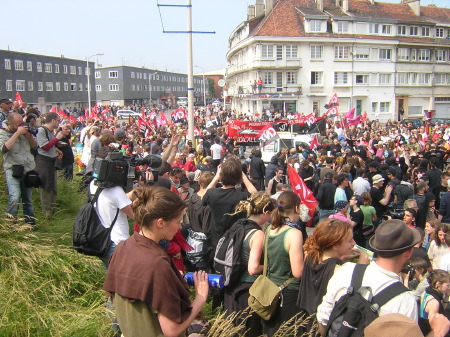 where a large crowd had already gathered 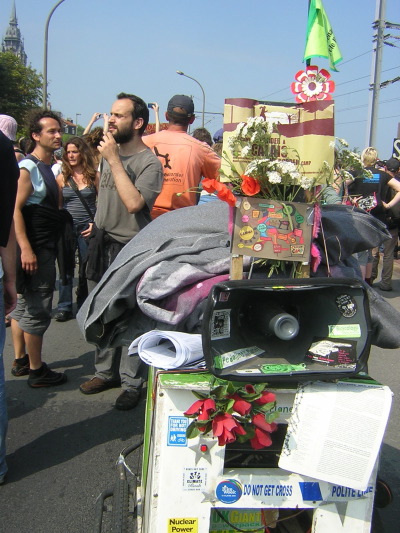 Mobile sound system at the march 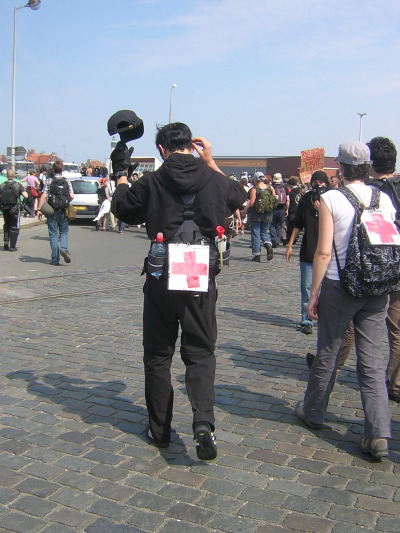 camp medics at the demo 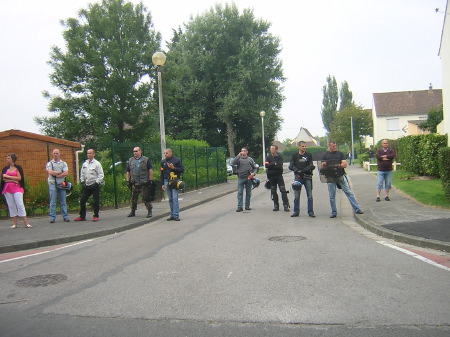 'Plain clothes' cops along the route of the demo 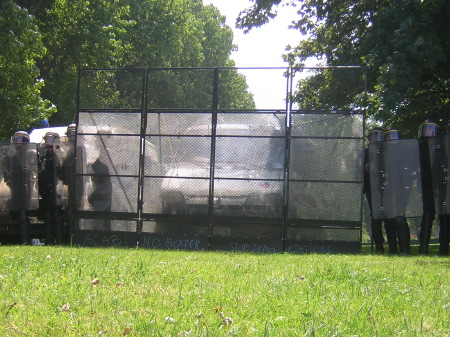 police lines blocking any direct route to the ferry port 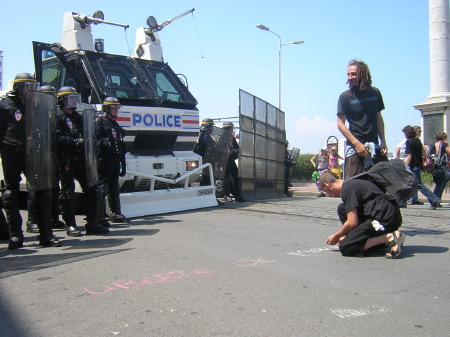 and another police block 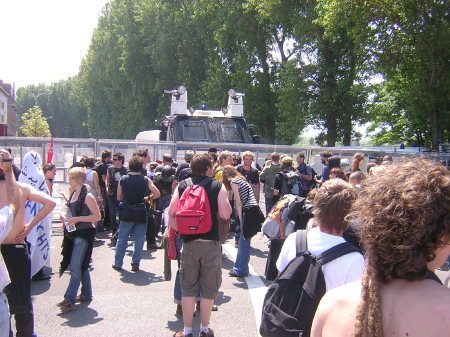 Final polie block to the road leading to the port 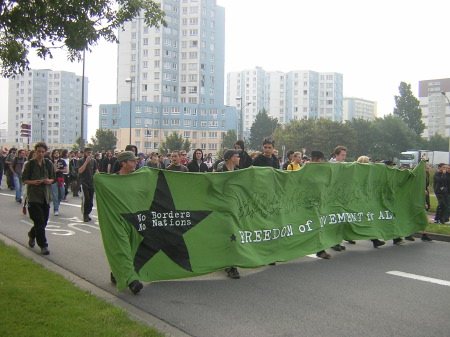 And here there's a collection of banners at the demo 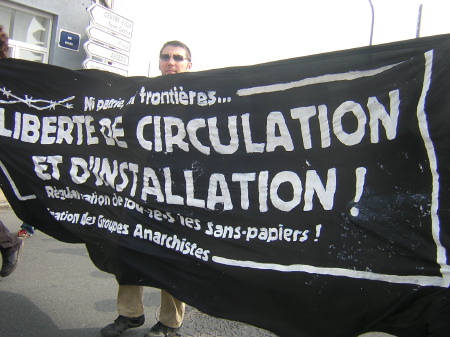 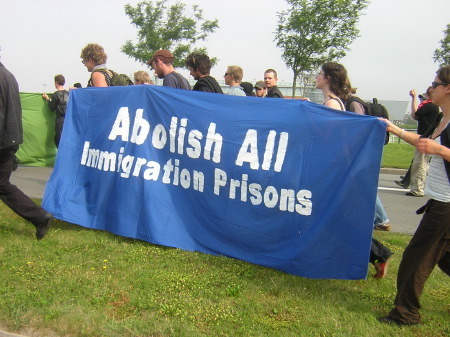 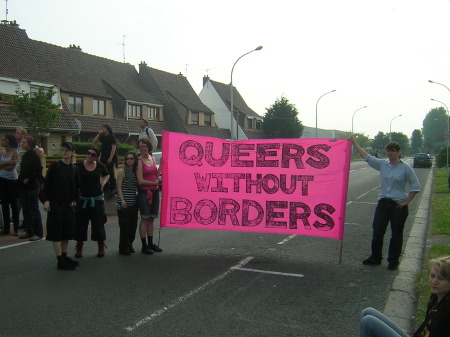 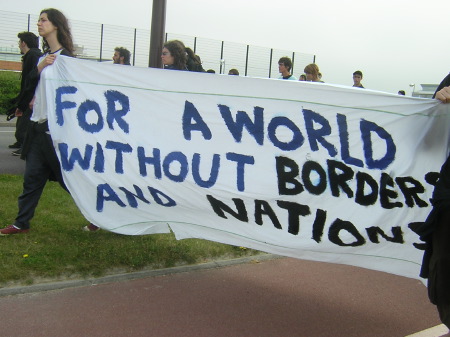 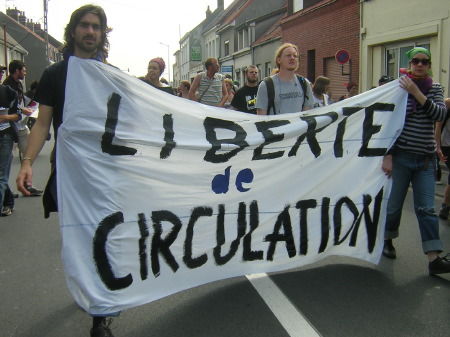 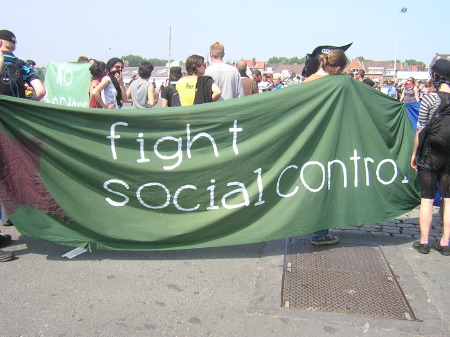 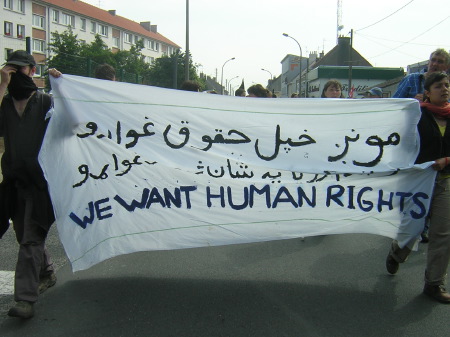 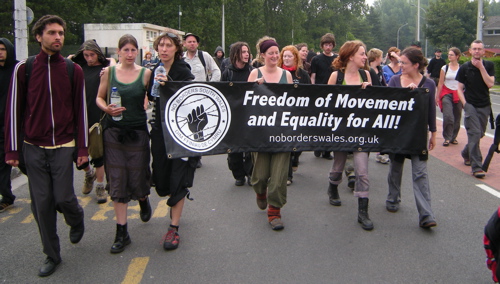 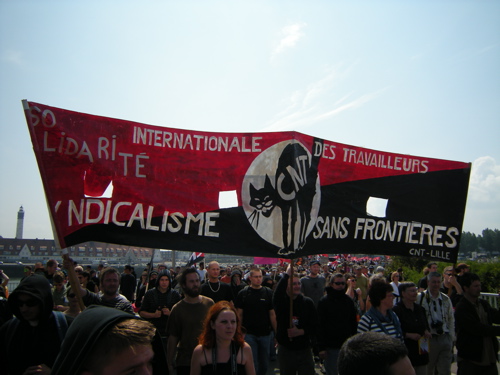 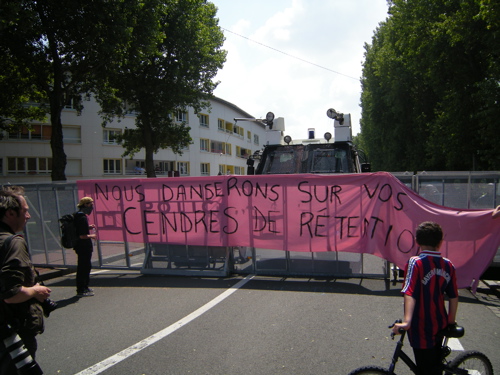 in front of Water cannon