No Border Camp at the UK Border extention beyond the channel

A farcical curtain of steel descended on Calais, and the massive campaign of demonisation of the camp by the local authorities continued in the press. The camp gradually grew to around 1000 people from all over Europe. Many local people visited the site, a group of around 100 mostly Kurdish and Afghani migrants participated at a daily basis and a lot of local kids and young adults hanged out in the Camp [Report and Pics]

It run alongside the main motorway from the port out of town and it was just a few minutes from the "Jungle", the makeshift camps where migrants are living. Migrants report that currently the controls at the border are very tight and that no one has been getting through for few weeks, consequently the number of migrants in Calais are at their highest in several years.

On Sunday 21st of July, people from the camp went to the festival in the town centre of Calais, with a sound system, to give out leaflets that explain the aim and nature of the camp, in an attempt to communicate directly with the locals beyond the media lies. After the prohibition to distribute any kind of literature that was issued the following Monday, giving out leaflets became an action in itself where people got arrested. Issues of the daily produced newspaper "Nomad" were also confiscated.

Assisting the migrants seems to be a criminal offence, which granted an arrest on Wednesday 24th June, but people have been thinking about some paractical ideas you can do this summer to help the hundreds of migrants stranded in Calais.

On Friday 26th morning, a man demanded showers for migrants when he glued himself to the entrance of La Mairie de Calais - one died trying to have one in the dangerous place where they are forced to wash themselves. In the afternoon, the local motorway was blocked to highlight the hypocrisy of allowing freedom of movement for goods and animals but not of people. Reports: [1|2] Pictures: 1 [Summary of Friday actions]

Back in the UK, a demonstration was called in solidariy with the detainees in hunger strike in Yarl's Wood detention centre [Photos 1 | 2]. 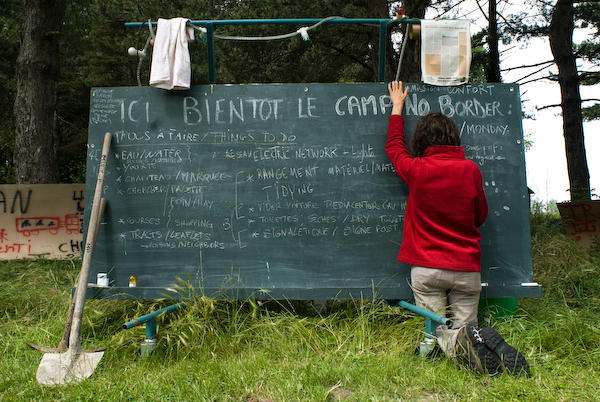 preparing the agenda for the meeting 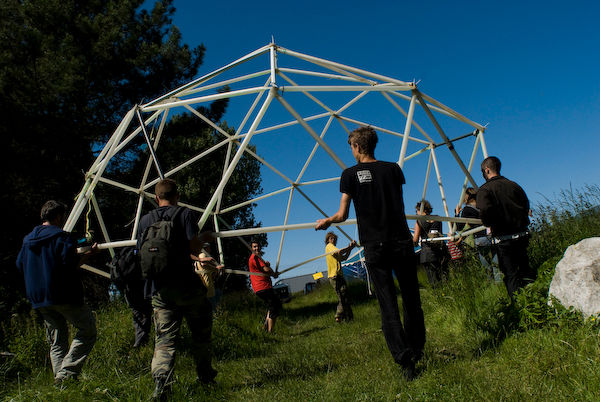 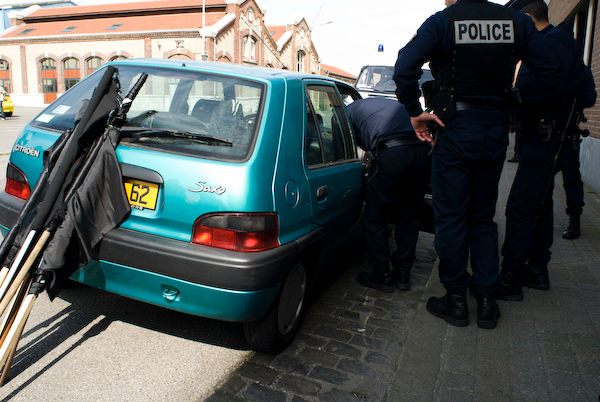 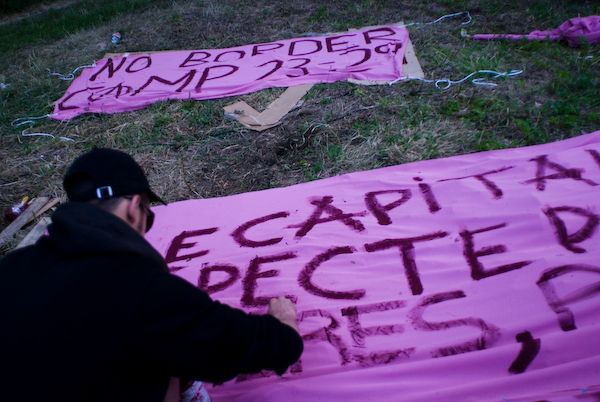 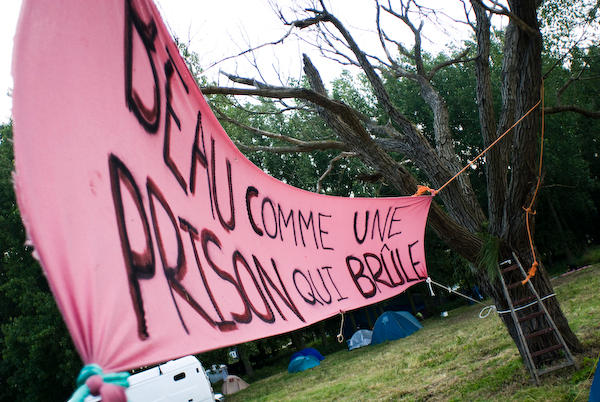 The Calais No Border camp is a joint venture between French, British and Belgian activists. It aims to highlight the realities of the situation in Calais and Northern France, to build links with the migrant communities, to help build links between migrants support groups, and to challenge the authorities on the ground, to protest against increased repression of migrants and local activists alike.

It is included in the No Border Camps' 'tradition', set up in the whole world since 15 years - Strasbourg 2002, Gatwick 2007, at the US-Mexican border or in Ukraine in 2007 and we are linked to the August '09 No Border Camp in Lesvos ... Everyone is invited to join the camp to discuss about the borders and freedom of movement issues, to imagine and take part into symbolical actions, to live together collectively with the migrants of Calais and the activists and to demonstrate on the 27th of June.

There is a busy timetable of workshops that gets updated every day in the welcome tent.

As people get stopped, detained, brutalised and deported at the Calais border routinely, activists traveling from the UK to France had a very different luck.

Some people got stopped before getting on the ferry to Calais by border police, and were made to miss their ferry. After that, they had no trouble.

Some other people encounter not a single passport control either in Dover nor in Calais. Then, once in the town of Calais, they were stopped by French regular police and had their passports checked. Police wrote down every person's name and other details, classifying them into their different nationalities for future reference ("Hey, there are two Spaniards here", said one policeman to another).

some more pics of the camp 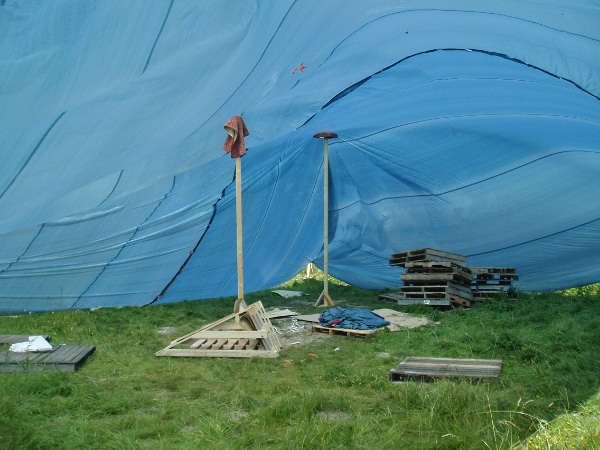 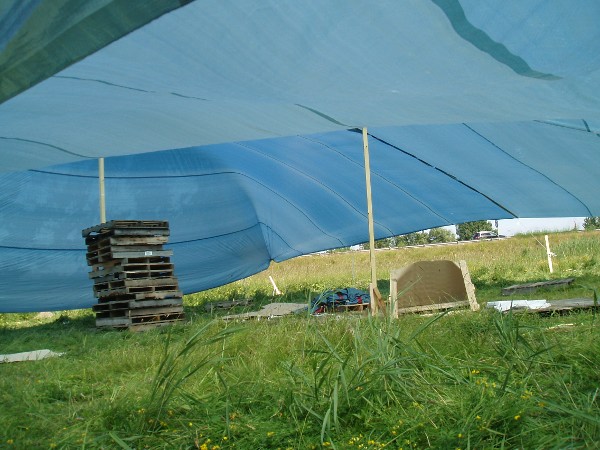 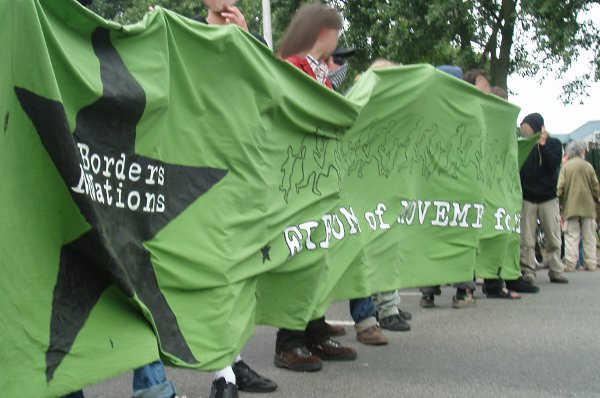 The tent showing on the pics finally gave in to the wind and had to be put in another place, protected from the wind by the trees.

The blockade is from Wednesday, when police were not allowing people out of the camp at all, then campers went outside to block the road for every one else too. After a few negotiations both blockades were removed.