In support of SMASH EDO CAMPAIGN and against banks in general,
on Tuesday 15 December at around 4.15 in the afternoon, a picket was held outside Barclays bank in Gravesend, Kent as part of the Smash EDO Campaign of targeting Barclays banks over their investments in the arms industry. 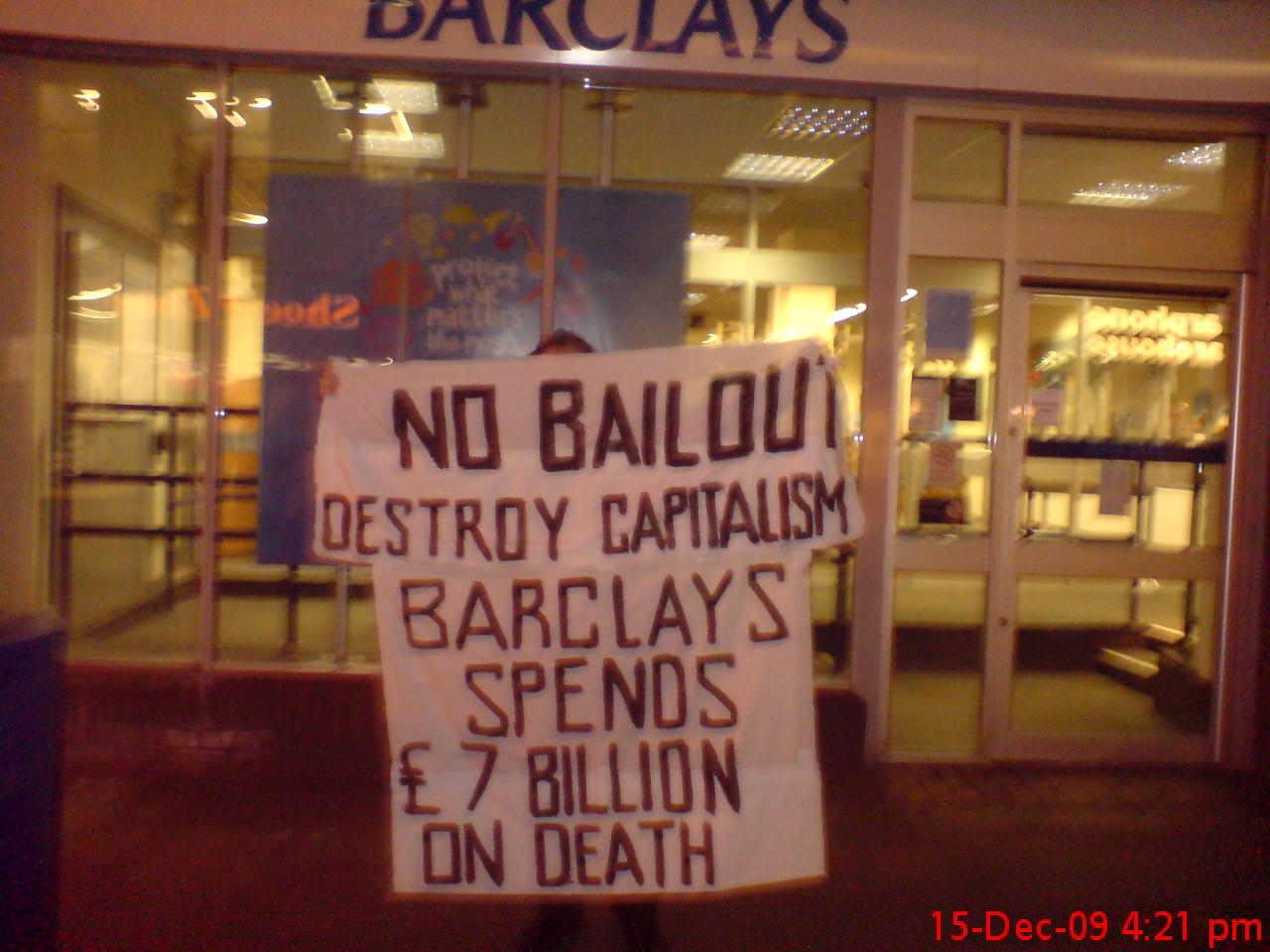 Despite being a bit late in the day to hold a picket due to work commitments and only an hour before bank closing time, the response from the local people was good. People in Gravesend (like everywhere) are pissed off with banks in general and supported the picket. Smash EDO leaflets and leaflets of the London Coalition Against Poverty (LCAP) (unemployed workers' union) were handed out at the picket. Bank staff came out to see what was happening and were reminded of the role of banks, as parasites, thieves and usurers, that bank charges should be abolished, and that there should be an end to fat cat bonuses.

THE BANKS ARE SCUM!
BAILOUT THE PEOPLE NOT BANKS!
NO BANK BAILOUTS – DESTROY CAPITALISM!