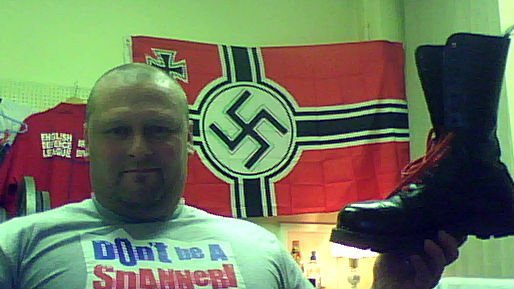 The English Nationalist Alliance plan to march in London on the 31st July from 2pm. They will march from Tothill Street SW1 up to Whitehall where they plan to hand in an anti Islam letter to the government and then on to Waterloo Place where they will hold a rally.

There will be a counter protest against the racists and Islamophobes in London the same day at 2pm. Meet at Whitehall from 2.30pm.

The protest has been called by an anti racist group in London and the Muslim Defence League.

We ask that people remain calm and peaceful on the protest. We understand and share people's anger about the desecration of the Finsbury Park Mosque and will contact them tomorrow. We are asking that people do not react violently at the protest towards the ENA and the EDL etc as this is what the racists od the ENA and EDL want. They are trying to goad Muslim youth into violence. Please do not walk into their trap.

Joel Titus [admin of the public English Defence League London division facebook] has said that he does not support the English Nationalist Alliance but he and the EDL London Divison members will still be attending the march.

There has been dialogue between anti racists and the EDL. Both sides promised the other that the protests would be peaceful. What the EDL have done by placing the pig's head on the Finsbury Park Mosque is goading and incitement. The promises of peace from the EDL are empty.

The EDL are an Islamophobic, violent organisation full of racists. Pictured is an EDL member Wayne Baldwin with his EDL shirts hanging on his wall next to his swastika flag.