There is now conclusive proof that Mark Kennedy had become involved with Global Open Ltd BEFORE he resigned from the police.
The Daily Mail stated on January 12:

“An undercover policeman who posed as an eco-warrior used his false identity to spy for an energy giant after leaving the police. PC Mark Kennedy secured a lucrative contract with investigators working for E.ON before his seven year secret was exposed ... Now documents reveal links between Kennedy and a company run by ex-Special Branch officers, Global Open, which keeps a ‘discreet watch’ on protest groups for clients including E.ON ... The ease with which he used his taxpayer-funded false identity for private gain sparked anger from green groups last night. E.ON would not confirm or deny whether Kennedy worked for it.”

Here are the facts

(His full name is Mark John Kennedy and he was born in Camberwell on July 7, 1969 – the same DOB as his false ‘Mark Stone’ passport. His mother’s name was Jones.)

Its registered address is:

(This is the home address of Heather Millgate who had, since at least 2007, been describing herself as ‘Marketing Manager’ of Global Open Ltd.)

April 2010: Kennedy resigns from the police.


Heather Millgate is a solicitor, running a company describing itself as "personal injury specialists" (ambulance chasers).

Might be worth calling to ask where Mark Kennedy/Stone is now...

Thank god someone finally published some decent information about PC Mark Kennedy - since he and the state know so much about us!

The original investigating team, Dr Simon Lewis (one of the Ratcliffe 6 Deniers who communicated with Mark behind everyone's back in the hope that Mark would get him off) and any others who have information about Mark and are withholding it from what they obviously perceive as 'the mob' are rapidly revealing themselves to be only slightly less than collaborators at this point. An email to IM moderators telling them to remove any posts with sensitive information relating to Mark such as that he had a canal boat is a disgrace.

It is not our business to protect an undercover agent.

I wouldn't describe the DAily mail as a trustworthy source. It seems to me that they might have pulled their story cause the source wasn't trustworthy.

Where did you get your facts from? 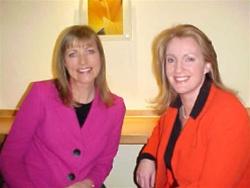 here's a pic of heather the spook...not claer which of the two women is her though!

People connected with the Company

Mark Kennedy / Stone AKA Flash worked for Global Open a private security company who spy on behalf of corporations.

RODERICK LEEMING
His email address is

Global Open have a very specific interest in working with pharmaceutical and Biotechnology industry. In 2007 they were represented by Mrs Heather Millgate at the EU-Malasia Biotechnology Business Partnership.

Global open has a staff of approximately 18-25

Hardly in their interests is it?

Of course no national newspaper is a trustworthy source but it is (a) stating facts that can be easily verified by Companies House (b) it is hardly acting in the interests of big business to make such revelations, and (c), if it was untrue E.ON would have denied it.

Kennedy could hit the big screen

According to the Guardian...

It's a staple of countless Hollywood films, from Point Break to Avatar, the tale of the undercover mole "gone native". Now Britain is to get its own equivalent based on the real-life story of a Met police officer who spent seven years posing as an eco-warrior to infiltrate a group of activists.

Members of the group say film-makers interested in turning the story into a screenplay, have since approached them, although it is not yet known if Kennedy will be involved. A source told the Telegraph that UK company Century Films was among those who had been in touch, adding: "It has been extraordinarily bizarre for everyone – and then to be the possible focus of a film." A publisher is also said to be trying to contact Kennedy with the aim of offering him a book deal.

How about Johnny Depp to play Kennedy?

Simon Lewis was not part of the group that exposed him - that's misinformation.

Read again; the line doesn't say that S.L was involved, it says that all those who have basically touted themselves are collaborators.

The IMC MSG reads like you're trying to protect Mark Kennedy, or otherwise why would you ask for personal information about HIM to be removed?

I didn't post the email to IM - someone else did. It is not about protecting Mark, but about protecting other people. There is a concerted effort to attempt to protect people who have been seriously affected by his actions - they are good people who deserve that consideration. Mark can go fuck himself, basically, but we are screwed as a movement if we are unable to take care of our own friends and colleagues who do not need Daily Mail journo scum door-stepping them (those unmitigated bastards have already been around to various houses digging for dirt). That is the current fall-out of this whole fucked up situation - do you really think that we should not be doing that? Those people are the priority as far as I am concerned, not those baying for blood for the sake of it. And that is coming from someone who worked closely with Mark over the last few years, who considered him a friend and would happily see him hung out to dry. It's grim, but loyalty first to our friends who do not need their names and faces splashed over the newspapers on top of all the other shit.

Personally, I think there has been a massive fuck up in the way this has been handled since the collapse of the Ratcliffe, and I'm not overly happy about some of the politics behind it, but the end of the day, meeting the demands of everyone for full-disclosure on absolutely everything is bullshit as there are other considerations. Sorry if that dents a few egos, but tough shit really.

The way I read the sentence was that you were implying SL was part of the original group, but I accept that was not your intention.

I emailed IM and asked them if they could remove some comments that alluded to the more tabloid-friendly aspects of the story. I certainly wasn't trying to protect Mark. I was keen to forestall the press clusterfuck that is currently enveloping people I personally care about.

Will people please stop this "protecting Mark Kennedy" crap. There ARE people who deserve to be protected, some well known to us, some whose existence was unknown until October. We would be utter low-life scum and no better than cops ourselves if we did not do our best to protect these people. From the outset, the effort has been to protect them mainly from the media.

HOWEVER, MARK KENNEDY IS NOT ONE OF THE ABOVE PEOPLE..If you know anybody who has the least desire or intention to protect Mark Kennedy from anything, please say who it is, how they are protecting him, and what he's being protected from.

It looks like he now needs protection from his erstwhile rozzerista employers. Ha ha! But he's getting no protection from any quarter I know of and deserves none at all. He can stew in his own fucking juice. He cooked it.


Discussion and photograph here showing that Mark Kennedy was involved in the infiltration of the Stephen Lawrence case campaign.