In a miscarriage of justice reminiscent of the Ratcliffe case, six antifascist are currently being held in Wormwood Scrubs and one is on bail after being found guilty of "conspiracy to commit violent disorder". The first trial, of 11 of the 22 activists facing this absurd charge, ended on 28th June 2011 with four people being acquitted, four sentenced immediately to 21 months in jail, two others sent to prison awaiting sentencing, and the other released on bail pending sentence. A second trial of the 11 other activists is threatened to start on 12th September 2011.

The incident that led to police raids across the country and 23 arrests occurred on 28th March 2009 when a number of antifascist activists travelled to Welling in south-east London to protest against a neo-Nazi "Blood and Honour" skinhead gig at the Duchess of Edinburgh Pub. No fascists have been arrested or charged or have even appeared as witnesses in the court case and in the absence of any evidence forthcoming from the fascists the Police and Crown Prosecution Service spent a vast amount of time and resources to press charges which are tantamount to a thought crime and if widely applied would in effect make it illegal to organise protests against fascist events. The use of "conspiracy" charges against large groups of activists — charging them for things that might have thought about rather than charging them for anything they have actually done is clearly being done to suit a political agenda which involves the draconian repression of progressive activists, no doubt intended as a "deterrent" to others. While at the same time real corporate criminal conspiracies are covered up and swept under the carpet, contrast the treatment of the activists with the kid-glove treatment by the state of the Murdoch media crime family, as the collusion between powerful media, corrupt police and the political establishment is further exposed. 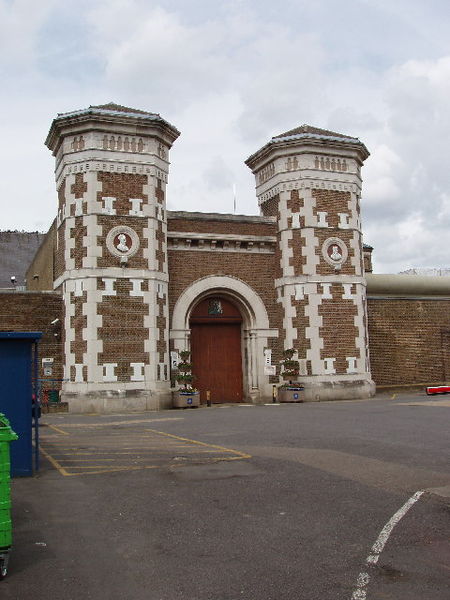 The double standards of the establishment could not be more stark as when you contrast the number of state operations against protests which have resulted in murder, actual bodily harm and violent disorder being perpetrated by the Police against protesters, and how many times sections of the Police force have been charged with "conspiracy to commit violent disorder".

The verdict of the Ratcliffe case in which activists were initially found guilty of "conspiring to commit aggravated trespass" was overturned on 19th July 2011 on appeal following the suppression of evidence gathered by the Police spy Mark Kennedy by the Crown Prosecution Service. It is to be hoped that the similar conviction of the antifascist activists will in time also be overturned, in the meantime Leeds Anarchist Black Cross have some suggestions about what can be done to support the wrongfully imprisoned activists:

Prison addresses for the antifascists are given below. Please write to them or send them a card. Please enclose a stamped self-addressed envelope if you would like a reply. You can also send them cash, Postal Orders (made payable to ‘The Governor’), and stationery. For advice on writing to prisoners please see the Leeds ABC website.

The Anarchist workers co-op Sabcat have also produced two benefit T-shirts in support of the imprisoned antifascists. Further details on the Sabcat website at www.sabcat.com.

In view of the forthcoming trial of other comrades please refrain from discussing the details of the case on this thread.

another useful link to support group formed by friends and comrades, especially if you want to donate by paypal:

Conpiracy crime was written into law in 2005, nothing new here...

Might be worth paying attention, and showing solidarity, to those first in the firing line. So far only Sean Kirtley's conspiracy charge under SOCPA has been overturned once sentenced, so the likelihood of getting successfully appealing is slim in my opinion.

The only relevance here is the application of these type of political attacks against other movements (environmental and anti-fascist), whilst Muslims and animal liberationists have suffered for sometime now, but apparently this isn't as relevant to mention...???

21 months is rough, but its nothing like getting upto 11 years - or life!

Should we not start resisting these sort of attacks once they begin, instead of when they've infected more 'broadly supported' types of movements?

Solidarity to all 'conspiracy' political prisoners

Existed before but new use

"Conspiracy" in common law has been around for a long time, but is tightly restricted by precedent. 1977 and 2005 are significant as effectively resetting the law so that previous precedents no longer apply. It's been periodically abused for a long time, the Ricky Tomlinson case in the 70s is now semi-well-known, the GANDALF trial (which failed) was also under conspiracy. I was posting on here at the time of the SHAC case saying what a dangerous precedent it was - basically it means anyone organising a direct action campaign could be jailed for conspiracy, which is what we're now seeing - ditto when they went after Islam4UK for protesting offensively (watch that one spread). SOCPA "interfering with contractual relationships" is a special anti-animal-rights power which isn't generalisable unless they pass new laws, but still extremely menacing and absolutely draconian - it also has a precedent in Thatcherite (or earlier?) anti-union laws banning secondary picketing. Admittedly the pigs tagging "conspiracy to..." onto it was a later development. They've also been using "conspiracy to commit violent disorder" against football hooligans for some time but with more definite evidence (i.e. vs people arranging meeting places for fights and the like), they also tried it back in the 90s against hunt sabs, but didn't get jail sentences. It does sound like this is different from previous cases, but in the same ballpark as SHAC, and very similar to Radcliffe: they're taking association with protesters as a basis to infer conspiracy in particular actions, which then allows collective punishment of a group. It's spreading from group to group, and the situation is becoming more Iran/China-like by the day.

Thomas and Austen have now been sentenced and Sean, Ravi, Phil, and Andy have been transferred to other nicks. See the Leeds ABC website for the latest info.