UKBA tried to deport the Saleh family on a privately listed (charter) flight at 8AM, unknown airport. Friends and supporters tried to block the coach taking them out of Cedars family prison. A massive police operation (more than 50 police vehicles counted) got them through. We hope not in time for the flight ... 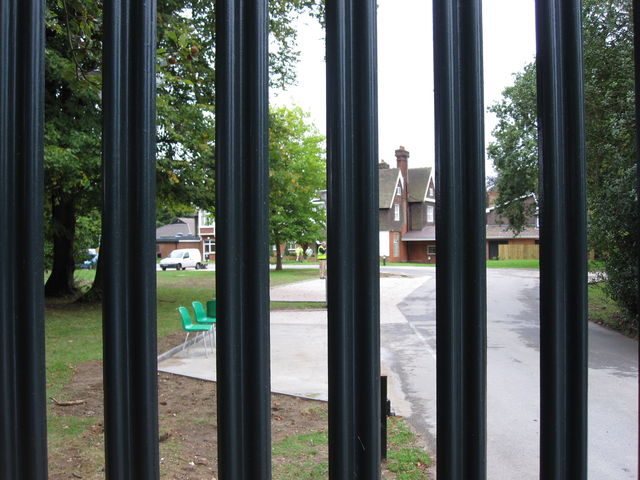 A judge granted an injunction then withdrew it after being contacted by UKBA (which is unlawful as they are supposed to go through a formal appeal process). They were due to leave the prison at 1.30AM. They were held up by supporters for 5 hours until 6.30AM, including one person who jumped the fence and locked themselves under the bus. Literally dozens of police vehicles, and dog teams were set on the protestors. One supporter (the locked-on person) arrested, one hospitalised. We don't know yet whether they made the flight.

2 hrs ago: Despite the best efforts of everyone at the detention centre, the bus has now left with Mrs Saleh, Ibrahim and Laialy on board. There is not much time for them to get to an airport and check in before 8am though we still don't know exactly what might happen. We will update one we know more. Thank you so much to everyone for all your continued support.

4hrs ago: The person who was under the bus has been cut off and the bus has moved in to the detention centre. We think the family are now being prepared to be put on the bus. This is so unjust...

5hrs ago: Someone has attached them self to the underside of a bus which is at the gates of the detention centre, blocking the exit. This has been in an attempt to stop the family being removed unlawfully. There are also
reports of the police using force against the friends and supporters who are gathered outside the gates.

7 hrs ago: Some friends and supporters have gathered outside Cedars - the Barnado's detention centre - in Pease Pottage in Crawley in support of Mrs Saleh and her children. They said they have seen three people in a window of the centre waving. The friends said there are also many police and police dogs there.

9 hours ago: The judge granted the family an injunction then the ukba got in touch with them and persuaded the judge to cancel the injunction. According to the law, the UKBA should have appealed the injunction properly at court. This should have had 48 hours notice in between. Please, if anyone can help, any solicitors or barristers please get in touch.