There's now a free stall in Wrexham People's Market, Chester Street, Wrexham open for sharing from Monday to Saturday every week. The stall's being run by the people for the people. Those taking part include members of Give and Take, Freeconomy Wrexham and the Yum Yum project, others with an interest in developing the gift economy and everyone else who's given stuff, taken stuff and who's helping look after the space. Join us, to take, give or help out on the stall. 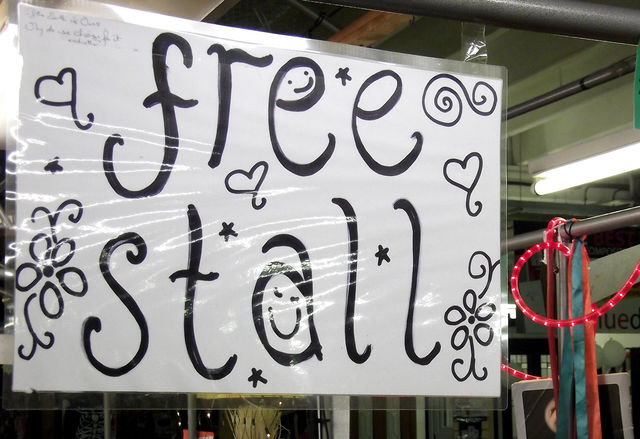 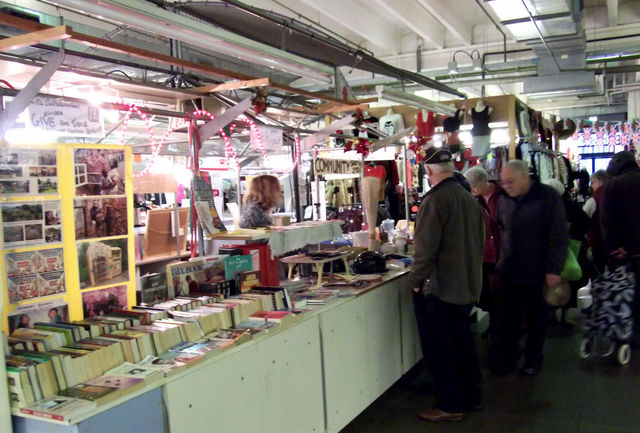 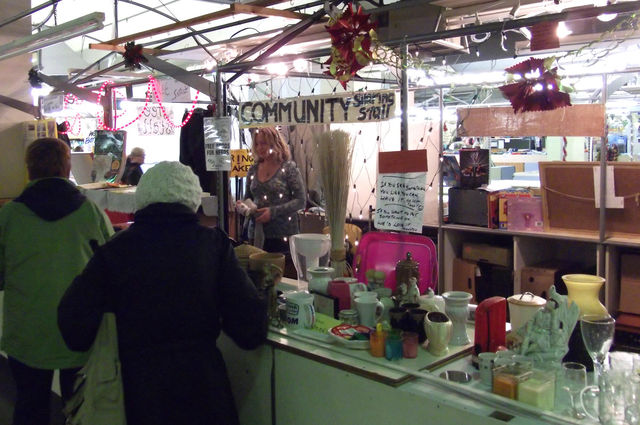 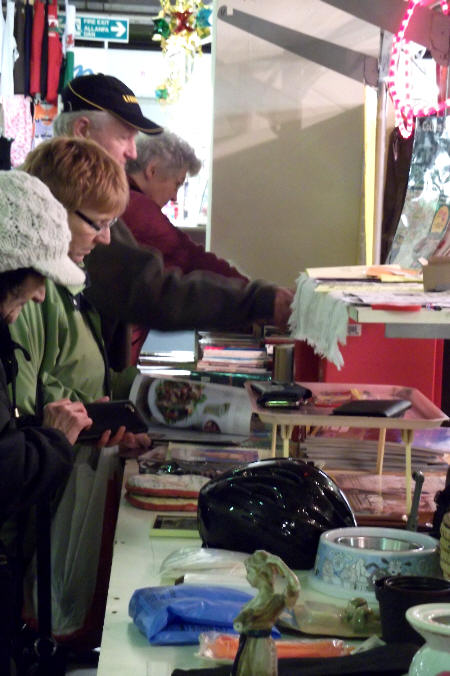 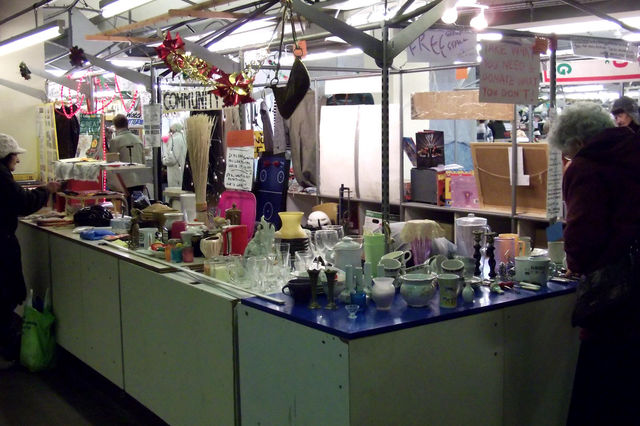 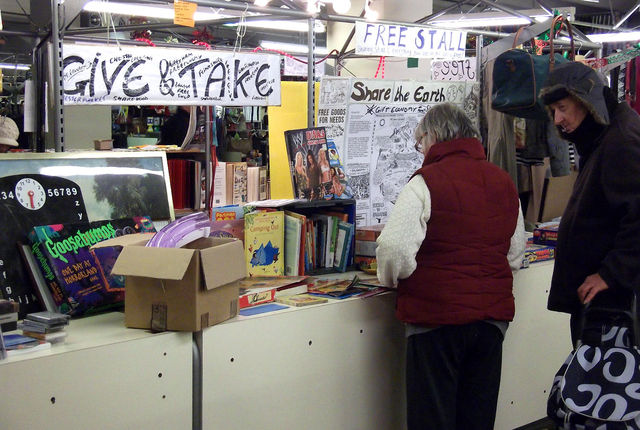 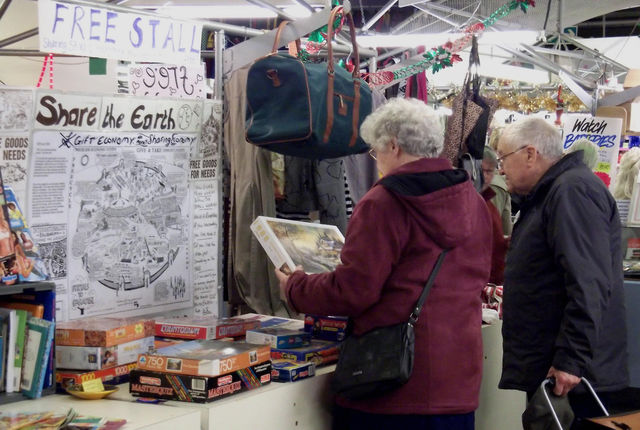 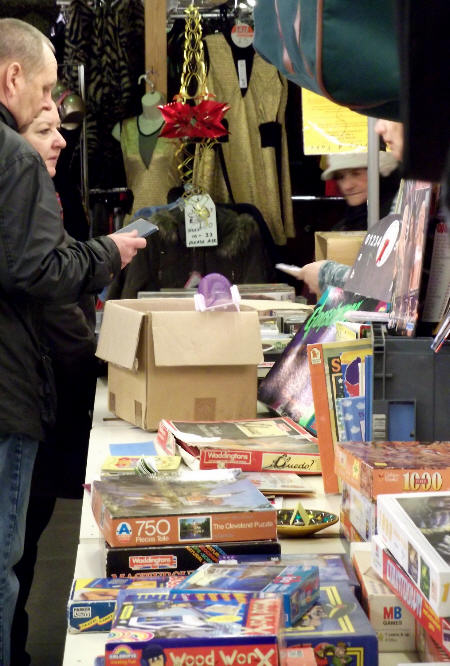 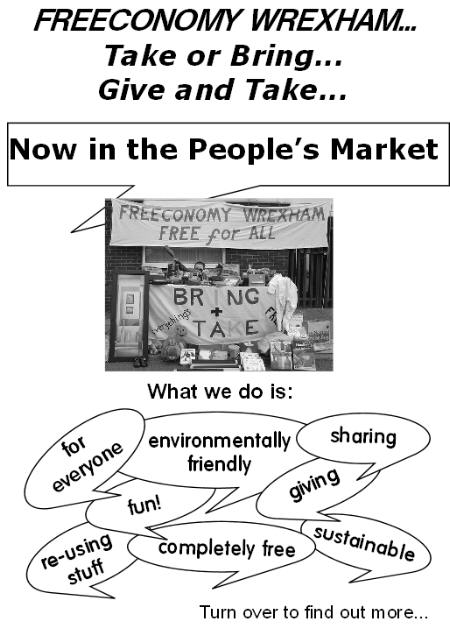 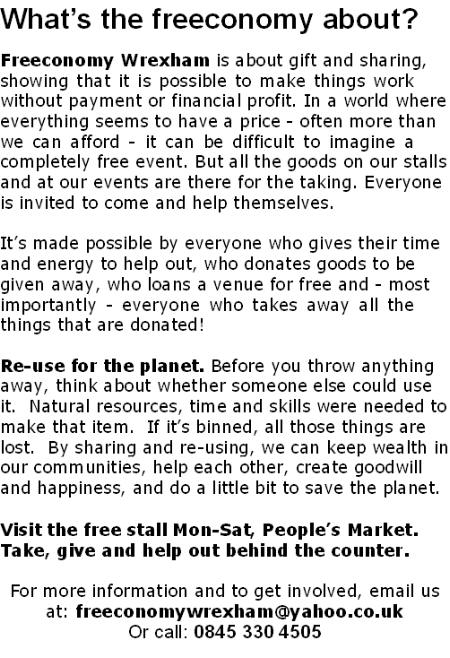 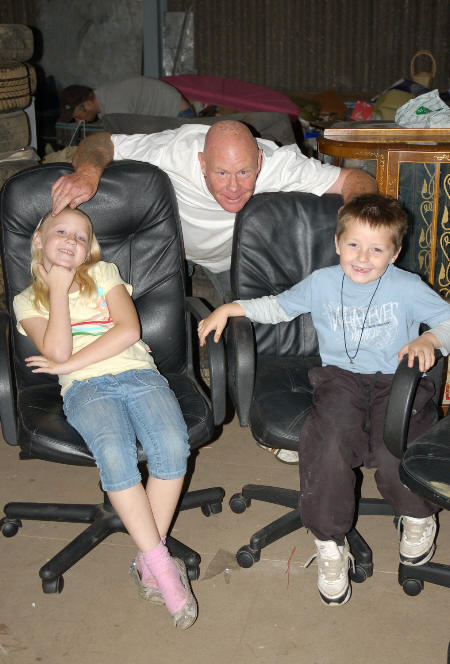 This post is for Dave, founder member of Freeconomy Wrexham, pictured above. Without Dave's energy, enthusiasm, commitment and willingness to shift stuff around in his van, we'd never have got the project off the ground back in 2008. Also, we've been at Barclays Bank the last couple of weeks [ 1 | 2 ] in solidarity with the people of Gaza, protesting Barclays' involvement in the arms trade and support for Israel. We were using props from a previous Barclays action Dave helped organise in 2009. I think the last freeconomy event we did together was a week at the Dark Mountain Project in Llangollen in 2010 where we camped and set up the usual free stall as well as sharing food all week, adding a hot drinks and vegan cake stall for the weekend.

As Freeconomy Wrexham swings back into action and as we're back outside Barclays Bank with the same banners and props, we're thinking of and badly missing Dave who's seriously ill in hospital right now. Sending you our love and wishing you better, mate.

A free stall in the People's Market... Here's to free stalls everywhere.

There are some empty stalls in the middle of Wrexham People's Market. As part of an initiative to try to increase footfall, there's currently an art exhibition A Sense of Place in the market, organised by Cyfuno. We were invited to bring a free stall for the launch of this event at the beginning of November and asked if we could stay on.

Meanwhile, Penycae Church of the Nazarene has been organising its own Bring and Take events every six weeks or so since Freeconomy Wrexham introduced the idea and did one joint event with them several years ago. So, on Buy Nothing Day this year, Saturday 24 November, Wrexham was hosting two free events, one at the Penycae church and the other in the People's Market. Leftovers from Penycae were donated to the stall.

Free stalls pretty much look after themselves – it's not as if we need to worry about shoplifting. The Wrexham stall is currently being maintained by a few of us popping in as and when we're able, along with some enthusiastic converts to the idea and a friendly neighbouring stallholder. There are empty market stalls up and down the country. Now is probably a good time to persuade your local market manager that a free stall would be an asset to your community.