Earlier this week, the Planning Inspector granted the appeal by GP/Dart/now IGas against Wrexham Council's refusal to grant planning permission for a test drill for Coal Bed Methane at Borras (near Commonwood) near Wrexham. Test drilling on the site could now go ahead at any time.

Yesterday, Saturday 11 October, flyers for a public meeting on 23 October were handed out to football fans before the Wrexham vs. Grimbsy 150th anniversary game. If we want to see another 150 years of Wrexham AFC we're going to have to stop the frackers. 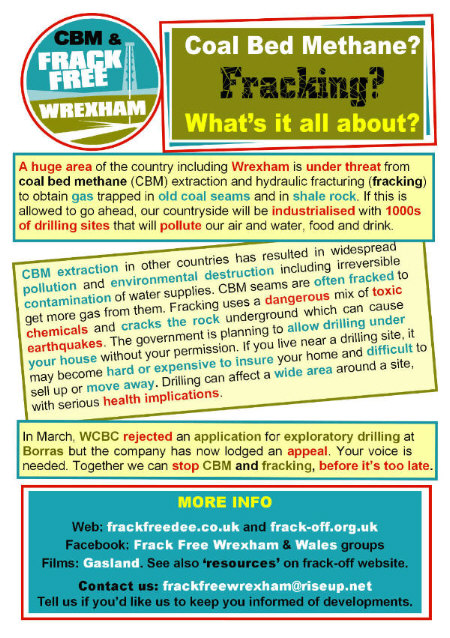 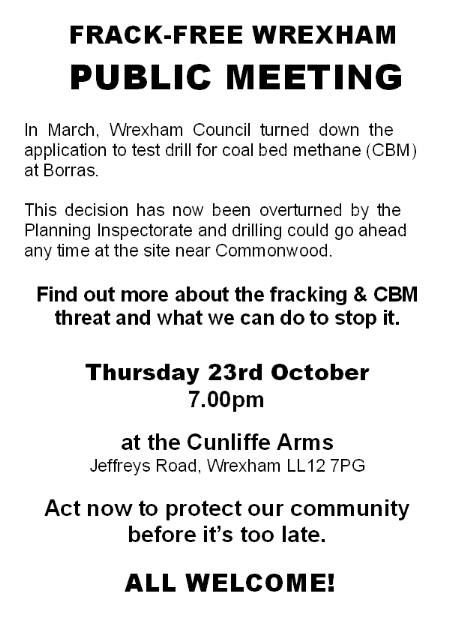 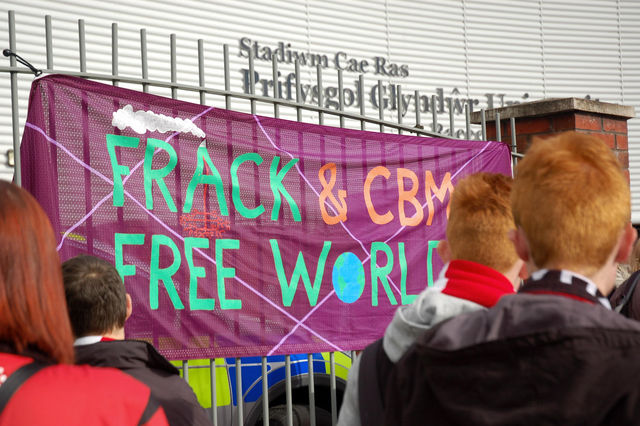 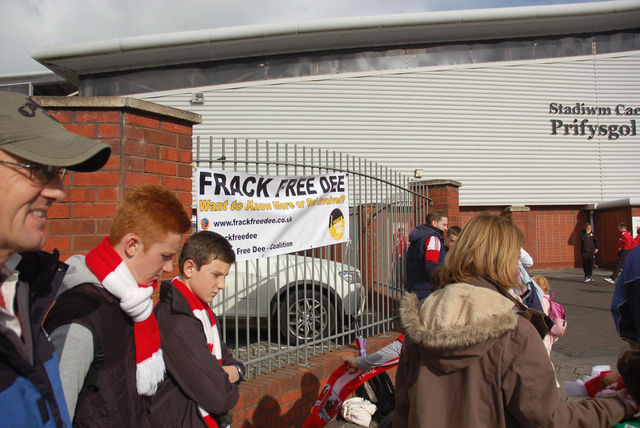 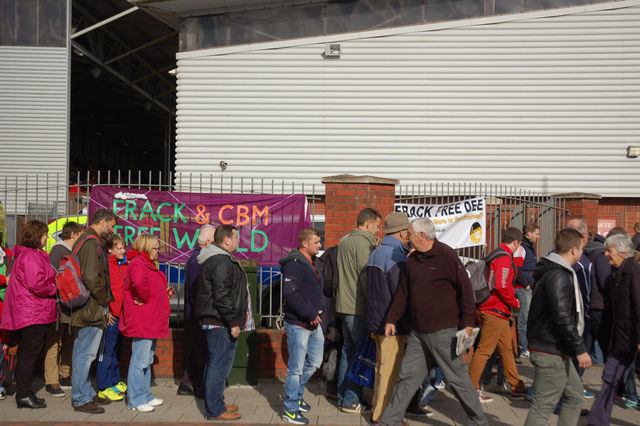 See the attached pdf file for the full decision. However, here is an example of Clive Nield's (Inspector appointed by Welsh Government ministers) unsatisfactory reasoning:

It has been asserted that the extraction of coal bed methane would not be feasible in the geological circumstances of the area. I do not know whether that would be the case or not. However, as the proposal before me is aimed at assessing this, it would be perverse not to allow it.

The information given to the Inspector to consider included a reference to the government's own DECC report "The Unconventional Hydrocarbon Resources of Britain's Onshore Basins" (2012) which makes clear that a large area including the location of the Borras site isn't suitable for CBM extraction. CBM extraction requires the coal seam to be dewatered before gas may successfully be extracted and the absence of a layer of impermeable rock above the coal seams in this area renders dewatering of the coal impossible and the whole enterprise unfeasible.

That the Inspector has failed to follow up and properly assess information given to him in this instance along with other unsatisfactory aspects of the decision make its validity highly questionable.

Come to the meeting in Borras on 23 October to find out more, see the facebook group (Frack Free Wrexham) or email us on frackfreewrexham [at] riseup.net to get involved.