Yet Another Racist at Nottingham Uni

Recent news that Craig Cox, incoming Education Officer at the University of Nottingham, is being investigated by the police for an alleged race hate incident might not surprise some students. Cox, who waved a sign saying 'Bring Back Slavery' at a recent National Uniont of Students (NUS) event, is merely the latest in a long line of upper class students who think that flirting with racism and fascism is an amusing game. 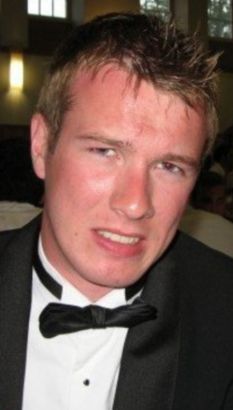 Former examples include the the editor of a student paper that gave free reign to Phil Edwards (real name: Stuart Russell) of the British National Party (BNP), and the debating society who invited Holocaust denier David Irving to speak.

Cox was participating in a four day event along with 100 other student union officers held at the University of York. The training sessions were designed to train participants in the handling of crises and controversial situations at their universities. Along with another participant who called black students "undesireables", Cox's actions prompted a walk out by a number of black students and a subsequent NUS investigation.

Like his predecessors, Cox has no grip on the grim facts of everyday racist violence and discrimination. Apparently showing no recognition that the slave trade was one of the most disgraceful episodes in history, and that its repercussions might still be affecting race relations today, Cox claimed he was just trying to "wind up" participants at the NUS training seminar where the event took place. He now claims to be part of a "show trial that would make Stalin blush", pursued by well known communist sympathisers, the North Yorkshire Police. Cox told the Daily (Hate) Mail that "These witch-hunts have got to stop. It's about time the NUS started representing ordinary students again and stopped acting as a front for Left-wing zealots." His language is not far from that of the BNP who are always crying about being the innocent victims of plots by 'the reds' or Marxists.

Presumably, the 'ordinary students' Cox wants to represent are the kind he meets in the Nottingham University Conservative Association, traditionally a bastion of right wing nationalist ideology. Former member, Tim Akers, also ran for an NUS position, calling for a "Campaign for a British History Month, no more trashing our past!" Akers was reacting against the events organised through Nottingham Students Union for Black History Month and, we can assume, wished to lead a campaign to glorify the racist and genocidal history of the British empire. Did he forget that a very large number of the student body did not consider Britishness to be part of their past? He also called for "More Campaigns on the issues relevant to us and not on Iraq, Israel or Palestine!" The 'us' he was talking about presumably didn't include the majority of the British citizens who were opposed to the war in Iraq, or anyone who didn't wish to endorse his Union Jack bedecked campaign fliers.

Akers was a regular contributor to the short-lived student paper The Sanctuary. The paper regularly baited liberal and left wing students with its features, which railed against travellers and included giving the BNP's press officer a page to rant to his heart's content. Stuart Russell wrote that non-white students were not intellectually capable of keeping up with white students and that the "normal aspirations" of women were best served by staying at home in the kitchen rather than going to university (

https://www.indymedia.org.uk/en/2005/11/328240.html?c=on). Editor Tom Freeman defended his decision with the tired old argument that he was experimenting with the boundaries of free speech. It looked rather like he was taking sides though. No opinion opposing the BNP article was published alongside it, and Freeman and Akers did their best to rubbish anti-fascists who wrote in to complain.

It's not the first time privileged white students have flirted with fascism to stir up a bit of PR for themselves. In 2002, Nottingham Student's Union Forum invited holocaust denier David Irving to speak at an event (

http://www.oxfordstudent.com/ht2002wk2/News/irving_invited_to_nottingham). In the face of widespread condemnation, the organisers defended their decision as a blow for free speech. Fortunately, the threat of massive protests forced the University to pull the plug. The university's links with fascism go deeper still. Former Cultural Studies student Sadie Graham went on to become a BNP member of Broxtowe Council and, until her expulsion from the party, was tipped to go far in British fascism (

The impression that the university is tolerant of racists is not helped by its own recent actions in rounding up politically active Muslims on trumped up charges. The recent wrongful arrests of staff member Hicham Yezza and student Rizwaan Sabir for alleged terrorist involvement were indicative of a pervasive atmosphere of suspicion regarding Muslims amongst the university authorities (

https://www.indymedia.org.uk/en/2008/05/399270.html). A police officer involved in the arrests claimed that they would never have happened if those involved had been white. It was the second time that Sabir had been arrested on campus in recent times, having already been silenced for his participation in a pro-Palestine demonstration (

http://www.indymedia.org.uk/en/regions/nottinghamshire/2007/12/387118.html). Those who leapt to the defense of free speech for Irving and the BNP were noticeable by their absence in the campaigns for justice for Yezza and Sabir.

So it is not surprising that another racist loudmouth has found sanctuary at the University of Nottingham. What is particularly worrying about the most recent dabbler-in-racism to come out of the closet is that he has just been elected to serve as the Student Union Education Officer for 2008-2009. According to the SU's website (

http://www.su.nottingham.ac.uk/union/exec/education/), Cox's job is to "represent the concerns of all students on course related matters, both within the University, in the community and on a national scale." Seeing as Cox has disgraced himself nationally and demonstrated that he holds views that are entirely unacceptable to large sections of the university community, he seems to have proved himself wholly unsuitable for his new job. Can Cox really claim to represent black and ethnic minority students, or anyone who thinks that racism is a serious matter, after the way that he has behaved? We can only hope that, as has been the case in the past, anti-racist students will campaign to make sure that Cox and his ilk will regret their stupidity.

Just a quick correction, I think he was elected to the post of Democracy and Communications officer.

Hot of the press, there is a growing number of students calling for a vote of no confidence,
how can a racist be on Students' Union Executive which is supposed to represent all students? How will he represent black students whom he has labelled "undesirable"?

The only undesirable here is the likes of him. It's 2008 and this is not time for a right-wing racist to be on the Su Exec.

He is the Education Officer - here's the page with contact details if you fancy dropping Craig a line to let him know what you think...

My job: I represent the concerns of all students on course related matters, both within the University, in the community and on a national scale.

My aims: I want to make sure every member of the Students’ Union has first-class academic representation. I’ll also be working on the provision for personal and social development within the university community and beyond.

Another important job will be liaising with a variety of stakeholders, ensuring a fair and reasoned approach to the review of Higher Education funding.

Close, but no cigar

Well, that was a well balanced article wasn’t it. You are all jumping on bandwagons as much as Craig is, he is no racist. Just someone who can look at how stupid political correctness has got in these past years, not all slaves were black, so in assuming this was a racist attack would make you playing to stereotypes and this in fact would mean that you are aggravating the current climate of racism. When you next write an article don’t put in “Cox told the Daily (Hate) Mail that...” it makes you sound extremely unreliable and is insulting to the reader. Let us make our own decision as to the motivation of a paper; it’s not as if they all aren’t owned by the same person...