Nottingham is not stupid

Last Friday saw the convergence of a number of environmental protests in Nottingham. The regular critical mass was joined by riders in town for the start of the Coal Caravan. They rode past the Broadway cinema, where the Nottingham Not Stupid festival was celebrating the opening of environmental film The Age of Stupid. The riders finished at the Sumac Centre, where the Demo Project put on an evening of entertainment.

The Coal Caravan left for the site of Shipley opencast coal mine in Derbyshire on Saturday morning. It is continuing to a number of sites threatened by the industries of coal extraction and power generation in Yorkshire and the North East. Campaigners' aims are to talk to local people, organise bicycle powered films and events, hold public discussions and displays, and link with groups from different areas to help strengthen isolated campaigns. 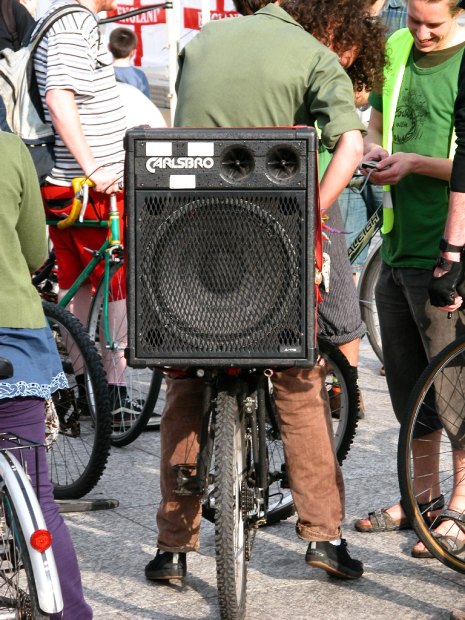 More on the Coal Caravan

Pat writes: The fabulous climate caravan lives on, as the COAL CARAVAN, walking and cycling between the sites for proposed open cast mines and new power stations in the Midlands, Yorkshire and North East.

saw this on North parliament st,no sign of what it was about,tad confusional4

I couldn't help noticing the "Nottingham is not stupid" headline in my newsfeed, as it's so plainly wrong: Nottingham is stupid, and has been ever since the Notts miners scabbed so mightily during the miner's strike. The Nottingham populace has the political consciousness of a lobotomised woodlouse, and a few dog-on-a-rope crusties in the Sumac centre, for all their activism - for which kudos, in such an unfertile setting - can't disguise the fact that your average Nottingham inhabitant makes White Van Man look like Mark Thomas. There's a nice congruence with the city and county's scabbing record, and the anti-coal demos in the Mayday "environmental protests". Your forefathers were active in destroying the mining industry, and in bringing about the greatest defeat of the working class in living memory, so campaigning to close all mines under the guise of environmentalism is just an attempt to finish off the job once and for all.

Perhaps more stupid than not stupid 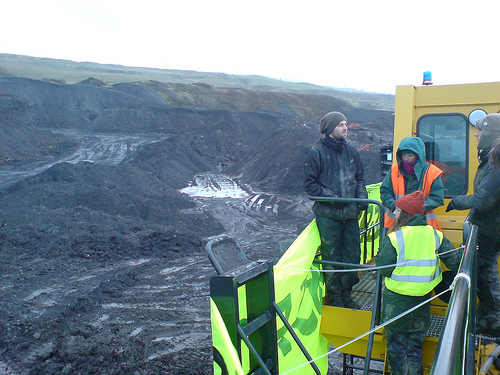 Yes - This IS Stupid

Gerry is probably correct to pick up on the deeply ironic heading of the 'Nottingham is not stupid' article. There are certainly many more stupid things happening than those that he mentions. However what is Not Stupid are the efforts being made by a whole host of groups and individuals, from climate activists to Indymedia itself to redress the balance, including those shown at

I defer to Gerry's knowledge of the historic struggles that took place during the miner's strike, but my understanding is that many in Nottingham did stand on the front line against the vicious actions of the then-government and their paramilitary police force. I also note that many of those old enough to have been a part of that struggle continue to fight against an identical government now, a government that has armed that same police force both with the hardware and increasingly repressive laws designed to suppress resistance - as none more so that climate campaigners can testify - they have the mental, physical and legal scars to prove it.

However time moves on and, whilst we should never forget, we must address the issues that threaten us today and into the very near future. Climate Change, driven by corporate greed and blinkered policies, is one of those issues. The biggest single source of emissions in the region (alongside livestock products) is Radcliffe-on-Soar power station - it is certainly stupid for this to continue when we should be taking all steps to drastically reduce CO2 emissions.

"Campaigning to close all mines under the guise of environmentalism" is hardly an attempt to finish off the job (of destroying the mining industry) once and for all. Time has moved on. The communities supported by and supporting the recent Coal Caravan would see very little benefit by way of jobs or investment from the open cast mining that threatens their futures. Open Cast is designed to rip up remaining coal stocks in the cheapest and fastest way possible, with no regard for jobs or community. Coal that should simply be left in the ground. Full Stop.

I hope that I have been able to express my current concerns without misrepresenting past history which I am not qualified to comment on in more depth.