Refugee Week: Smile for the week and to hell with you for the rest of the year!

At a time when enforced deportations are at their highest rate ever and corporate-run detention centres are packed with thousands of people, whose only crime was to seek refuge in this country; when dawn raids and the weekly reporting are constant nightmares for many asylum seekers and the government is introducing increasingly more restrictive and racist immigration controls every day (asylum quotas, immigration point system etc.); comes Refugee Week (19-25 June) to "promote understanding and to celebrate the cultural contributions of refugees."

While the "nationwide festival" is, indeed, an opportunity for refugees and immigrants to make their voices heard, faced with all the "asylum madness" of mainstream media, there are many reasons to assume that the event is essentially a cheap public-relations exercise, both for the government and for some of the organisations and corporations involved. The events appear to be designed to deliberately hide the real issues surrounding asylum and immigration. Serious political content is systematically suppressed. Besides the Home Office, some events -for example, Birmingham's Celebrating Sanctuary- are partly funded by such dodgy asylum profiteers as the Angel Group. Furthermore, the way in which things are organised mirrors much of Labour's discredited multi-cultural policies in terms of dividing refugees along ethnic lines. 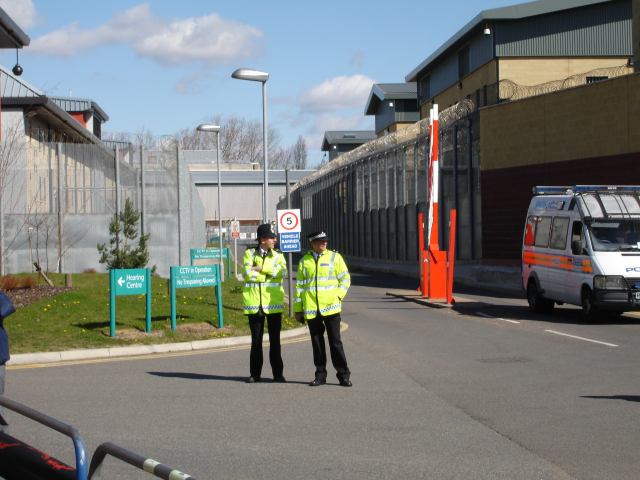 The 20th of June marks the World Refugee Day, which was created in 2000 by a special United Nations General Assembly Resolution. The day had previously been commemorated as African Refugee Day in a number of African countries. In the UK, World Refugee Day is celebrated as the start of Refugee Week, a "nationwide festival" designed to "promote understanding and to celebrate the cultural contributions of refugees."

Refugee Week was first held in 1998. It was created, according to its official website, "in response to the increasingly negative perceptions of refugees and asylum seekers held by the general public in Britain."

Refugee Week is a UK-wide programme of arts, cultural and educational events. This year, it will take place from 19th to 25th June. Unlike previous years, there is no specific theme for Refugee Week 2006. Instead, the events will be organised around the idea that Refugee Week is a "space of encounters between different communities" and "an opportunity to use more creative ways to address relevant issues and attract new audiences." In 2005, there were over 450 small and large events, ranging from big music festivals and art exhibitions to film screenings, conferences, school activities, sports and community events.

Apart from the partner agencies, the project is also funded by: Arts Council England, Comic Relief, Department for International Development, the Home Office, Association of London Governments, Greater London Authority and by a great number of other funding bodies, including dodgy asylum profiteers like the Angel Group, which has been providing "core funding" since 2001 to Celebrating Sanctuary, Birmingham's contribution to the festival.

Many grassroots groups throughout the country are organising events and actions, during and around the Week, to bring these issues to the fore. There is going to be a national day of action against reporting centres on 22nd June, called by Tyneside Community Action for Refugees. In Manchester, the North West Asylum Seekers Defence Group is organising a picket of Dallas Court on the same day. Leeds No Borders have announced their plans for the Week, which include 3 days of actions and events between 22nd and 24th June. In Birmingham, there will be a candlelit vigil on 20th June, organised by Birmingham Anti-Racist Campaign (ARC), to remember those who took their own life in detention, followed by a Refugee Sleep-out and guerrilla screenings. Birmingham NoBorders is also organising a day of events on 30th June, starting with the monthly ARC-NoBorders picket at the immigration reporting centre in Solihulll and ending with screenings and a fundraising gig.