Climate Action News: Tues 29th August:
From 8am a group of nine climate change campaigners blockaded the front and back gates of Hartlepool Nuclear Power Station, sending out the message that nuclear power is not the solution to climate change. The blockade was in place for ten hours until the last person was cut out of the arm tubes they had locked themselves into to form the blockade. Police arrested a total of twenty people including non-blockading supporters and a freelance journalist.
[see Blockade Reports + Updates | Reclaim Power Press Release | Mobile Photos | More Photos + Report]

Climate Camp News:
The comprehensive programme of workshops continues at the camp, with sessions on practical steps individuals can make to reduce their impact upon the environment, across to debates about biofuels and carbon trading schemes. See Workshop Audio Interviews [1 | 2]

During the day the police were allowed onto the site for a walking tour around the camp, as well as the fire brigade [see Reports + Pics]. Meanwhile in the evening people at the camp continued preparing for the day of mass action on thursday. 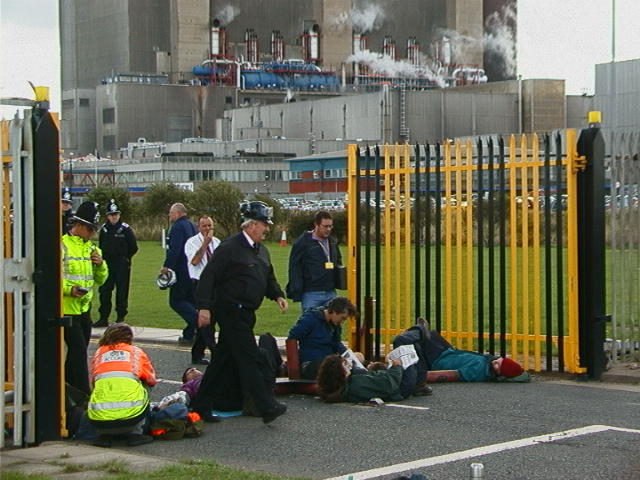 a moment of insperation

when we heard that this blockade had gone down in one of the morning meetings the whole camp went mad,it filled it us ALL up with hope and made us all the more determined to shut down drax, congrats to the people and good freinds involved in this, a job well done