Today, 7 October 2006, marks the Transnational Day of Action Against Migration Controls. The day is the 3rd of its kind [see 1st and 2nd] and was called by a broad network of migration-related initiatives during the European Social Forum in Athens earlier this year. As of 5 Oct, over 250 groups from 23 countries have signed the call, 18 of which are in the UK.

The day will see an unprecedented number of protests throughout the world. In London, there will be a March for Migrants' Rights, followed by a Social Benefit at rampART, and Sunday the 8th there will be a Conference. There will be a similar March in Glasgow organised by the Union of Asylum Seekers in Scotland (UNITY), and D-Tension event with Camcorder Guerrillas. In Birmingham, the Anti-Racist Campaign are organising a Ceremony in the City Centre. Other actions in the UK include a protest at the Communications House in London on Fri the 6th called by the Global Women's Strike, and a "No Deportations To Iraqi Kurdistan" demo in Huddersfield on Saturday the 7th called by the International Federation of Iraqi Refugees and the Kurdish Cultural Community in Kirklees. Elsewhere in the world, tens of events and actions are taking place (see here for details). 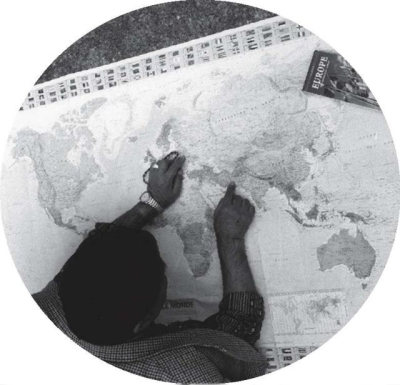 The march assembles at 12pm in the gardens of the Imperial War Museum, nearest tube Lambeth north. It leaves at 1 towards the back of London Bridge, passing via Beckett House, a reporting centre for asylum seekers.

No Borders London people have organised an after party at the rampART social centre in East London from 8pm...