Well, it was almost pathetic compared to other places such as Turkey, Germany or Switzerland, for example. But at least some things happened on May 1st to celebrate the International Workers Day and the social and economic struggles of the working class and labour movement.

Mayday was also Birmingham Indymedia's second birthday. That's two years of reporting, growing and evolving. Birmingham Indymedia has been a successful alternative to corporate and mainstream media due to volunteers who post, maintain, code, write, support, promote, video, photograph etc. If the Indymedia project is to survive another two years, we need to continue sharing and disseminating the message that another form of media, our media, is possible. 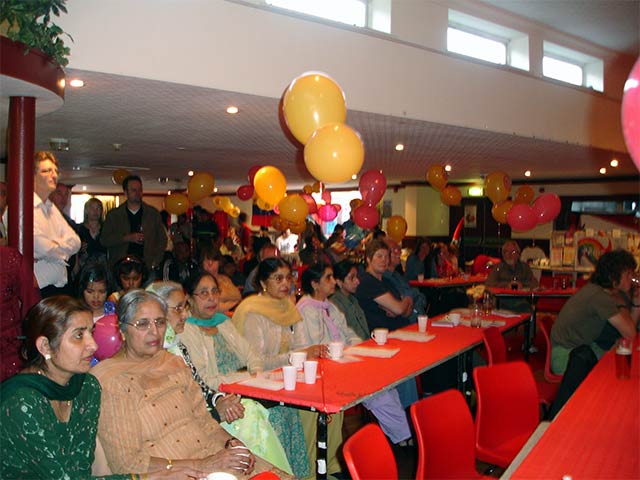 Striking civil servants held a few pickets throughout Birmingham in the morning, then a rally in Chamberlain Square, organised by the Public and Commercial Services Union (PCS), in defence of jobs, services, pay and work conditions. [report]

Later in day, the University and College Union (UCU) did a stall in Birmingham city centre to protest against government plans to cut free English for Speakers of Other Languages (ESOL) classes for asylum seekers and refugees, while members of the Industrial Workers of the World (IWW) joined in protest at plans to close local blood processing and testing sites around the country and merge them into three "supercentres" in Bristol, Manchester and Colindale. [report]