Students who had been occupying a lecture theatre at the University of Nottingham have branded university authorites a "national disgrace" after they were violently evicted by university security. Around 10 security staff used force to remove the occupants into the snow outside. Students were forced to wait in the cold and only alowed in one by one to pick up their belongings. They were forced to give ID in order to be allowed entry. 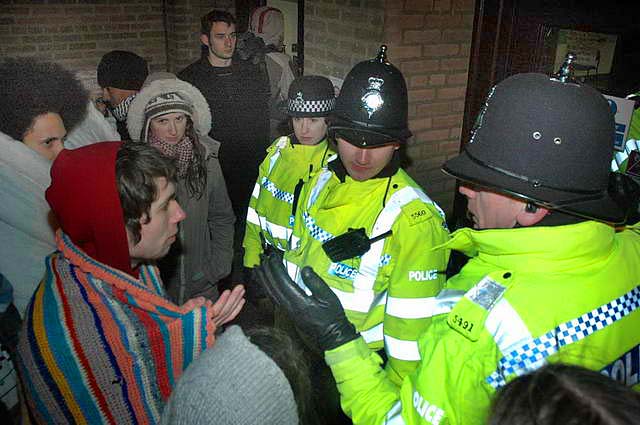