Kurdish protest outside the Syrian embassy in London

Kurdish refugees from across the country held a demonstration today at the Syrian embassy in London to commemorate what has come to be known as the Qamishli Uprising. Like every year, organisers had agreed with the Metropolitan Police on a designated area opposite the embassy, but were surprised to find on arrival that this had been shifted onto a street island in the middle of the busy road, which wasn't very safe, to say the least. Protesters, however, stood mostly outside the metal barriers, waving banners and placards and shouting anti-Syrian regime slogans. 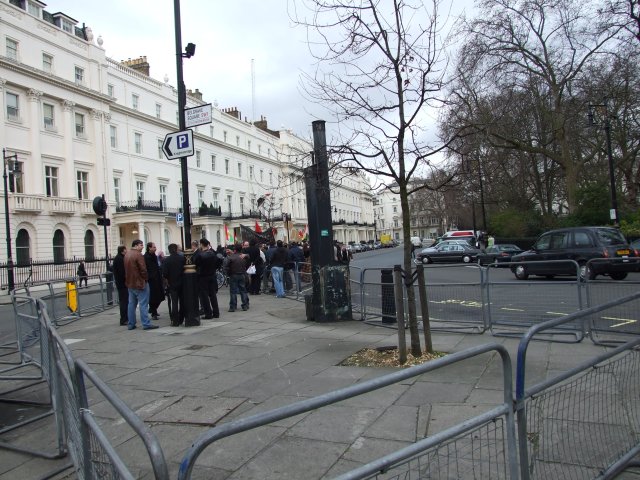 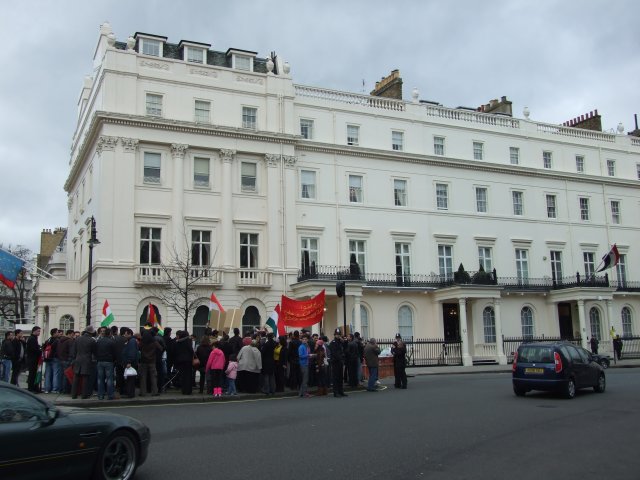 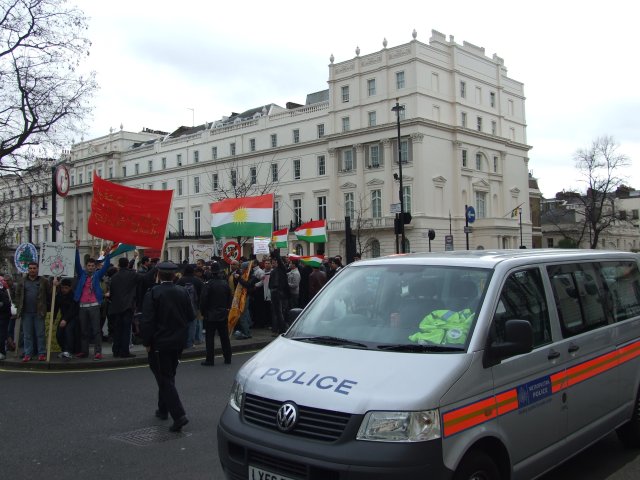 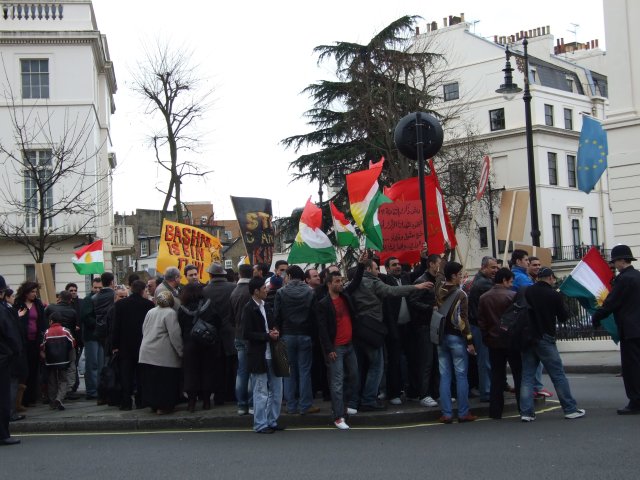 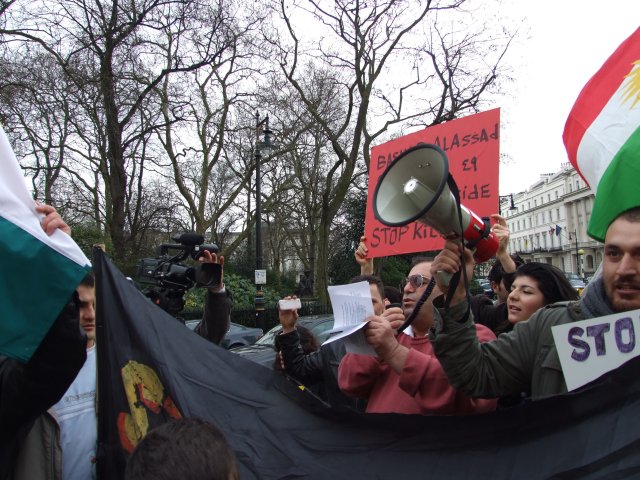 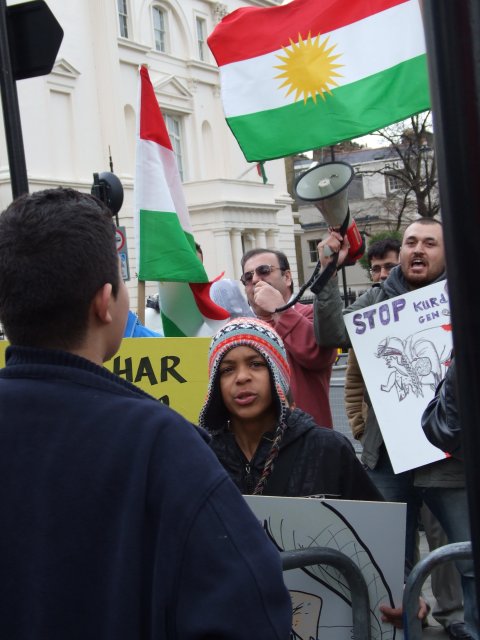 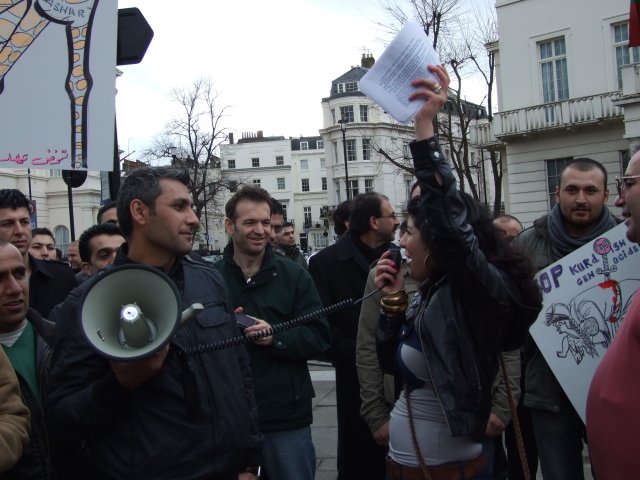 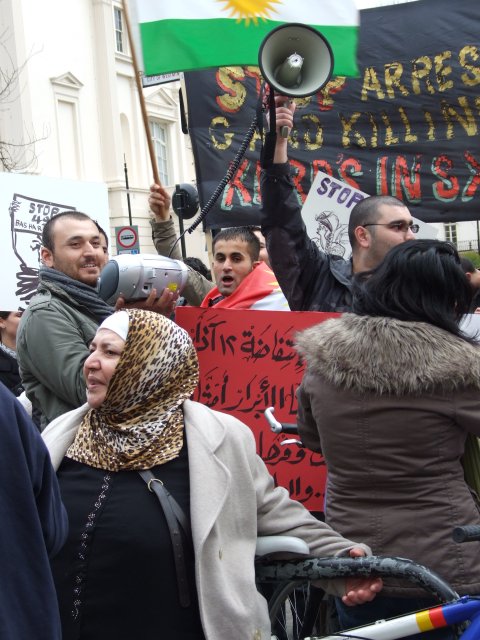 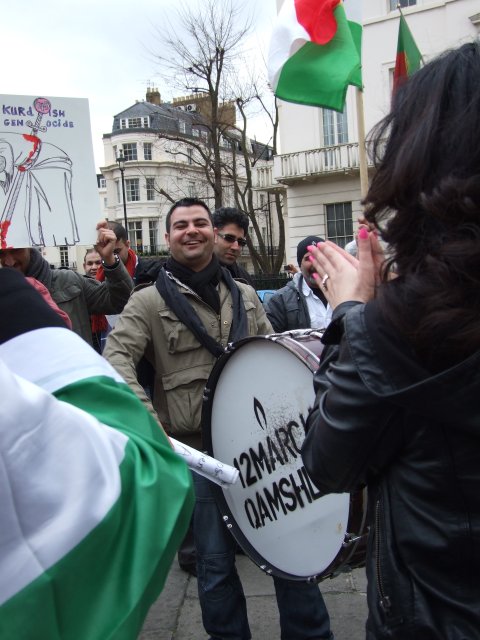 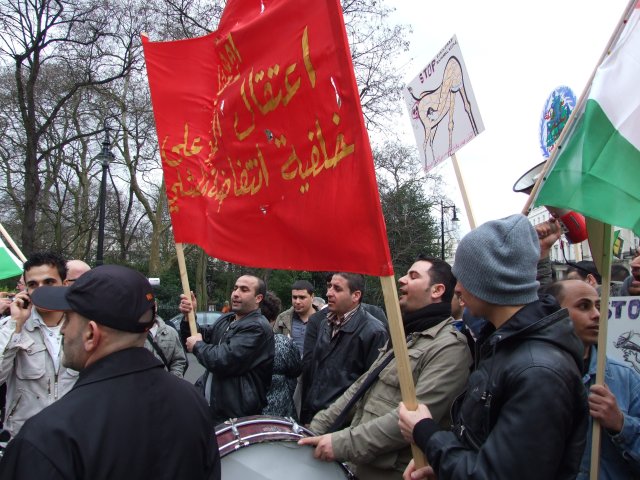 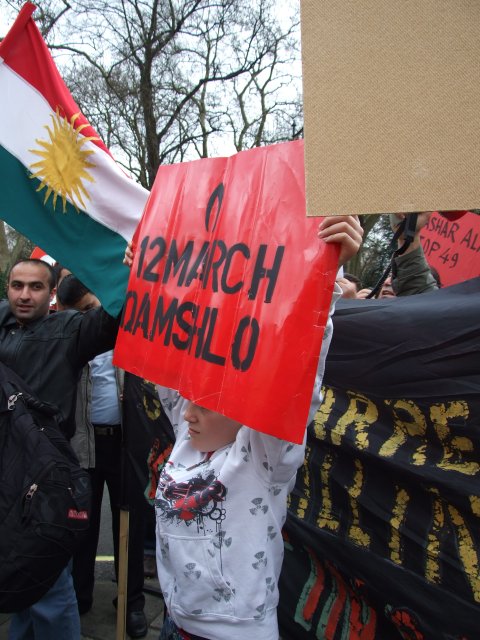 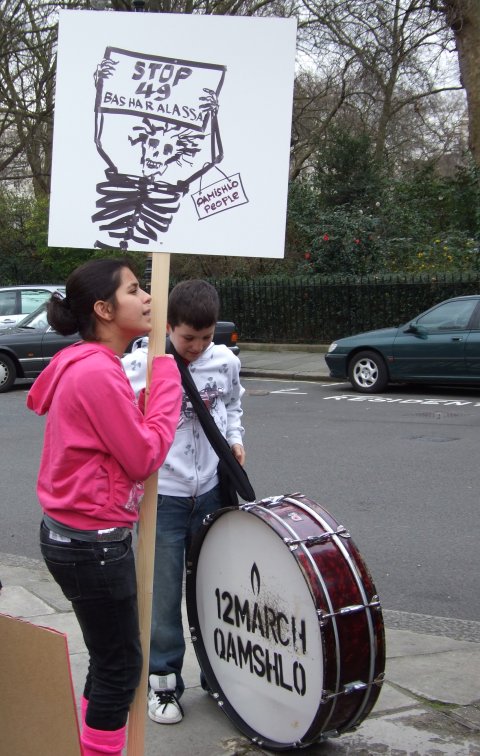 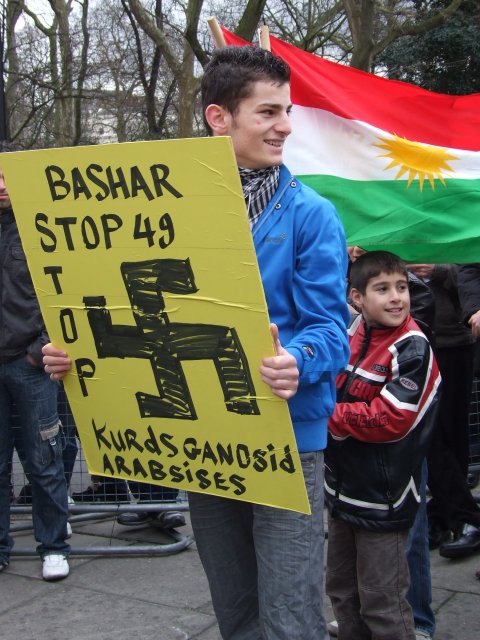 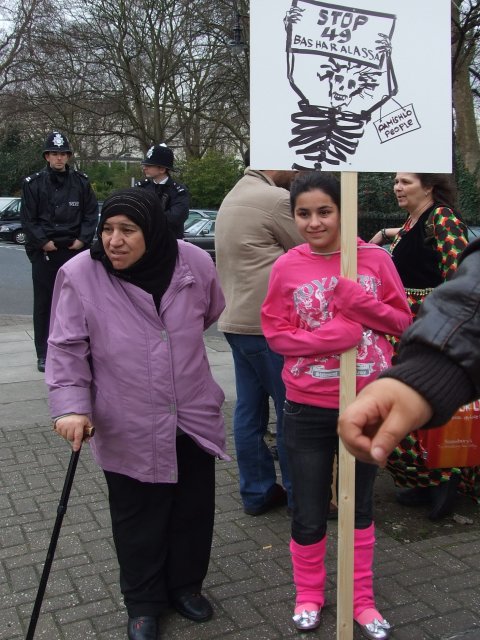 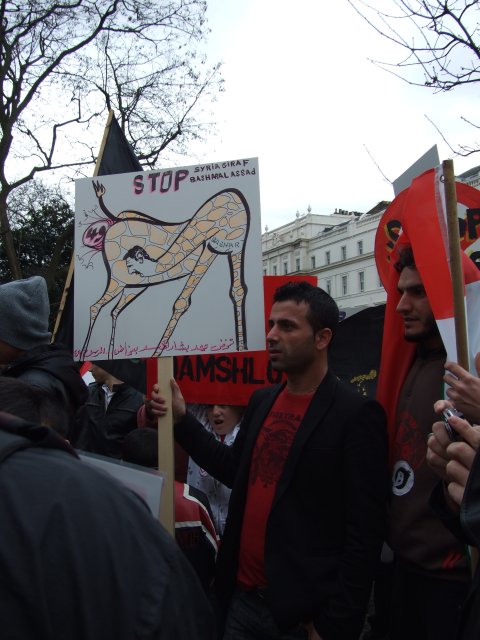 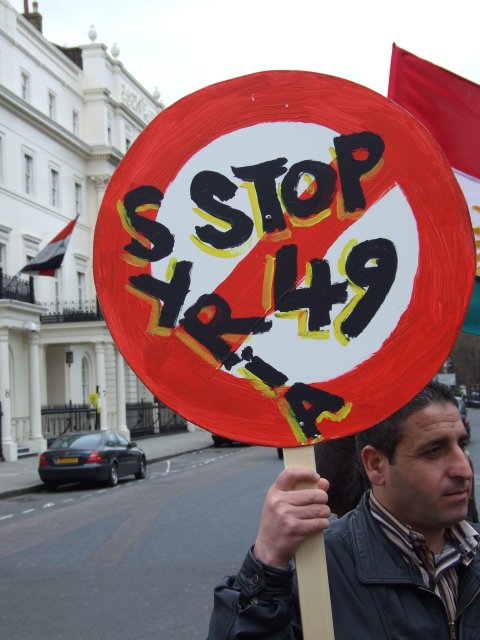 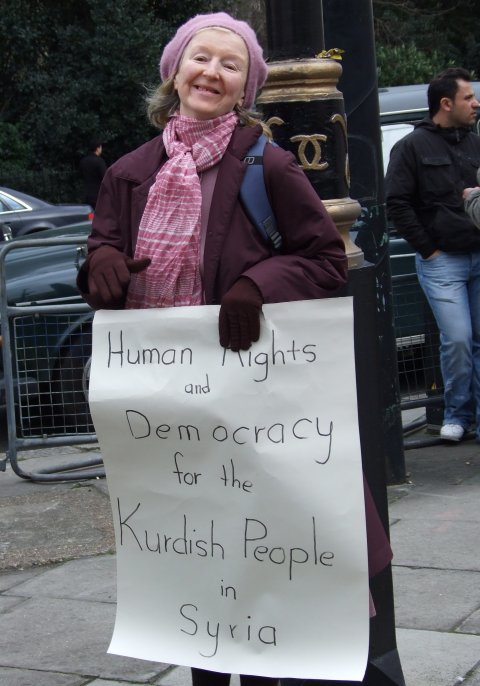 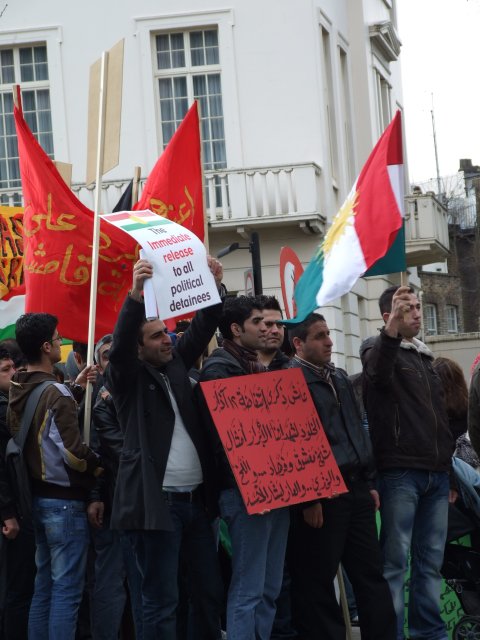 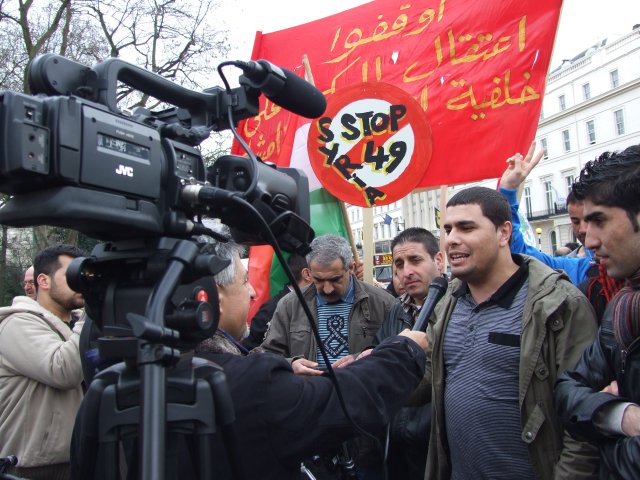 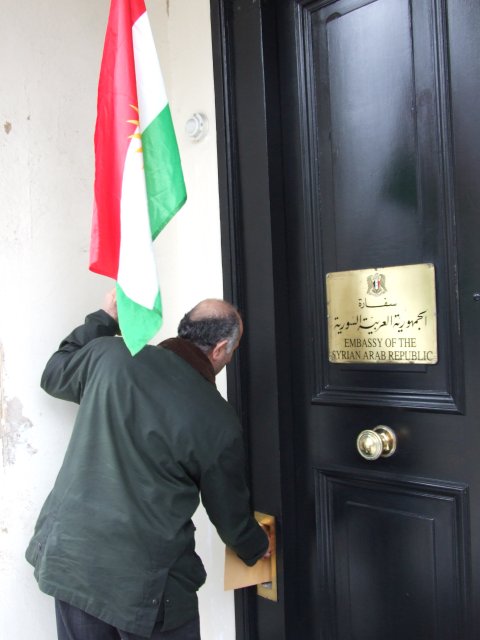 Five years ago, on 12th March 2004, Syrian police shot dead 7 Kurds during scuffles between Kurdish and Arabic football fans in the north-eastern city of Qamishli, which are believed to have been orchestrated, or at least incited, by the authorities. The next day, the martyrs' funeral turned into a spontaneous mass uprising as police shot more people. The uprising quickly spread to other Kurdish cities and the army was brought in to 'contain' the situation. Many more were killed and wounded, thousands were subsequently arrested, and many fled the country for fear of persecution.

Syrian Kurds have suffered persecution and discrimination by the ruling Ba'th regime for decades. Over 500,000 are still 'alien' in their own country, thanks to an 'exceptional census' in 1962, which stripped over 20 percent of the Kurdish population off their citizenship. In September last year, Presidential Decree no. 49 effectively banned all those who inhabit border areas, including many Kurds, from buying, selling, renting or building property.