The International Boycott Divestment and Sanctions (BDS) movement has been growing, as Israel continues to beseige Gaza, and take land in the West Bank and East Jerusalem. The call for BDS was issued by Palestinian civil society in 2004 in protest at the occupation and colonisation of Palestinian land, the unequal status of Palestinians, which has been likened to South African Apartheid which ended in 1994.

On Tuesday 30th March, about 50 activists 'occupied' a Waitrose Supermarket in London's Barbican, in recognition of the Second Global Boycott, Divestment and Sanctions (BDS) Day of Action. Activists distributed leaflets to customers and explained the action to staff and shoppers before leaving the supermarket to chants of "Free, Free Palestine". 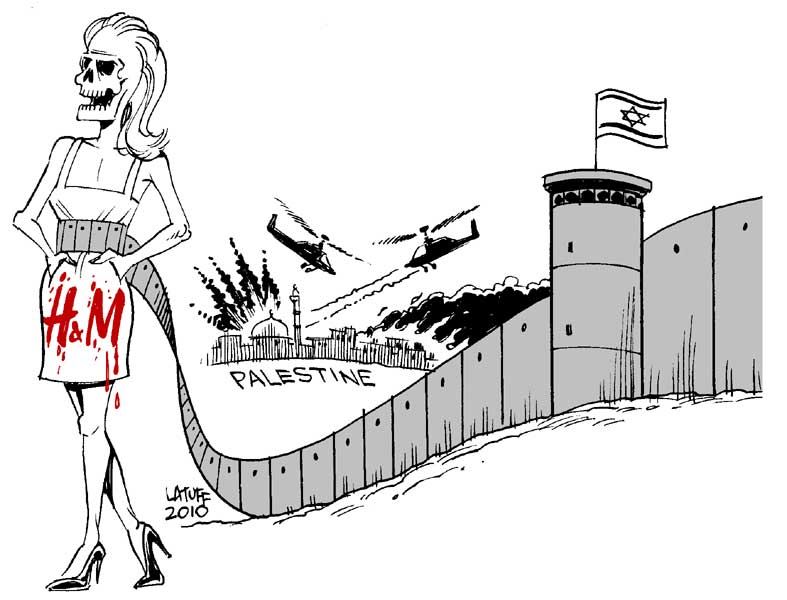 The day before, activists had picketed and disrupted a live BBC Radio 3 broadcast of the Jerusalem Quartet at the Wigmore Hall in London's West End. The performance was disrupted by singing and chants, forcing the BBC to substitue a recording of the same music by different artists. No arrests were made, despite the fact that Scottish Activists are awaiting judgement in a trial for 'racially aggravated conduct'following a similar disruption of the Jerusalem Quartet in August 2008.

The Ahava Store in Covent Garden was revisited by activists on Saturday 27th March, in the second of an ongoing series of actions to mark the Bil'in Popular Committee's call for regular actions in support of Palestine. The West bank village of Bil'in has been staging weekly demonstrations in protest at the loss of agricultural land to Israel's 'Apartheid' wall. In February an Israeli court ruled that the wall should be rerouted, and some of the land returned to the village. Fortnightly protests are scheduled to keep the settlement company under pressure.

H&M have also become the target of protest, after announcing that they are to open stores in Israel

In related news, the Free Gaza Movement announced the purchase of a 1200 Tonne cargo ship, which they intend to sail to Gaza in May 2010, in an attempt to break the long standing siege of the Gaza Strip. In London, stiff sentences continue to be handed out to protestors against the Israeli Operation Cast Lead which saw Gaza under disproportionate attack in the New Year of 2009. The decommissioners, who caused damage at Brighton's EDO factory, during Operation Cast Lead face trial on 17th May.