Last night student activists reoccupied the University of Birmingham by squatting a disused former gatehouse at the north gate. This is the second time the university has been occupied this month and was part of a day of action called by NCAFC after the N9 demo. Occupations have become a regular occurrence at the university so this time the occupation has been escalated by actually squatting a disused building.

The day of action was well publicised and the University were keen to avoid the further embarrassment of another occupation so sent out letters to all departments which included the following paragraph “The planned student protest for 23rd November is targeting University administrative hubs. Whilst the Aston Webb and other locations will be subject to the usual security measures, please consider the security of your College hub as these might also be prone to occupation.”

Despite these measures students easily managed to outwit security by beginning the occupation at around 12:40am in the morning in an unused building on the north gate. A statement on the Defend Birmingham websites states: “We have done this because despite the university and government taking increasingly regressive measures to make universities inaccessible, we are determined to keep the gates open. Our aim is to advance a set of demands centred on justice in education and educational institutions. We want people to be treated as human beings and the university to be run for public good, not as a business.”

At around 11:15 The University security started refusing entry in and out of the occupation denying the students access to food and water in an effort to drive them out. At 1:40 a crowd formed to show their support outside the building and at 1:49 managed to get past security and deliver some food. 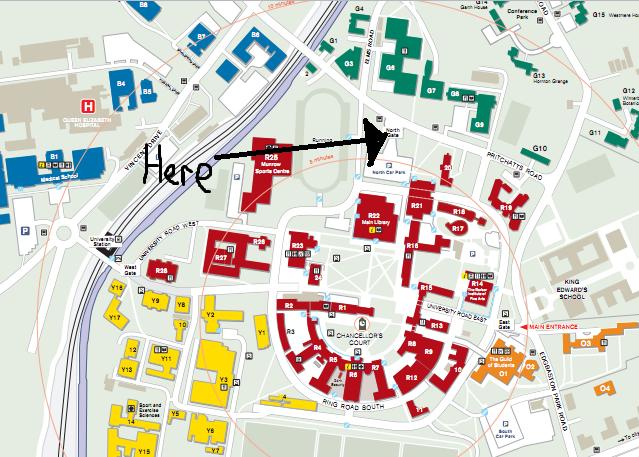