Over the New Year period, a number of actions took place outside prisons and immigration detention centres (migrant prisons) around the world, following a global call-out. The actions were in solidarity with prisoners, and against the Prison-Industrial Complex

UK actions included a noise demo at Holloway women's prison and young offenders' unit, a flashmob at Gatwick detention centres, solidarity demos at Brixton Prison and Bristol's Horfield Prison, and a banner drop and noise demo outside Cardiff Prison. The protests were generally well received by the prisoners, and not welcomed by police

International actions included a noise demo outside the Villawood Detention Centre in Sydney Australia, firework displays outside a Nantes youth prison and Montpelier Prison in France, Hamburg Prison in Germany and an Athens prison in Greece. At least two prisons were graffiti'd in Brussels, Belgium. 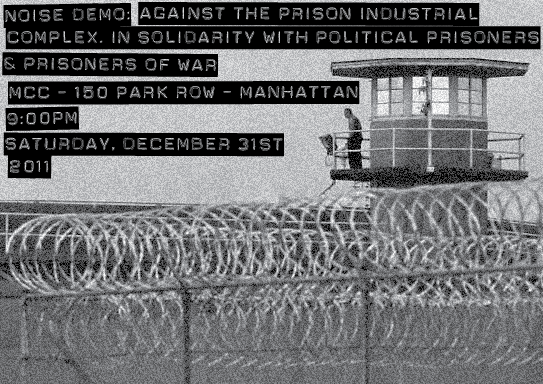