With news of the ongoing military action in and against Gaza, protests have been called in many cities around the world. In Nottingham around two hundred people gathered in Market Square on Wednesday 30th December. Many people from Nottingham also made there way down to London to take part in the national demonstrations held on 3rd and 10th January. 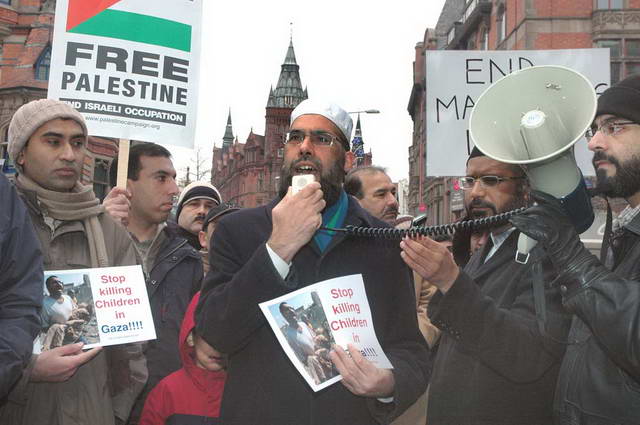 The Israeli assault has generated a wave of anger accross the world. It has brought people onto the streets of Nottingham in numbers not seen since the heady days of 2003 as the US and UK prepared for the invasion of Iraq. In Nottingham the response has been relatively mild, despite people's very strong feelings, but there have been clashes between police and protesters at both national demonstrations and on 10th January a Starbucks on Kensington High Street was damaged in protest at links between the company and Israel.