London's Parliament-White Hall area was yesterday packed with all kind of demonstrations. One of them, opposite Downing Street, was by Syrian-Kurds protesting against the Syrian government's continued discriminatory policies against the Kurds. The demo was in commemoration of the 1962 exceptional census, which stripped over 20 percent of the Kurdish population off their citizenship. As a result, over 500,000 are still 'alien' in their own country, without any rights whatsoever. Yet, the Home Office insists that such discrimination experienced by Syrian Kurds does not amount to persecution or breach of their human rights and, thus, continues to deport Kurds back to Syria.

Protesters held banners demanding the release of political prisoners and denouncing legislative decree no. 49 (Sep 2008), which effectively tied dealing in property in border regions, particularly Kurdish areas, with a requirement to get permission from security services. As usual, the demonstration was penned in by police - although this time, the pen was significantly large for the number of demonstrators attending. 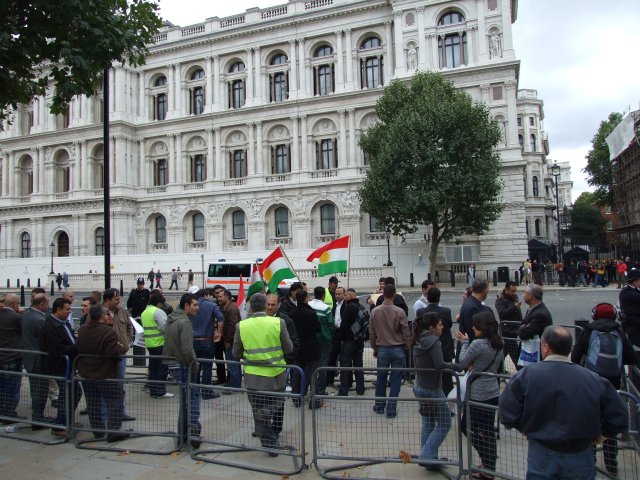 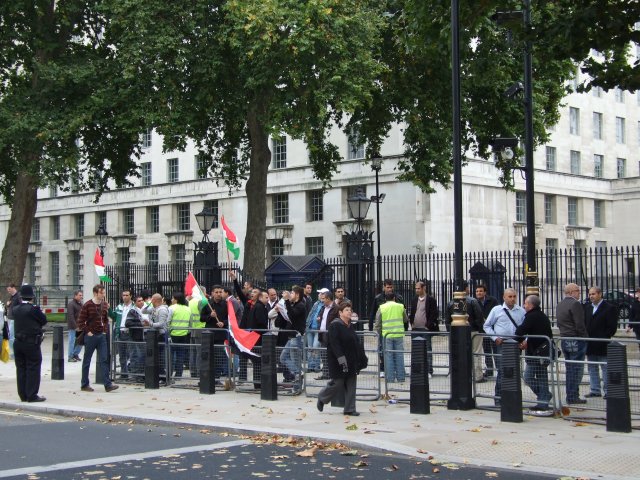 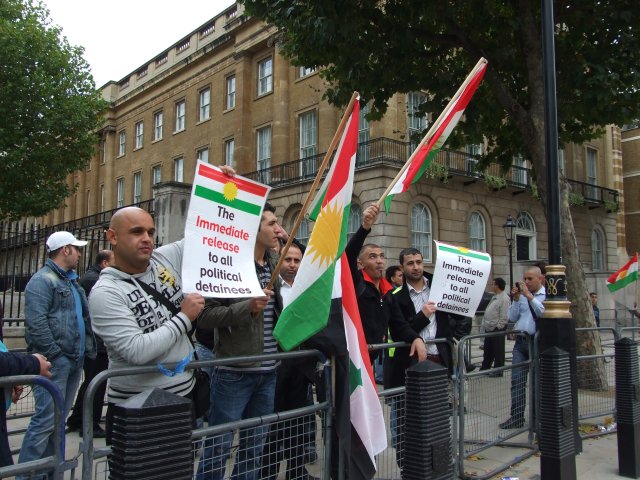 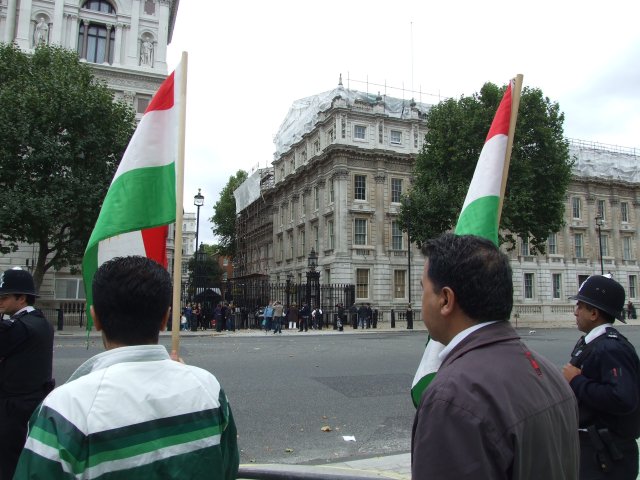 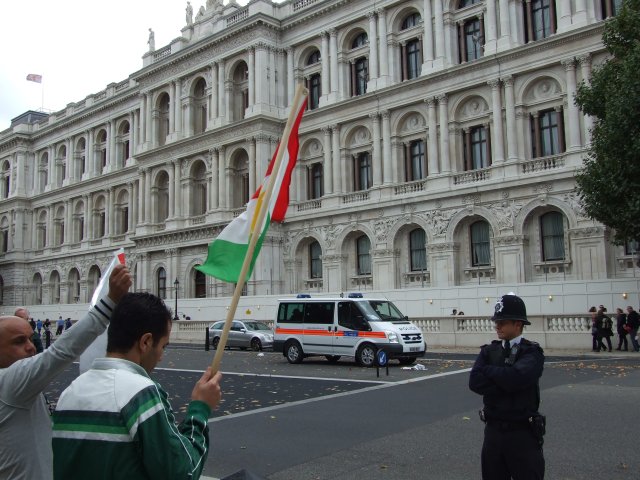 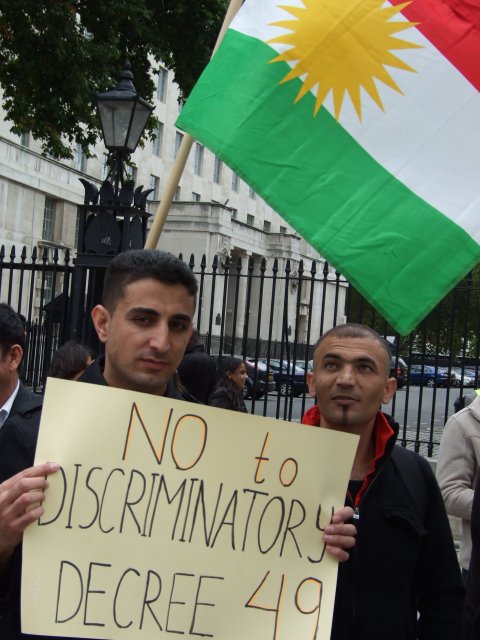 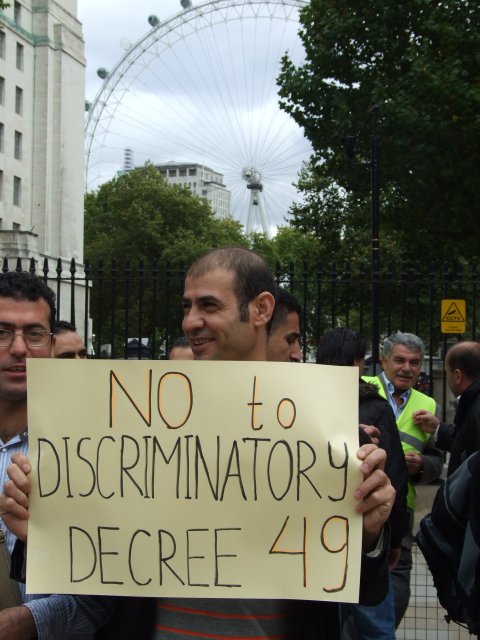 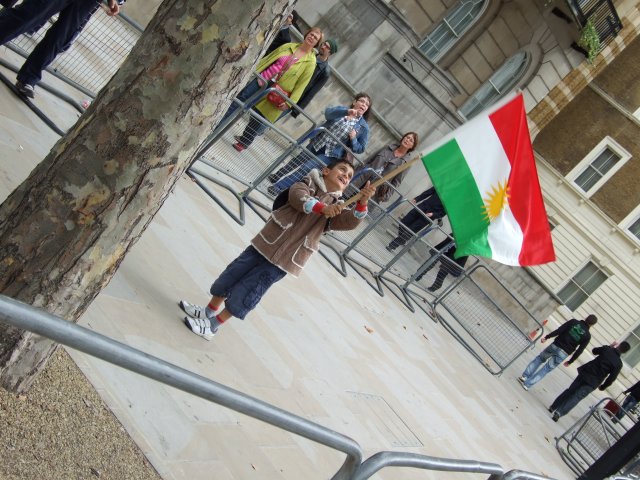