"We came to Henningsvaer. We saw the Skarbakk. We sank the bastard" - Agenda 21

On the evening of April 23rd, the Norwegian whaling ship The Skarbakk was scuttled by environmentalists in the Lofoten islands, Norway, using the name of a 1992 United Nations Conference on the Environment. The conference detailed action proposed for a sustainable 21st century, with the Sea Shepherd Conservation Society promising Norway that if they did not comply with international conservation law, then they would sink their whaling ships.

This was not an empty threat, with Captain Paul Watson supervising the sinking of two ships; the Nybraena in 1992 and the Senet in 1994. The anonymous and covert goup Agenda 21 then took over with the scuttling of the Elin-Toril in 1996. In a communique last week, the activists reported they flooded the engine room of The Skarbakk by using an adjustable spanner to open the salt-water intake valve; "to delay the killing season and to protest the continued illegal export of whale meat to Japan." 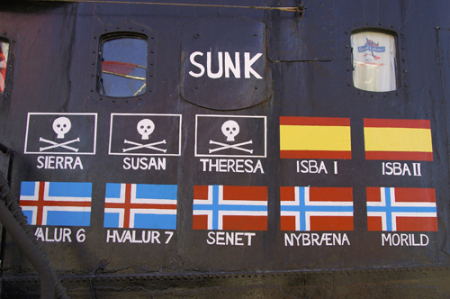 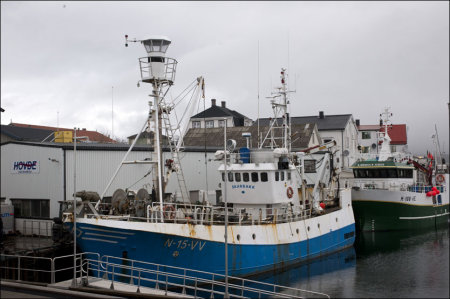 This is the third ship scuttled under the banner of Agenda 21, the sixth ship attacked in Norway since 1992 and the thirteenth ship sunk by whale defenders since 1979. The same group sunk The Willassen Senior in August 2007 exceeding £2 million pounds in damage, successfully ending the whaling vessel's career within two months - a victory celebrated by the Sea Shepherd.

The news comes just days before the documentary series 'Whale Wars' begins, featuring footage of Sea Shepard activists in action against the Japanese whaling fleet. Although commisioned by a commercial television network, filmmakers claim to be illustrating the front line in the battle for ocean conservation with unprecedented access to the Sea Shepard crew.

ON THE EVENING OF THE 23RD OF APRIL WE SNUCK ONTO A NORWEGIAN WHALING SHIP MAKING REPAIRS IN THE LOFOTEN ISLANDS IN PREPARATION FOR THE 2009 WHALING SEASON. TO DELAY THE KILLING SEASON AND TO PROTEST THE CONTINUED ILLEGAL EXPORT OF WHALE MEAT TO JAPAN WE DISASSEMBLED A VALVE AND FLOODED THE ENGINE ROOM. UNFORTUNATELY LOCAL FIREFIGHTERS WERE ABLE TO RESPOND JUST MOMENTS BEFORE THE SHIP SETTLED ON THE BOTTOM BUT NOT BEFORE THE SHIP HAD ALREADY BEEN COMPLETELY FILLED WITH SEA WATER AND THE DAMAGE DONE. FOR BOTH FISHERIES INVESTORS IN TOKYO AND INSURANCE UNDERWRITERS IN OSLO INVESTING IN THE NORWEGIAN WHALING INDUSTRY CAN ONLY LEAD TO SUNKEN PROFITS. AS A DIRECT RESULT OF A GROWING INTERNATIONAL TRADE IN ENDANGERED SPECIES WE CAME TO HENNINGSVAER. WE SAW THE SKARBAKK. WE SANK THE BASTARD. -AGENDA 21"

In a press release by Sea Shepherd, Paul Watson said; "We don't know who they are, and we have no forewarning of their plans, but we do applaud their efforts, these laws must be enforced and Norwegian whalers are in blatant violation of the worldwide ban on commercial whaling."

Quote from Captain Paul Watson on the scuttling of Skarbakk:

"We don't know who they are, and we have no forewarning of their plans," said Captain Paul Watson. "But we do applaud their efforts, these laws must be enforced and Norwegian whalers are in blatant violation of the worldwide ban on commercial whaling. We are happy that Agenda 21 took over this task back in 1996 with the scuttling of the Elin-Toril. If I knew who they were, I'd give them a medal. It's always better when these things are taken care of by citizens in their own country and the Norwegians who are battling the whalers are like the resistance fighters who once took on the Nazi's in Norway - brave men and women trying to defend lives from war criminals. In today's whale wars, those who slaughter the whales are criminals and no different than elephant poachers in Africa. Except in Africa they shoot the poachers."

Quotes from Captain Paul Watson on the scuttling of Williassen Senior:

"One less whaling ship on the water translates into fewer whales being killed by these criminal whalers,"

"The Agenda 21 team did an excellent job: no injuries, no evidence, no mistakes, and no more whaling. These are results that we can appreciate and admire."

"The whalers should be afraid of being scuttled. A vessel that is being operated in clear defiance of international conservation law and is involved with the illegal slaughter of these intelligent and gentle creatures has only one place — on the bottom of the sea!"

"This was not a crime. The Willassen Senior was a ship engaged in criminal activity specifically violating the International Whaling Commission's global moratorium on commercial whaling activities. Sinking this whaler was an act of law enforcement, and we applaud this successful retirement of an illegal killing machine."

Close up of the damage