Another Nottingham Activist Detained For Deportation

Over the last week, the deportation of Hicham Yezza, now stayed to allow for a judicial review, has attracted a huge amount of attention. Whilst the circumstances surrounding Hich's initial arrest were unusual, in an increasingly anti-migrant political climate, the horrific way he has been treated by immigration authorities is all too common.

Amdani Juma, a Nottingham activist and a survivor from Burundi but whose appeal for Indefinite Leave to Remain was turned down by the Home Office on 5th December, was detained whilst reporting at Loughborough reporting centre on 30th May. He remains in detention and has received notice that his removal is set for Wednesday 4th June on Kenya Airways flight KQ101 (Terminal 4, Heathrow). Amdani's case has previously been reported on the Refugee Forum website.

Tragically, Amdani is not the only asylum seeker to have been abducted by the authorities this week. Nottingham and Notts Refugee Forum volunteer Jane Mary Mutets, was detained at Bridewell Police Station on Thursday 29th May. Concerned supporters fear she will also face deportation and expect her to be moved elsewhere by immigration authorities. 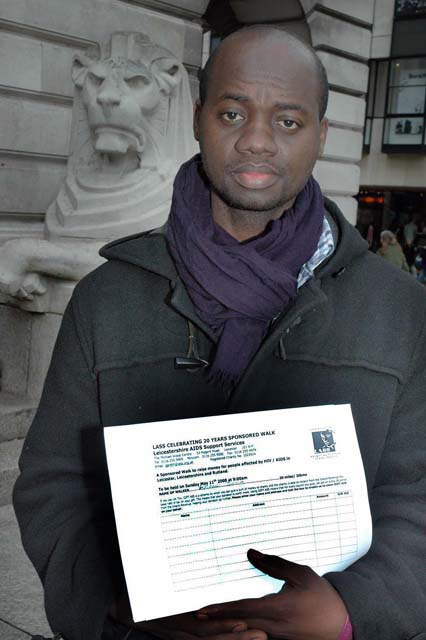 Of mixed Tutsi & Hutu parentage, Amdani was evacuated to Kenya by UN troops during the Rwandan genocide. Returned to Burundi, where he was detained, beaten and placed under surveillance. He fled from Burundi again in Feb. 2003 when friends who were fellow party members were killed by government militia.

Has no family in Burundi. Most close relatives are dead or missing. A sister has refugee status in Holland and two cousins, in UK.

He applied for asylum in UK in March 2003. His asylum claim was refused but he was granted 3 years' Humanitarian Protection' until 1 May 2006. He then applied for Indefinite leave to Remain which was refused after 15 months' delay.

An appeal was made to the Immigration Tribunal under Article 8 of the European Convention which concerns an individual's right to respect for their private life. The Court's negative determination was received on 24/12/07.

Since his arrival in the UK, Amdani has been receiving medical treatment for psychiatric problems which have been diagnosed as Post Traumatic Stress Syndrome.

During five short years, Amdani has built up an amazing and unique record of service to the community, especially, but not only to refugees and asylum seekers in the City, the region and nationally. His unstinting and tireless work at both the Refugee Forum and the Terence Higgins Trust, as well as his own organisation 'African Institute for Social Development' set up specifically to campaign and provide information for the prevention of HIV / AIDS, has earned the respect and admiration of colleagues, volunteers,as well as refugees from a wide range of ethnic and religious backgrounds, for his dedication, integrity, and unstinting efforts on behalf of the disadvantaged.

This was amply illustrated by the support given to him in his recent appeal when dozens of people wanted to provide positive witness statements and more than fifty accompanied him to the Court.

Amdani has already made a very full contribution to British society and built up a wealth of goodwill and a wide circle of friends. He has much more to offer Britain if he were to be granted Indefinite Leave to Remain. Integration is now a key policy of the Government; Amdani is a great role model of how to do this and has assisted many others to move towards this goal. His combination of knowledge, skills, linguistic and interpersonal, a burning commitment to Equal opportunities and Human Rights and an understanding of the difficulties faced by refugees in striving to rebuild their lives, all make Amdani unique.

If he is deported to Burundi where he fears his life would be in danger, the public and private life that he has built so successfully, would be destroyed and our community would be the poorer.