Indymedia Oaxaca, the network in the UK of Zapatista solidarity groups along with anticapitalist collectives launch a tour of information and debate on the issues surrounding the people of Oaxaca's rebellion. The Tour will be visiting Birmingham on 16th May 16th, Liverpool on the 17th, Bradford on the 18th, Manchester on the 19th, Edinburgh on the 20th, Bristol on the 22nd, and finally in London's Rampart Social Centre on the 24th before jumping over to Europe. There will be films, talks and discussions with a guest from Indymedia Oaxaca.

Our guest for the tour is a member of the Indymedia Oaxaca collective, and a free radio maker for the communities in the mountains north of the state. He is also a collaborator of Radio Jenpoj (Wind of Fire ). Playing the role that independent media does in the popular struggle in Oaxaca means living alongside a constant threat of targeted repression.

Click at the Full article link for background information on the current situation in Oaxaca, and see IMC-UK Oaxaca topic page for reports on the Oaxaca Uprising. 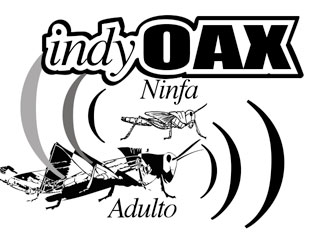 The social movement's activity alive in Oaxaca now is a continuation of the resistance against the rotten capitalist system that keeps trying to silence the peoples demands. Rebels who fight for their needs and to keep their traditions, culture and environment - their lives - away from the hands of the exploiters through solidarity and mutual support. In 2006 Oaxaca witnessed struggles made up of intense direct confrontation with the repressive Police and Army forces. The balance of People's perseverance to date, has been on the one side 40 political prisoners, 23 state sponsored murders, and an unknown number of persecuted and in hidding. On the other, the very own continuation and resolve of the populations to keep fighting for real peace. Deposing the current despot in, who bought his way in government is just one central call in an axis that unites the social movement together, with its differences.

Playing the role that independent media does in this struggle means living alongside a constant threat of targeted repression.

A member of the Indymedia Oaxaca collective and free radio maker for communities in the mountains north of the state, our guest is as a collaborator of Radio Jenpoj (wind of fire ). He was arrested beaten in 2002 and taken away by the mexican military, as the project was broadcasting from the building thru a 1000w unlicensed transmitter in the mixe language and they didn't like what they might be saying. The colonial State considers indigenous territories who rule themselves without political parties by their own ever changing laws and are naturally mistrusting of parties and institutions as subversive. In many cases as nests of "guerrillas". When the arrest happened, the community threatened to descend on Oaxaca city and he was immediately released. The indigenous community makes the radio strong and the other way around. the radio entertains and informs the community. People find out what is going on outside our own immediate social environment thru media. Can't afford to forget that.

When the shit hit the fan in Oaxaca City, comunication media played the part that corporate led media plays in all societies. And we decided to play back. People, the people led by COMO the organisation of Oaxaca women decided to "take over the media" and reclaim the means of communication. it happened after May 2006 when the 70000 member strong teachers union installed a protest camp in Oaxaca's City centre to demand better working conditions. On June 14th, ordered by Ulises Ruiz Ortiz, the state's governor for the Institutional Revolutionary Party, state police executed a violent operation to evict the teacher's protest camp. It wasn't successful. Indigenous people's, settlers, workers, peasants, merchants, students, women, men, children, young and old and together, joined the teachers to retake the Zocalo, Oaxaca's central square.... and set the camp up again.

The governor's fall was added by everyone's voices to the old demands of the teachers.

Ever since, a broad popular rebellion jointed in the Popular Assembly of the Peoples of Oaxaca ( APPO ), confronts the Mexican State by taking over Local Councils in the region, commercial media studios, occupying public buildings, marching and building street barricades all over the capital city. The State raised the terror campaign it had been executing all along to intimidate the population in the various regions, not just using the police force, but also through squadrons made up of hired killers and off duty policemen; they murdered, injured, disapeared and imprisoned with total impunity. Endorsed by economic power the institutional "international community" condonation and the complicity of the mass media. the "Other" international community moved hearts and minds in Oaxaca with the solidarity that is ever so characteristic of the solidarity movement.

Oaxaca is a region with great indigenous presence. It is one of the areas with the most outstanding natural and cultural wealth in Mexico, however, it suffers from one of the biggest lags in education, as well as holding one of the highest emigration rates in the country (audio), rooted in centuries of explotaition+represion colonialist practices that consecutive Institutional Revolutionary Party governments willingly inherited after the 1910 revolution. All in order to keep Power for landowners and international enterprise by force of corruption, electoral fraud,  politically motivated executions, and the criminalisation of social inconformity.

For local and international Big Business, Oaxaca is strategically placed as a thoughfare for international commerce (PPP), with potential sources of energy, some even politically correct to international yes men, do gooders and remote new age green capitalist investors and intellectuals like in the case of so called "renewable" energies, windfarms built on stolen land by european companies or the dams in and around a region still up for grabs and 21st century exhaustive plunder (TM) of the natural resources and knowledge that still remain in the midsts of indygenous peoples culture. Megaproyects like the Plan Puebla Panama, or the Transitsmico Corridor are just bureaucratic geek talk to militarise, spoil and exterminate comunities in the name of "progress".

From many years thousands of women and men have fought organised inside the communities against authoritarism, corruption, repression and the arrogance of governors subserviant to rich families and powerful businessmen in oaxaca.

The popular rebellion in Oaxaca and above all the WAY(s) to resist, self defense and solidarity, would be impossible to explain without the millenary tradition of the Indigenous Assemblies, a form of popular organisation, free and autonomous forms of decision making in matters that concern the whole comunity.

Nowadays, oaxaca lives under constant aggression particularly inside the indygenous communities where military presence has increased.

Our guest will tell us how this happening as he is living it and we will try to draw parallels to our own western reality, especially considering that there is an International side to the EZLN's effort to bring not just indygenous peoples, but "people below"; everywhere and without bosses to think about how we are all going to change things, in the best way locally but in conjunction globally. As radically as we can dream and manage.

Faced by the possibility of a new uprising, May 15th and as we get nearer to close a cicle of 365 days since most of us heard about oaxaca and its troubles, some kind of anniversary, the teachers and the APPO movilised again. Whatever happens, without doubt the power of independent media in the hands of the people seeking change can not be forgotten now in Oaxaca, for bad and for good.