Here there are some photos of Friday's Critical Mass in London. 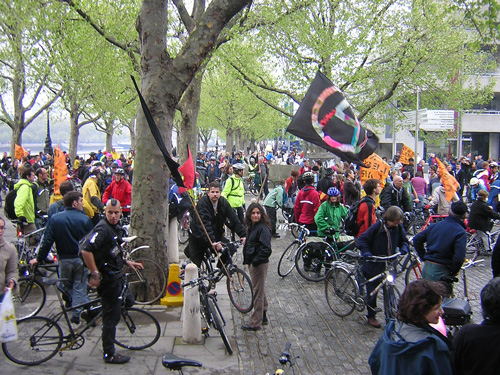 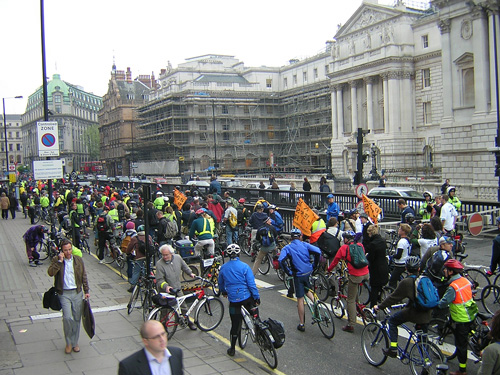 The Mass at Waterloo bridge moving towards central London 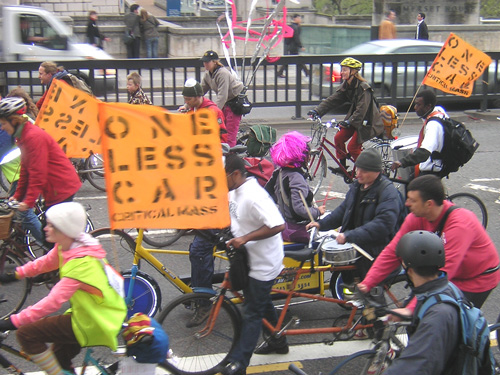 Detail of the Critical Mass 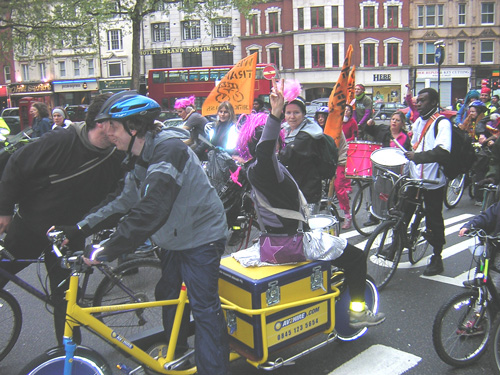 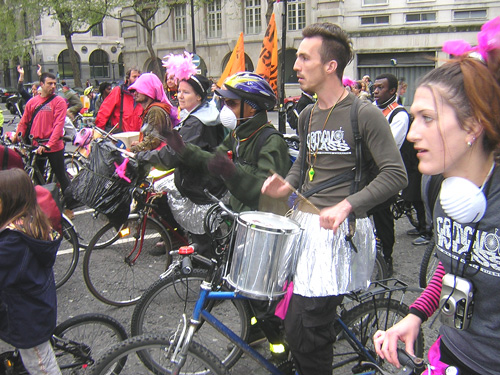 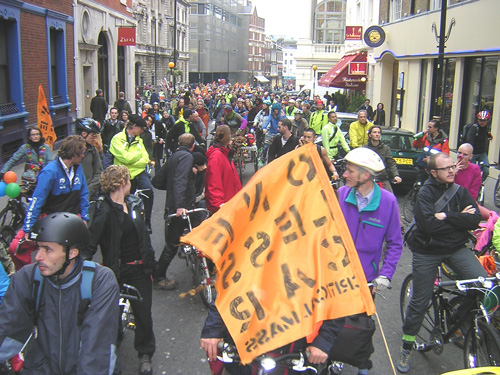 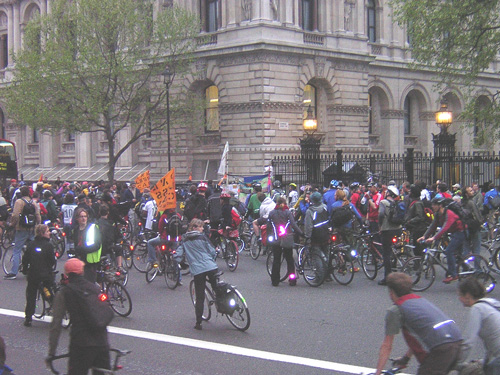 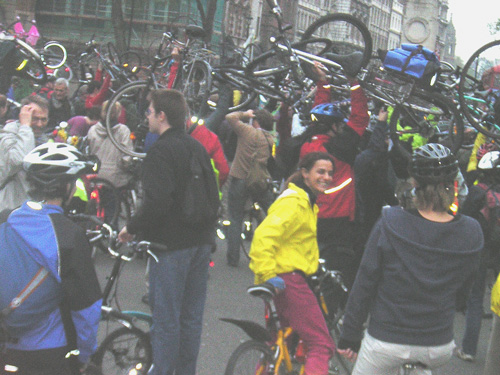 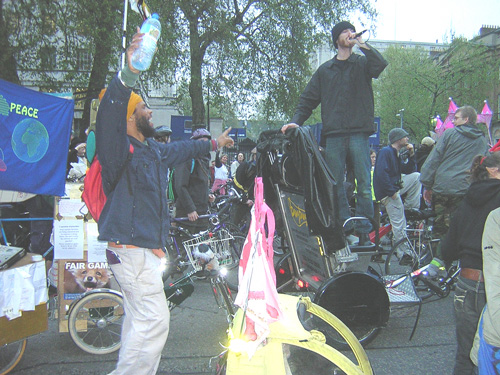 Open microphone outside Dowing Street - MC's givin' it up! 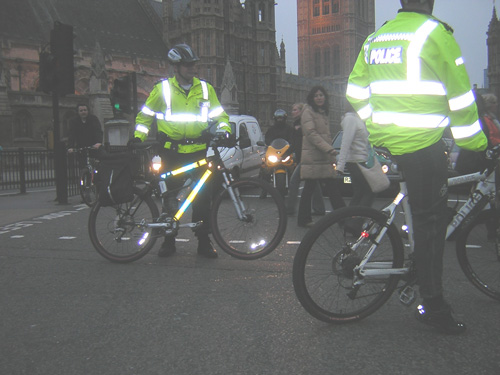 They couldn't help it, could they? ... they had to join the Mass

Up to 1.500 people participated in the cellebration of the 10th anniversary of the Critical Mass in London, which included a samba band on wheels, 3 mobile sound systems, live music and lots of good humor and a carnival atmosphere. Traffic was brought to a halt all over central London for over 3 hours, where the streets temporarily became open spaces for people to use and enjoy without the hegemony of the car culture.