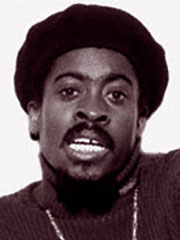 Beenie Man: “I'm dreaming of a new Jamaica, come to execute all the gays”

One of Jamaica’s top reggae and dancehall music stars, Beenie Man, was met by police when he arrived at Heathrow Airport on Wednesday 23 June for the start of his Irish and UK concert tour. He has been under investigation by the Metropolitan Police for the last nine months.

Acting on a complaint by the gay human rights group OutRage!, Detective Chief Inspector Clive Driscoll questioned Beenie Man about his homophobic lyrics, which advocate hatred and violence against lesbians and gay men. See samples below.

A few hours later, the Ocean nightclub in Hackney, east London, announced the cancellation of Beenie Man’s concert tonight (24 June), following a request from OutRage!
Ocean’s statement said: “Due to concerns for public safety and following discussions with the Metropolitan Police, Ocean has cancelled this Thursday’s Beenie Man concert”.
“This cancellation is a triumph over homophobia”, said Peter Tatchell of OutRage! “Our aim is to make Britain a no-go area for entertainers who incite violence against gay people”.

“We hope this victory will result in other homophobic singers having their concerts cancelled. Once they start losing money they’ll soon drop their anti-gay lyrics”.
“We congratulate Ocean for taking a stand against homophobic prejudice and violence”.
OutRage! had warned the police and Ocean that “many people blame singers like Beenie Man for stirring up homophobic hatred. This hatred has led to the murder of dozens of gay Jamaicans and to attacks on gay people in Britain”.

OutRage!’s letter to Ocean’s Director of Operations, John Love, stated: “I presume Ocean would not host a performer who encouraged violence against black or Jewish people? We are asking you to enforce the same policy towards Beenie Man”.

“We want Beenie Man arrested and charged with incitement to violence. His hit tunes Damn and Bad Man, Chi Chi (Queer) Man glorify and encourage attacks on lesbians and gay men”.
“Beenie Man is the second homophobic Jamaican music star whose concert has been cancelled following pressure from OutRage!. Last December, Bounty Killer failed to show for a performance at the Stratford Rex in east London after OutRage! urged the police to arrest him over lyrics inciting the murder of lesbians and gays”, said Mr Lock.

NB: Chi chi man is a Jamaican homophobic insult; the equivalent of poof or faggot. Translations to standard English are in brackets below the patios.

A line from Beenie Man’s hit tune Damn roughly translates as:
"I'm dreaming of a new Jamaica, come to execute all the gays".