last tuesday came our first group confrontation with the status quo. didnt expect the TSG to turn up, but they came and went away, and we stay, with ourselves and the comunity.close call it turns out, and we won.
here a couple of reports from some of us.
come visit and improve.... some time. 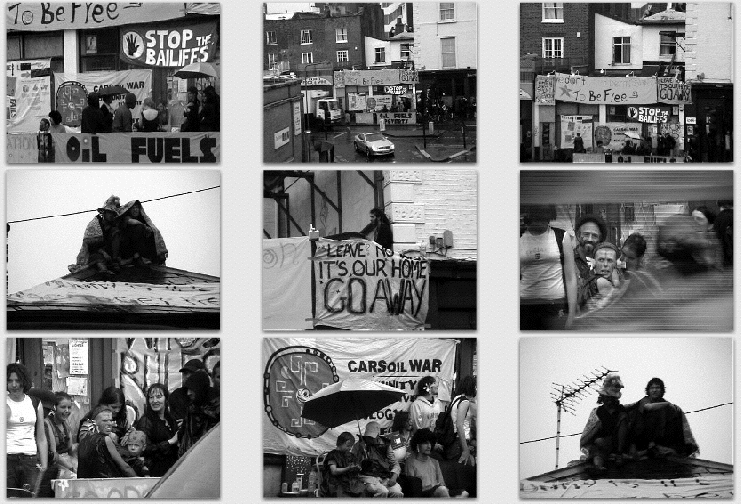 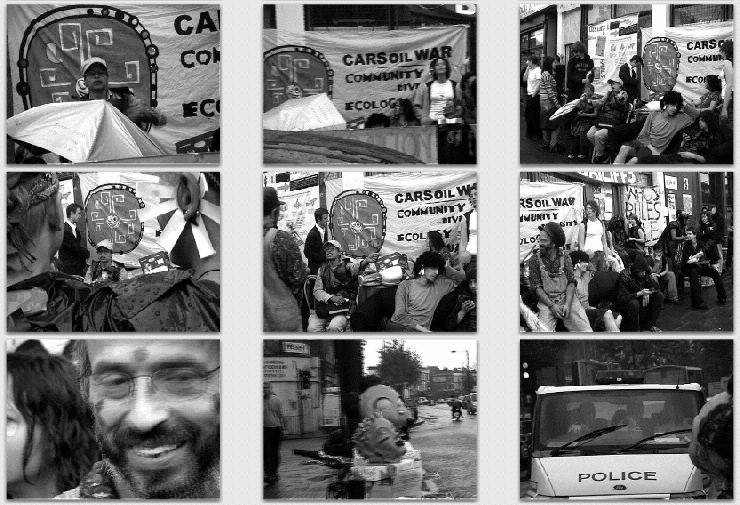 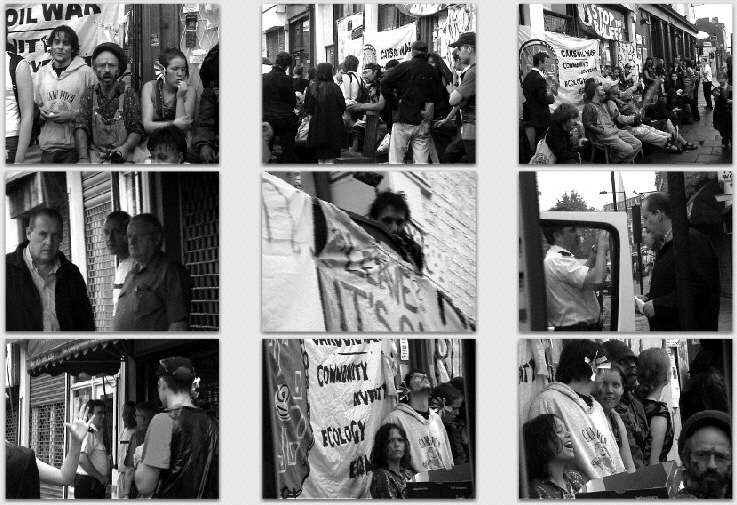 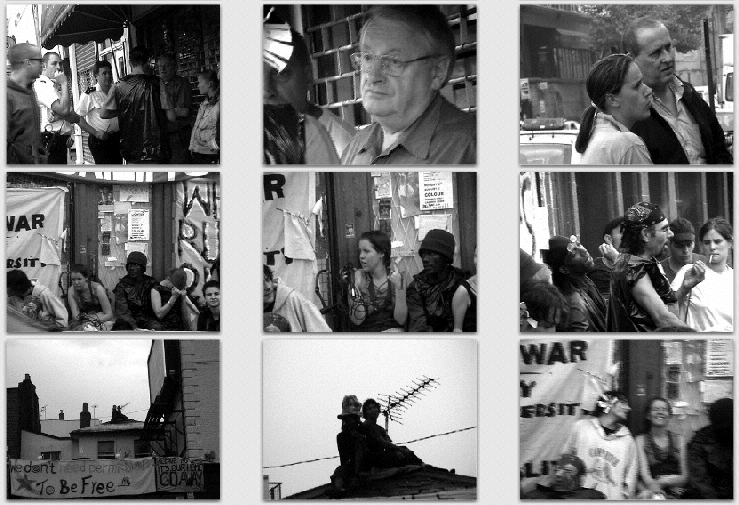 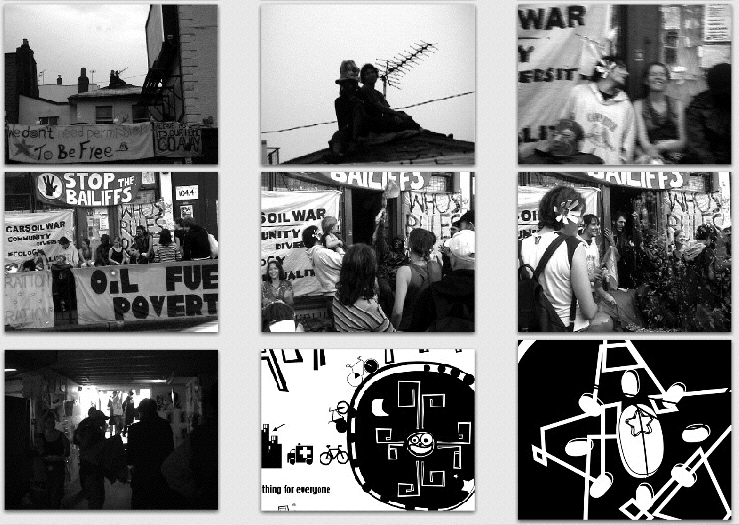 0659 Sleep deprivation has taken its toll, tho by dawn the banner making and preparations for the day to come were being completed. Excitement and enthusiasm filled the autonomous lab, the companeros were in good spirits. Despite the rain everyone was able to gather together to resist the eviction, as the time reached closer to 0900 there was a sudden urgency to organise and evacuate the building to be prepared for the oncoming bailiffs. the companeros had no idea what they would be facing, so they were slightly apprehensive yet eager to resist to save what they had known as a place to engage the community, and to share their experiences with one another. it was decided amongst the companeros that some would remain in the building to provide a final stand. The remaining companeros were determined to remain outside creating a 3 deep buffer zone between the building and the ruthless invaders. they were all rallied against the forces trying to undo the good work they had done and were planning on continuing to do in the future. as the resistance outside rallied support from passing vehicles and the general public, the companeros inside were in preparations to withstand the onslaught if the building was infiltrated. These preparations included a few who decided to camp out on the roof through the pouring rain, where loose slates and the wet surface caused uncertainty with every step. The remaining companeros offered an important service to those on the roof they kept them informed of developments and situations outside the building. The companeros on the roof kept each other occupied by chanting and trying to attract the attention of the general public, the wet weather could not quieten them, their commitment to the cause kept them there, it was obvious they wanted to stay, and nothing could change their mind. They felt that this place was essential to educating the public about what the world is, who rules it and that the people have the power to change it. it was certainly not an option to hand back such a valuable opportunity and chance to achieve just to be transformed into a space for the idea of creating profit. Therefore...WE OCCUPIED...WE WILL CONTINUE TO RESIST...AND WE WILL PREVAIL !!!

it's raining, and we wait - though not silently fueled by pancakes and good food, we sing and shout for the cause & decorate the street.Plastic bags head first keep us dry - 1000 the police van BLOCADE! Shut the fuckers out! Someone speaks to them heek, they want to use the force vow, but they perch still in their van till the owner comes.
The owner's got the smutterings of obligation on his chin, says he used to work in a charity & wants to negotiate.
The door is locked on to one of us, a tight fit, the sofas on the front keep it unpenetrable - we wait...

our friend comes back from talking to the landlord..... wears a smile. Oh! YEAH WE ARE STAYING!
Rejoiyce & confetti in our hair and noses, cake and coffee - It's all good....


Come the afternoon, the two big bad cops come in through the door, the odour of corporate superiority stank the air, arms crossed they stomp around, poking around, fault finding.

Oh yeah?? well, they found nothing - the Autonomüs Lab is a community space and a place of diversity.... they eventually leave, without ease -dam who bread those hawlk eyes?the tiredness was apparent, everybody drifted in a lullaby and eventually the babes in the wood fell asleep with their thumbs in their mouths.