Travellers or Roma have faced oppression, murder, sterilisation and genocide from successive European governments, including the Nazis and the current regimes. In Essex, the situation is currently worsening for Travellers. The British Nationalist Party have won 3 seats on Epping Forest District Council with their neo-Nazi pledge to drive out the local Gypsy people. A young mother with triplets and an elderly couple, who had lived on their own land at Paynes Lane, Lower Nazeing, Essex, for l4 years, along with other families were evicted in June. Another man was sent to prison for 28 days for living on his own land, and a judge is threatening to imprison his wife and children if they don't move from land they bought at Colney Hatch. The council now hope to evict the last remaining couple from Paynes Lane on 22nd August, despite the fact that they have been paying council tax for over 10 years. Anti-racist and Gypsy Council campaigners are planning a rally to counter the eviction at Paynes Lane on the 22nd August. The rally will include the unveiling of a Memorial Field for Roma victims of the Holocaust, and will celebrate the survival of Romani culture with music and food. Anti-racist campaigners also demonstrated last Saturday near Cambridge. Local residents protested against neo-fascists outside the Oakington Immigration Detention Centre. Previous coverage: [1][2][3][4][Photos]
Links: [Traveller Support][East Anglia Social Forum]
Calls for rally at Paynes Lane, 22nd August: [1][2] 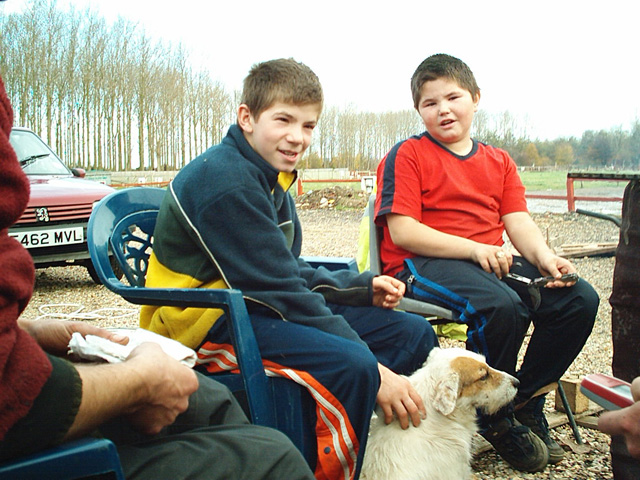