These some photos concerning an anti war protest this morning outside the Foreign Office. 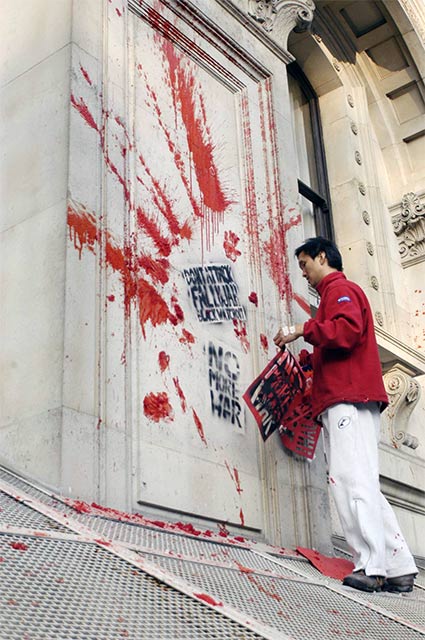 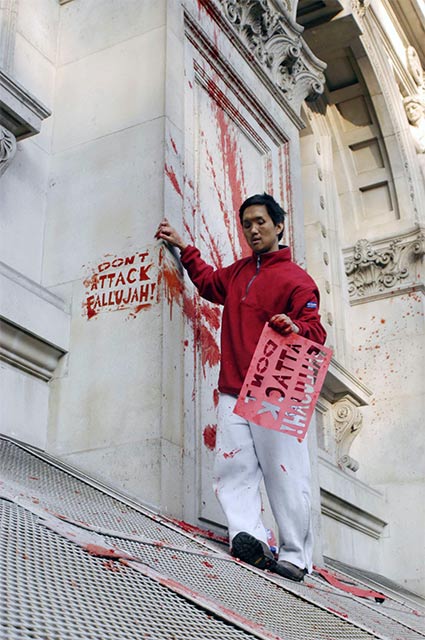 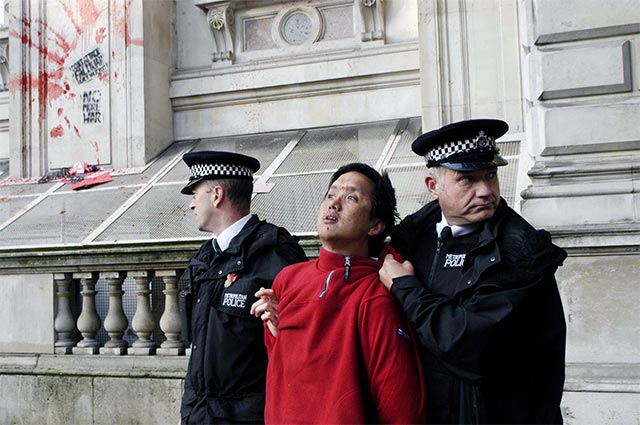 Protester arrested with slogans behind them

A protest which happened this morning to show opposition to the imminent threat of increased bombing raids on Fallujah by US forces. The protest also called for the British Army unit the Black Watch to be brought out of Iraq.