Stills and a movie clip from Saturday's lively and colourful demonstration for a Palestine free from Zionist oppression and occupation.

VICTORY TO THE INTIFADA! - video/mpeg 1.2M 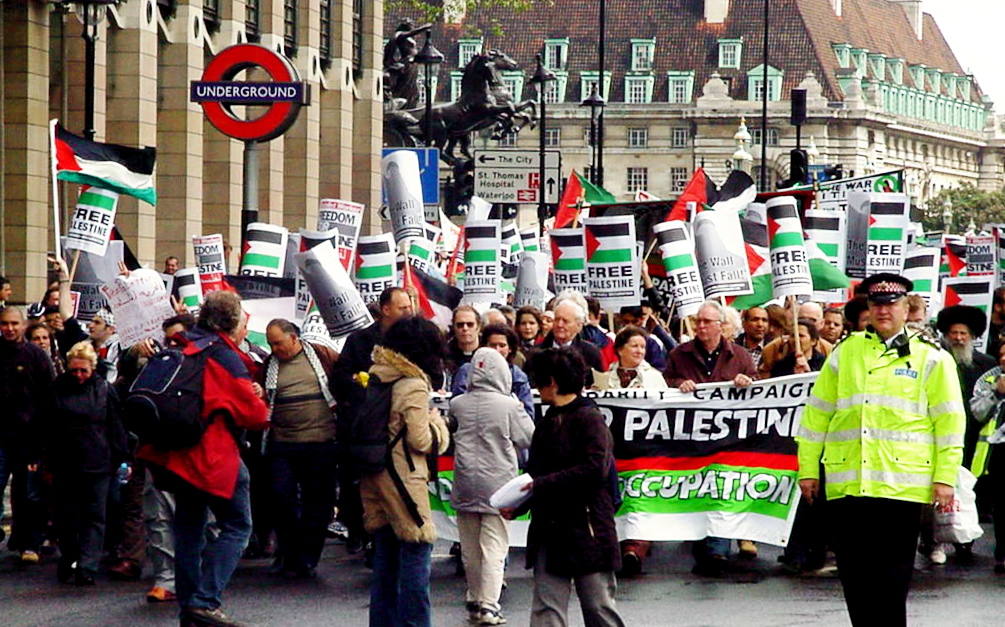 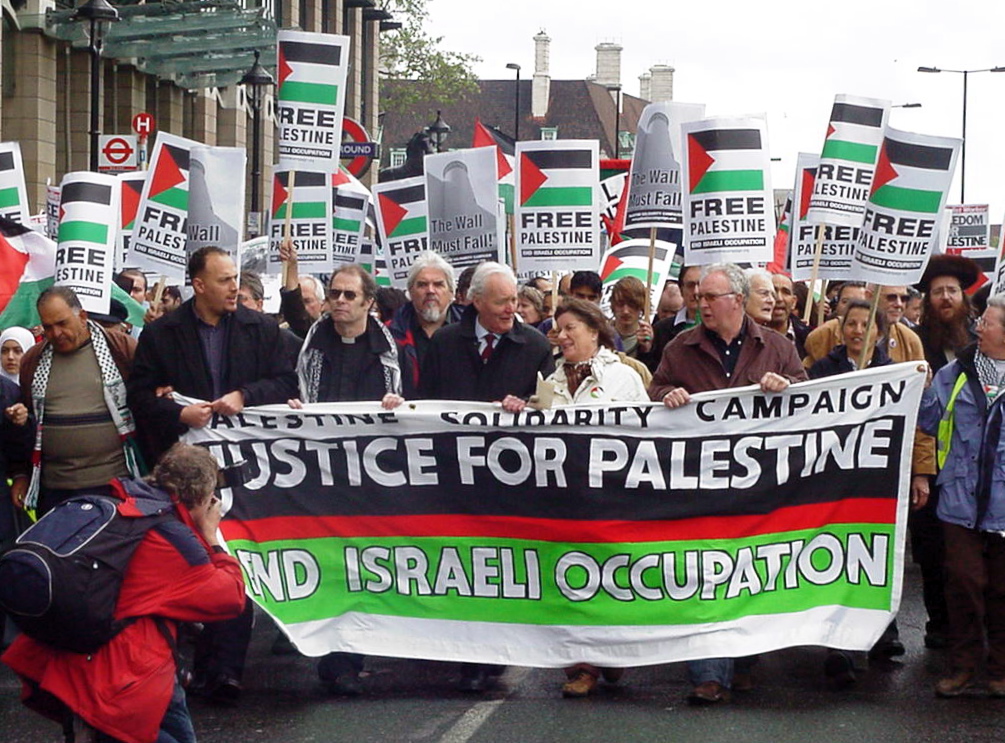 Marching on a broad front 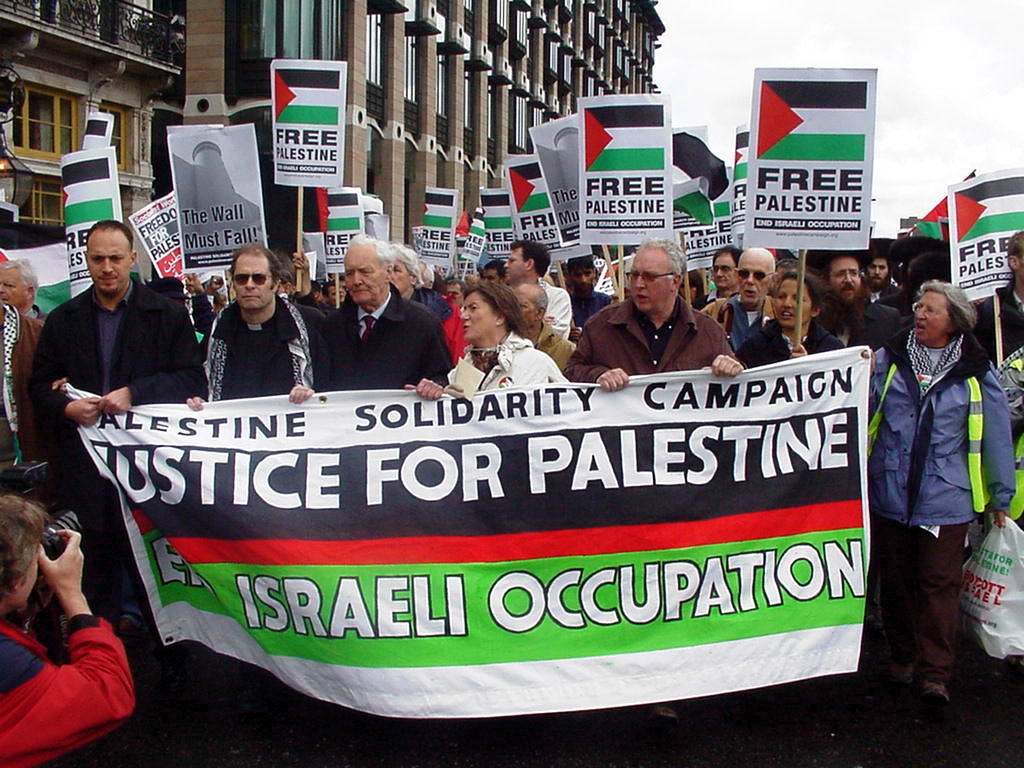 Thinks: "Why doesn't that blinkin' snapper get out the bleedin' way?" 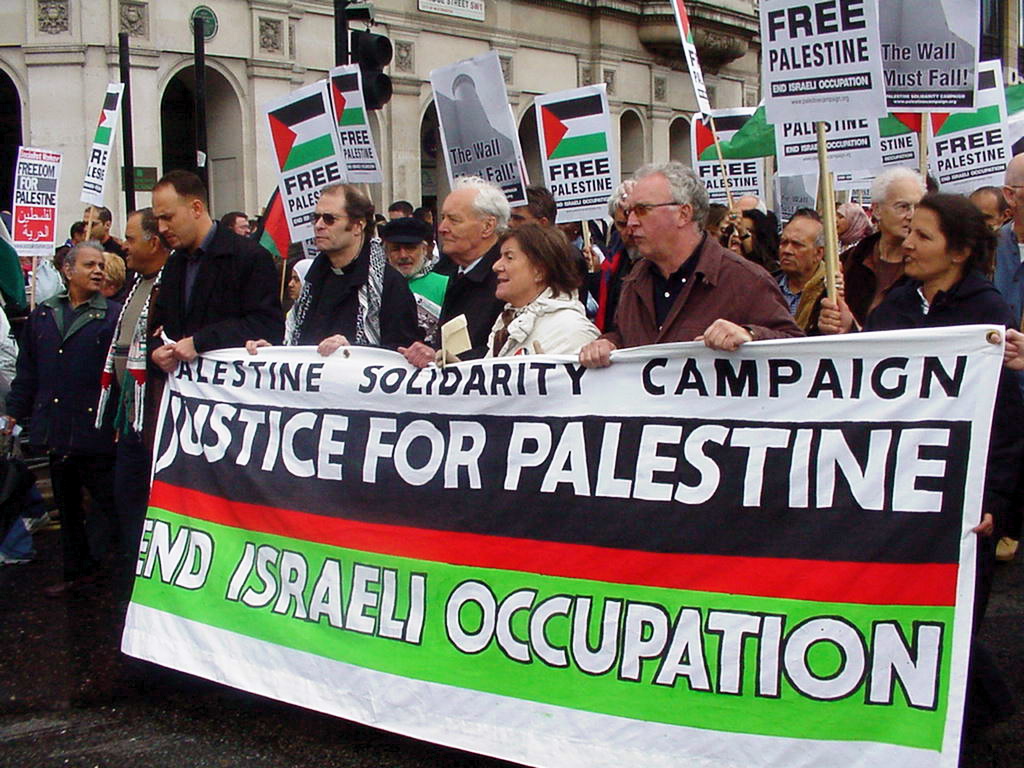 There's no justice, just us 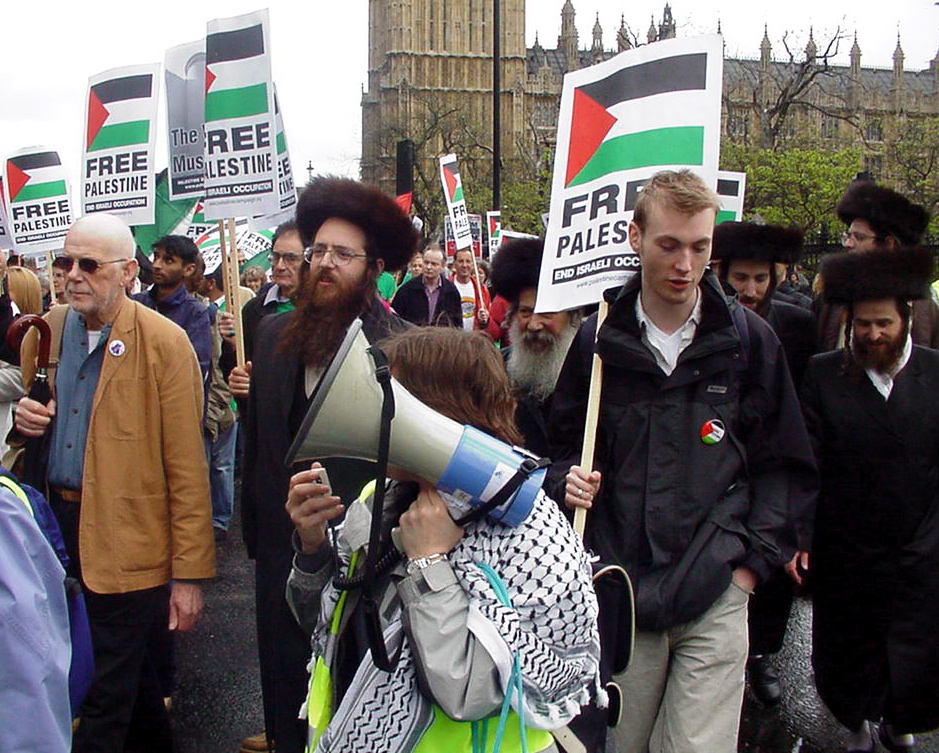 Jews for justice for Palestinians 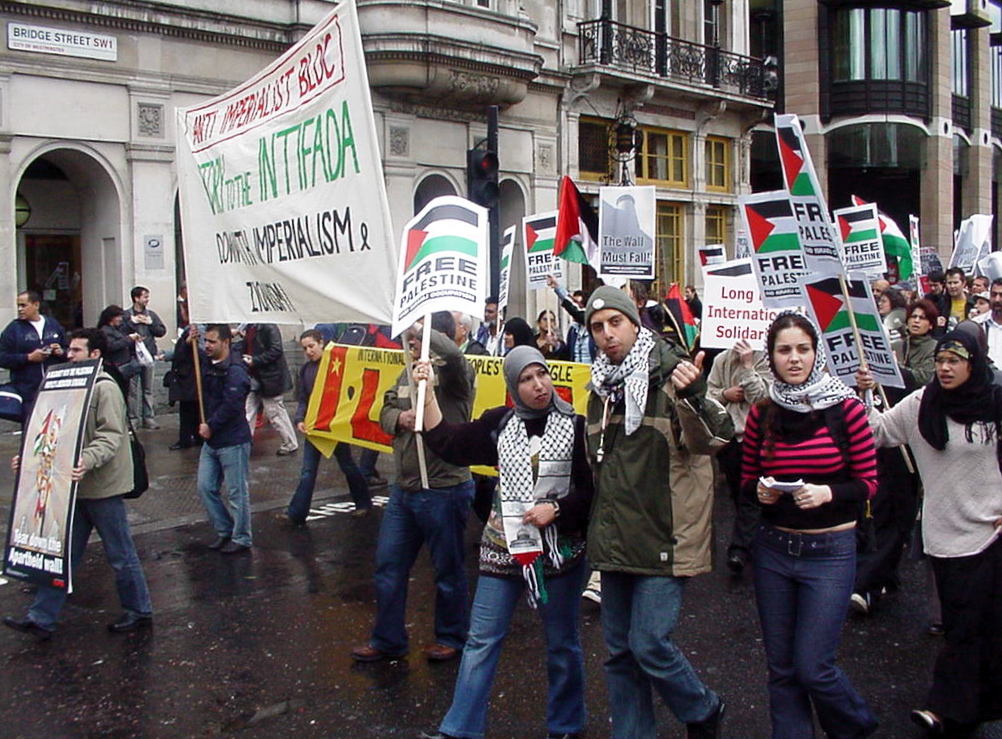 Anti-imperialism pulls in a youthful crowd 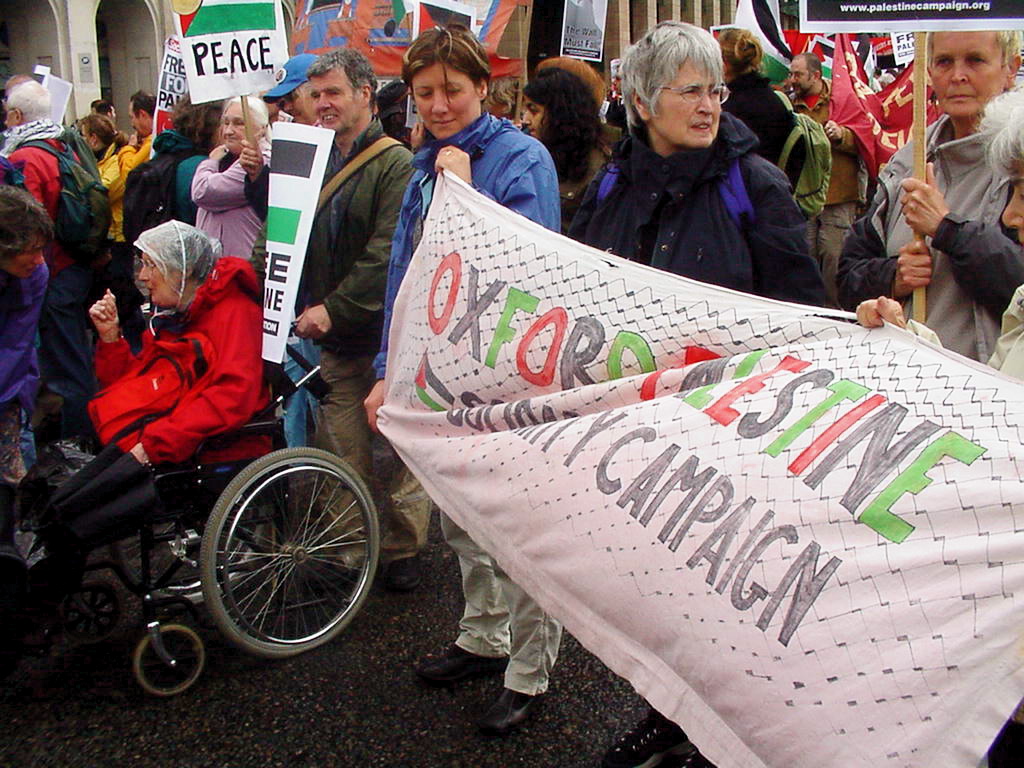 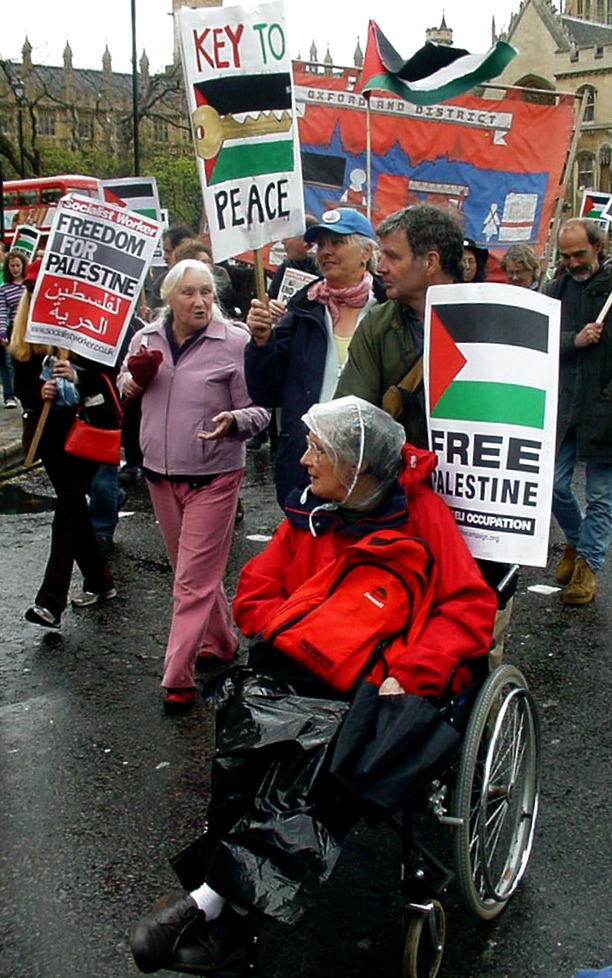 Got wheels? Come on down and demonstrate – 1 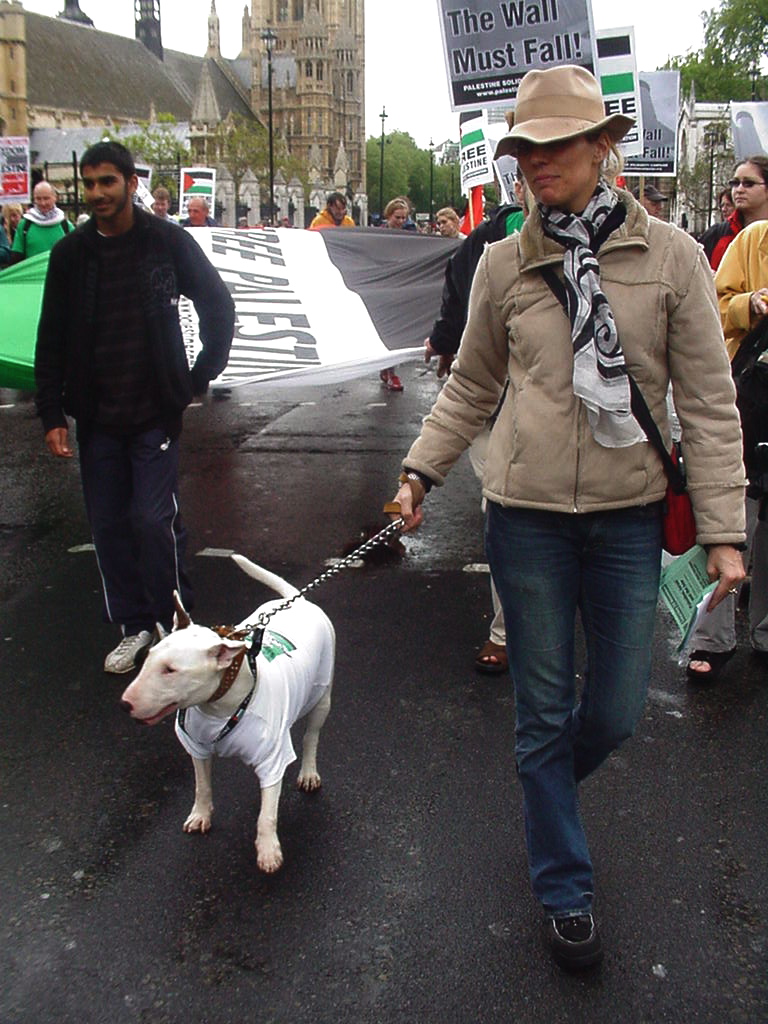 Doggies do demonstrations too 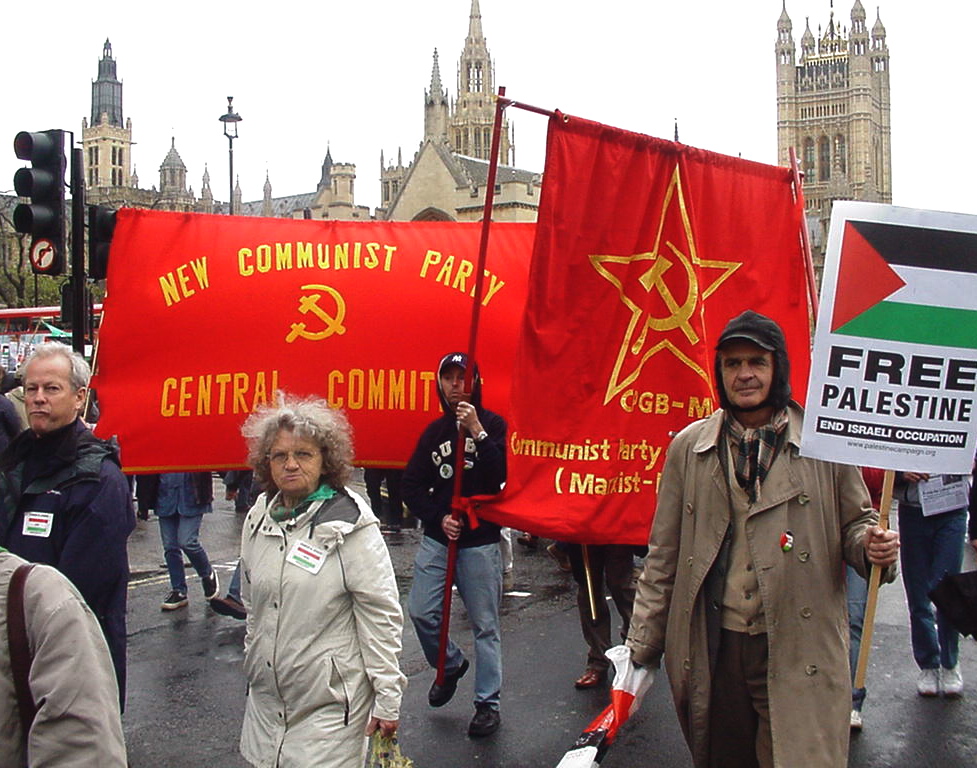 Then raise the scarlet standard high, within its shade we'll live and die 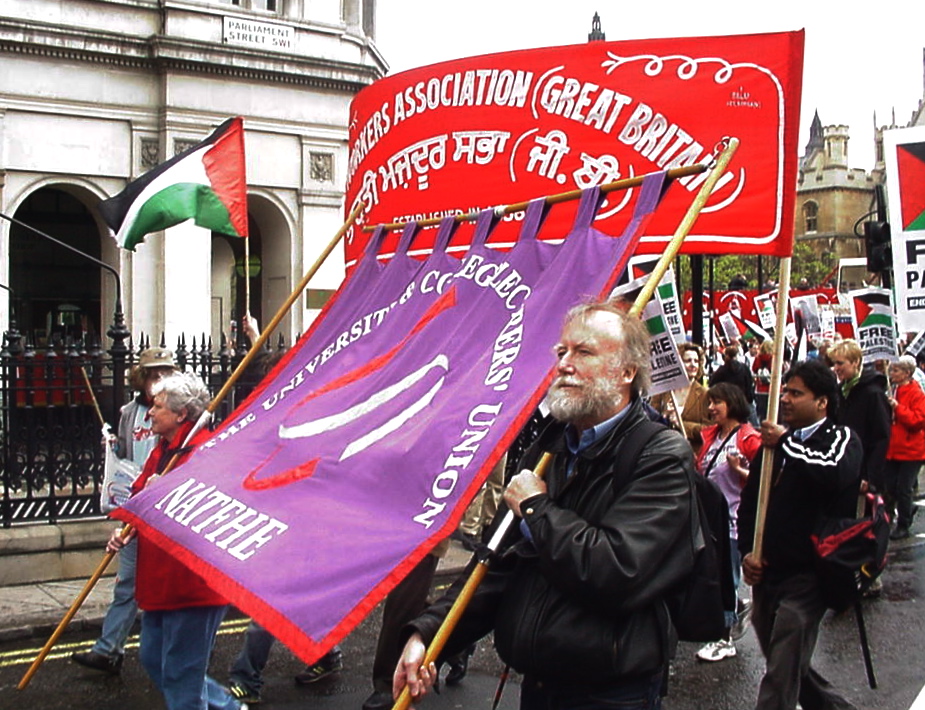 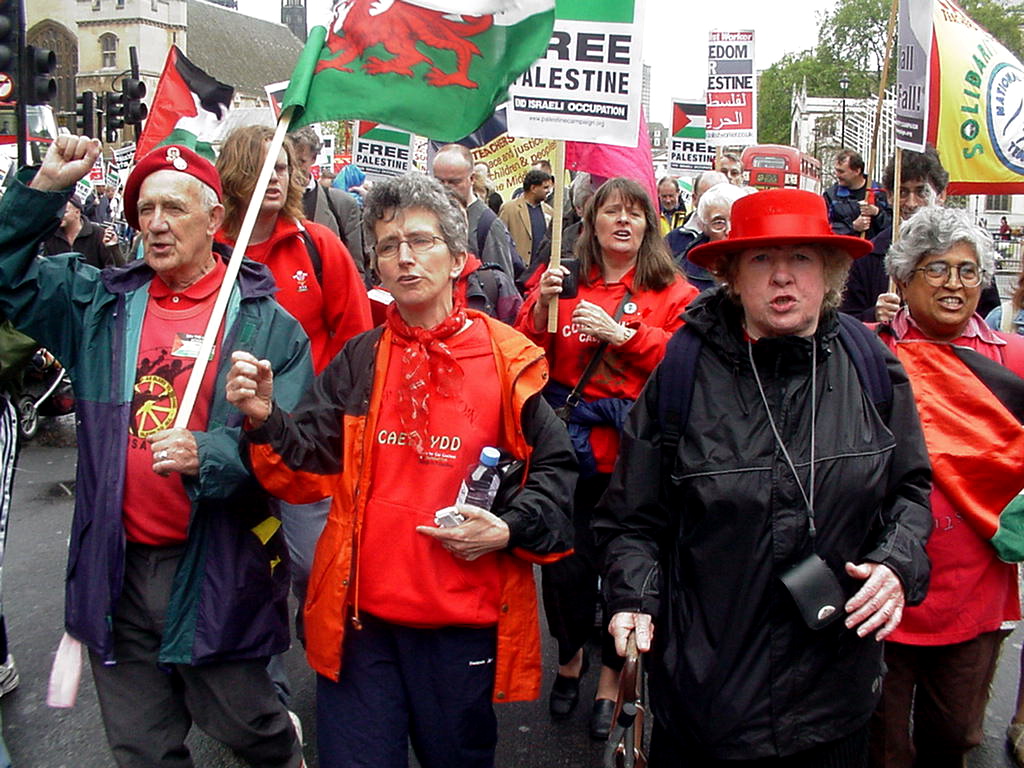 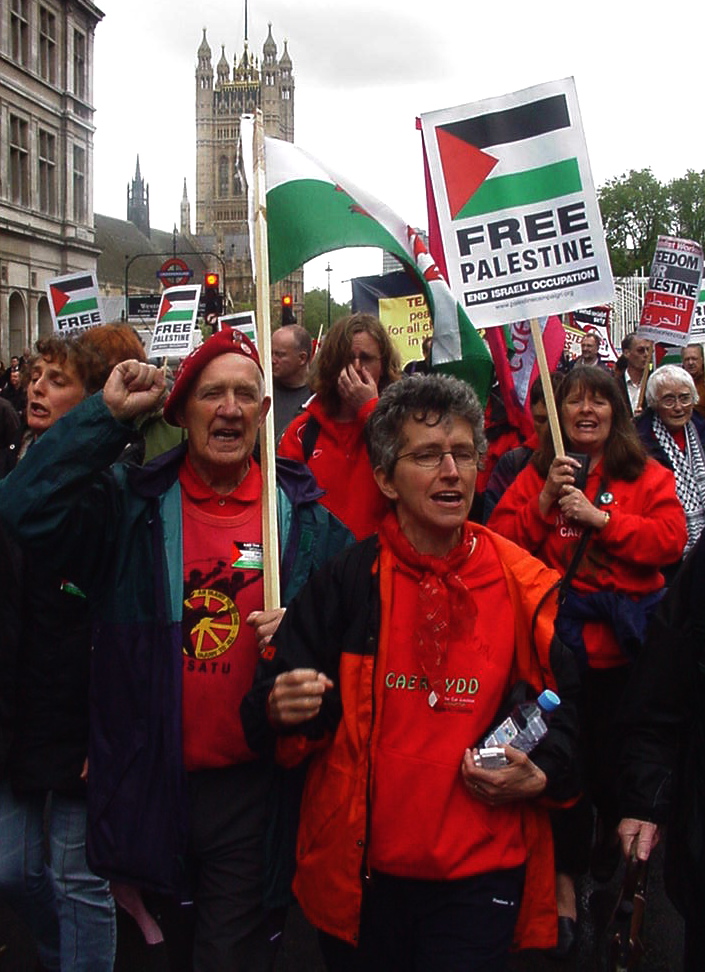 Got wheels? Come on down and demonstrate – 2 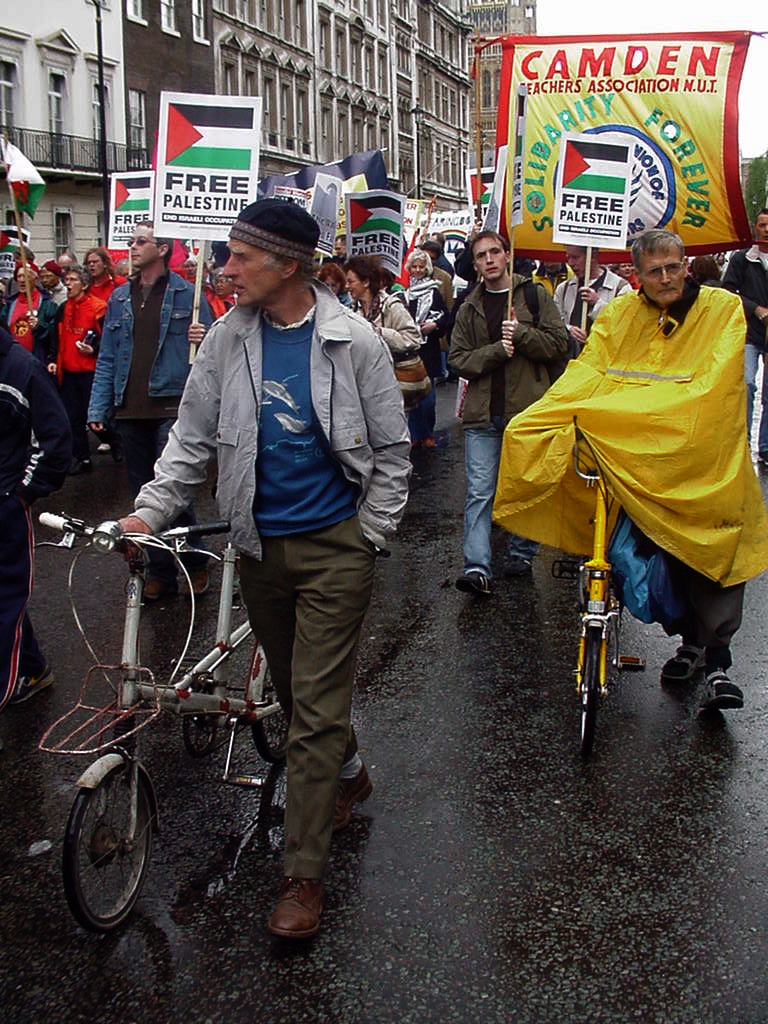 Folding bikes for freedom (mine included, but not in shot) 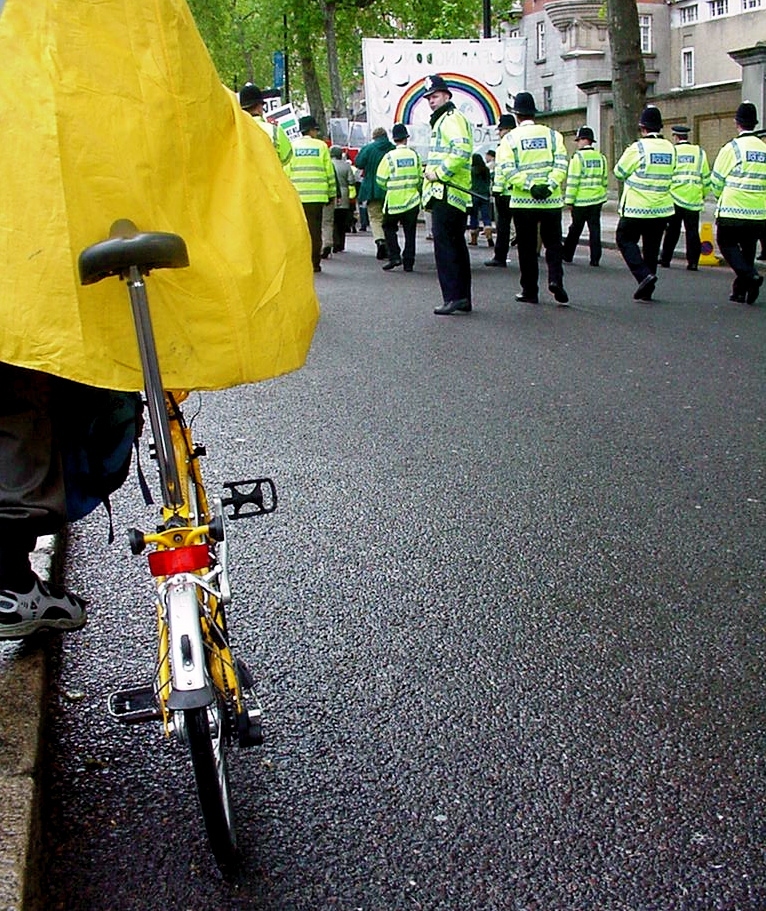 The end of the demonstration

Between photographing the Uzbek Embassy protest against the Andijan/Pakhtabad massacres, and attending a public forum celebrating the 1905 revolution in Russia, I just had time to record the Palestine Solidarity Campaign's relatively small but vocal and enthusiastic 'Free Palestine – End Israeli Occupation' demonstration; details:

With the insurgency against the brutal US/UK occupation of Iraq making most of the running in the mainstream media's middle-eastern coverage, perhaps the relative side-lining of Israeli state barbarism (not that it ever gets the breadth or depth of condemnatory stories it deserves) has had a knock-on effect on the size of this annual demonstration. However, as a friend who was on the whole demonstration and at the concluding Trafalgar Square rally pointed out, size isn't everything – the quality of the people protesting put her in mind of folks who don't just show up for another A to B march once a year, but spend plenty of time in between on the nitty-gritty of solidarity campaign work. And indeed, the recent controversy over UK lecturers' unions' backing an academic boycott of Israeli universities may well have something to do with the sizeable contingents of teachers, lecturers and even schoolchildren on the demo.

If you're moved to demonstrate practical international solidarity with our Palestinian sisters and brothers, I recommend checking out the direct action stylings of the International Solidarity Movement:

For the most politically astute coverage and analysis of the ever-deepening middle-eastern crisis, I recommend the International Communist Current's 'Israel/Palestine' portal page:

This event was organised by the UK's Palestine Solidarity Campaign:

All these photos are 'CopyLeft'. This means you are free to copy and distribute any of my photos you find here, under the following license:
Copyright ©2005 Tim D Jones
Permission is granted to anyone to make or distribute copies of these photographs, in any medium, for personal and not-for-profit purposes, provided that this copyright notice and permission notice are preserved, and that the distributor grants the recipient permission for further redistribution as permitted by this notice.
Modified versions may not be made. Accreditation: