Chalk4Peace will be active at The G8 Gathering in Scotland

As we have at many demo's over the past 2 years ,bags of chalk will be distributed at the G8 demonstration in Scotland with a flyer encouraging individuals to make their personal statement for peace on the pavement

From the hearts of the children 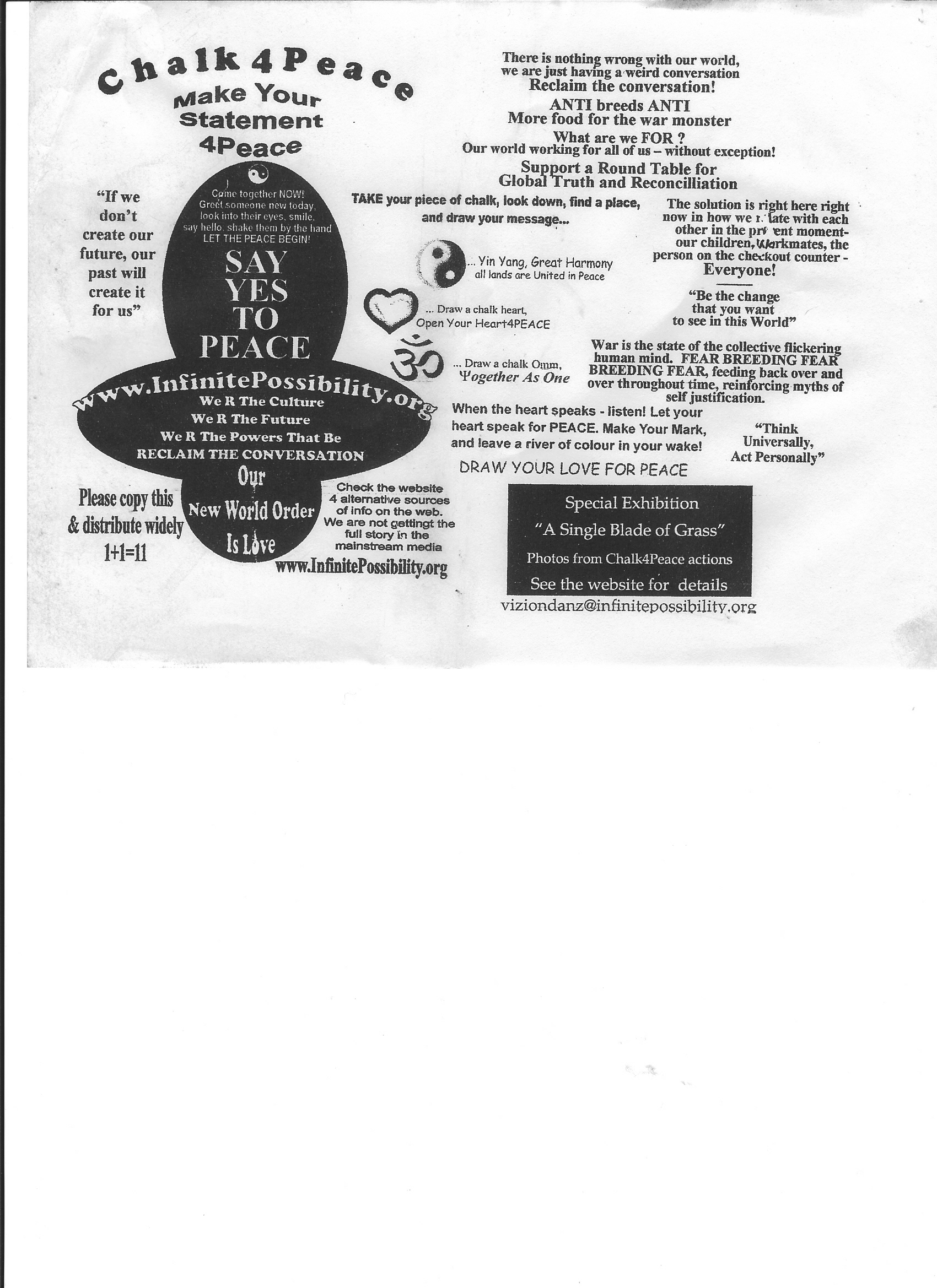 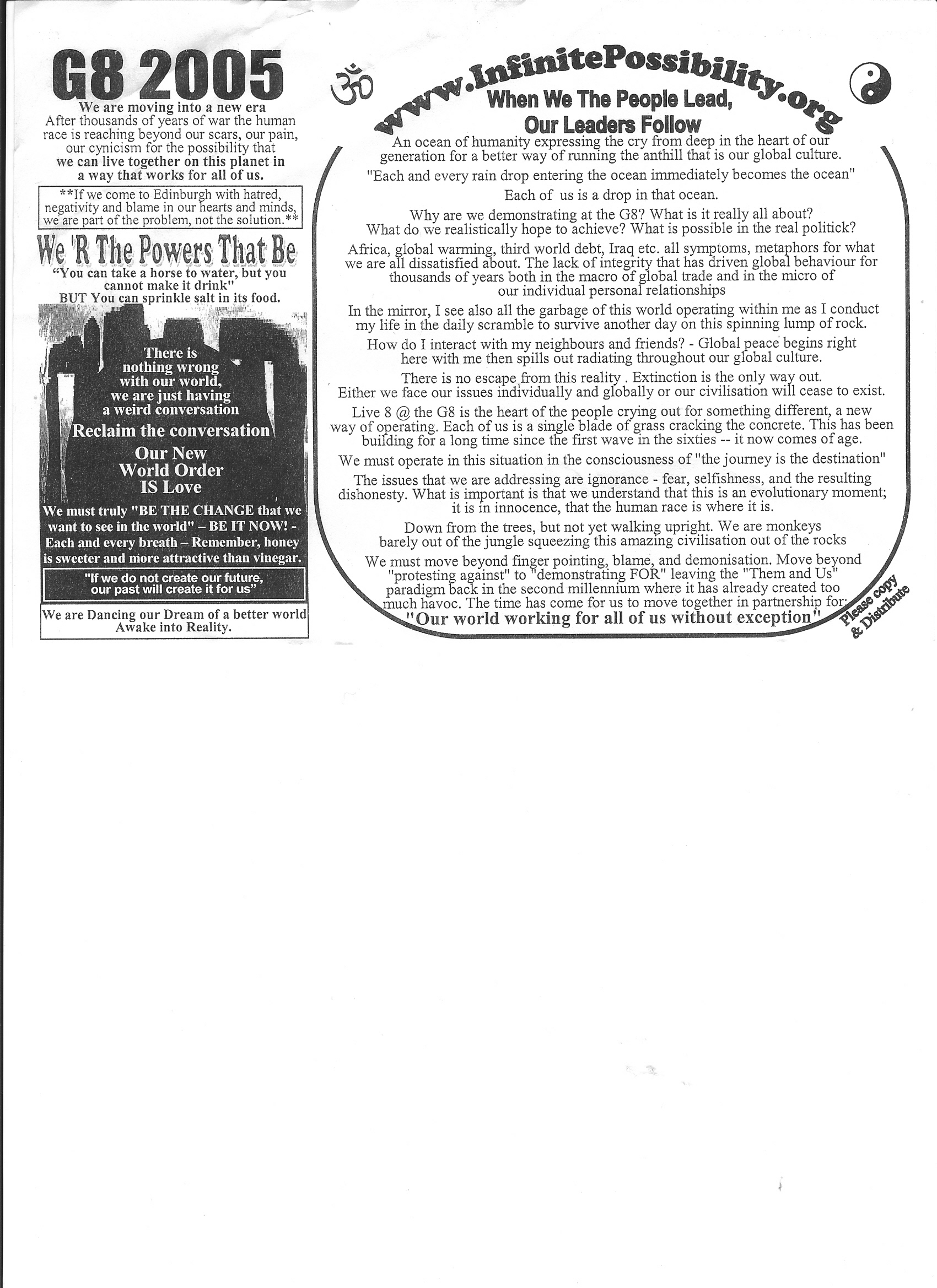 We will be distributing flyers, chalk at demonstrations during the G8 summitt, encouraging people to make their personal statement for peace, an explosion in public art. Thousands of ordinary people have been directly activated by this project at such locations as Parliament Square ,Hyde Park, Picadilly, Trafalger Square, Tower Bridge, Glastonbury, Brighton, and is beginning to replicate in many states in the US and around the world
The power of this campaign is that it is self replicating it needs no "organisation"

WE HAVE CREATED MURALS 100 YARDS LONG using children and adults young and old who got DOWN ON THEIR KNEES and MADE THEIR STATEMENT 4 PEACE with coloured chalk. We also have distributed hundreds of flowers for free.

This is the 2nd year that this project has hit the streets during the demonstrations for peace and is part of the "Say Yes TO Peace " campaign.

Campaign to shift the paradigm from conflict to UNITY.
From a double negative
" No to War"
To a double positive
" Yes to Peace "