The Clown Army and its Entourage Extravaganza

The Clown Army has acquired such fame that it draws a number of groupies:
Geoff, the Black Bitches and The Full Monty line dancing group 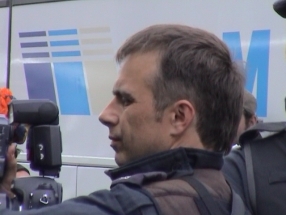 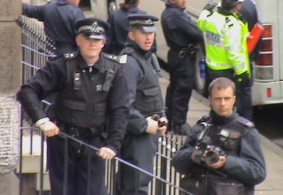 Geoff, looking for a photo op 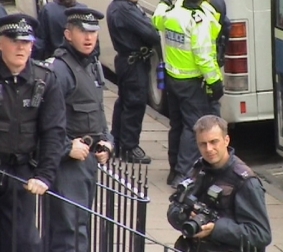 Geoff and his grumpy pals 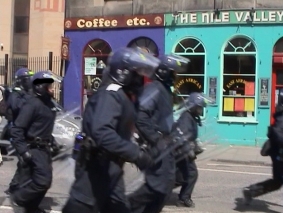 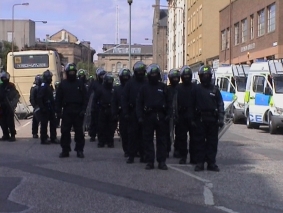 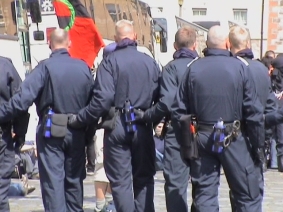 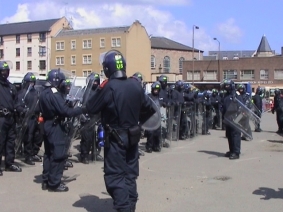 10 out of 10 for The Full Monty street parade

The Clown Army has acquired such fame that it draws a number of groupies:

Their biggest bitches wear black and cover their face in shame for their long faces. They don’t subscribe to the Clown Army’s love of laughter, life, happiness and pink.
Still, in solidarity the Clown Army turned up when needed to de-arrest their entourage in a police cordon by throwing kisses rather then sticks at the police. Lets hope the bitches appreciate that and don’t mess it up for the Clowns again, but like a younger brother they probably will. Many pictures of them can be found with other indymedia articles, so we stay focused an introduce to you:

The Clown Army’s biggest individual fan follows them everwhere. We call him “Geoff” between us. He comes to London and Scotland and always brings his two mates from back home. He is a bit grumpy (not like Patrick), especially if you stand between him and his idols. His mates have been known for violent and disorderly behaviour. Be aware, they are armed with more then bad breath!
At the same time due to his tremendous haircut Geoff has a following himself, the infamous line dance group “The Full Monty”. They again collaborate with aforementioned group of bitches in a well practiced, even if somewhat clumsy dance routine