kids block on A9

comments and report by kids and mothers on the baby block against the G8. 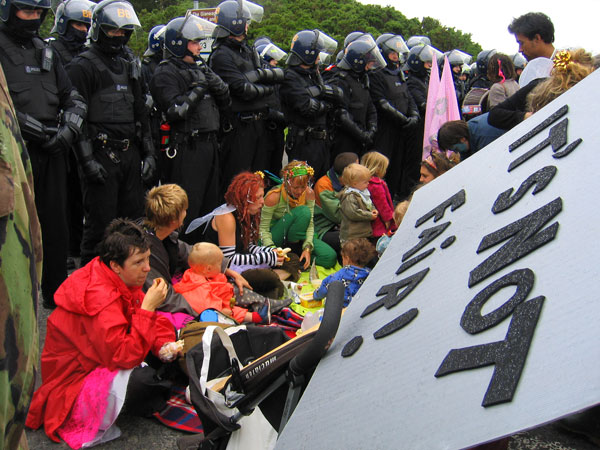 picnic at feet of riot cops 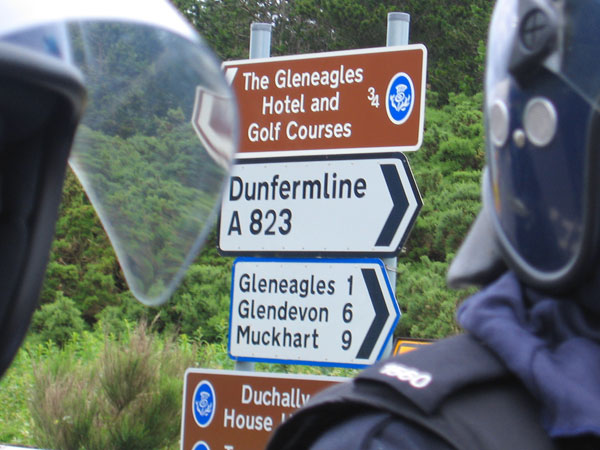 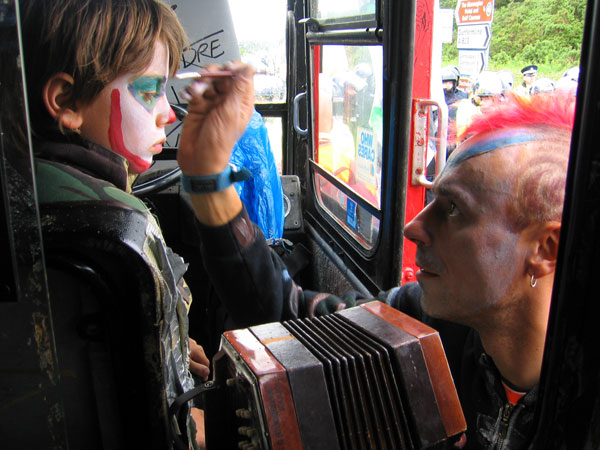 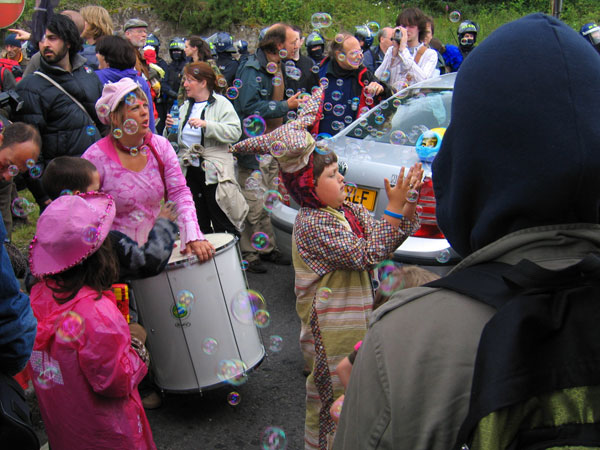 rythems of resistance and kids 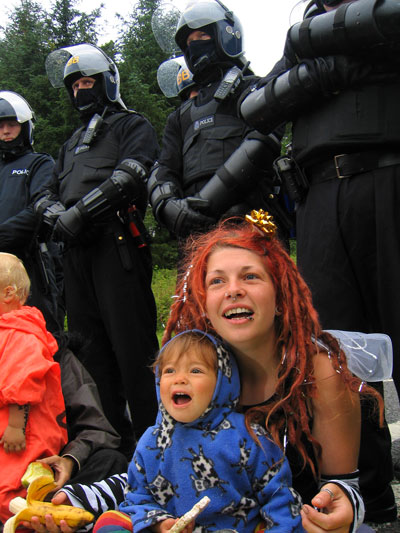 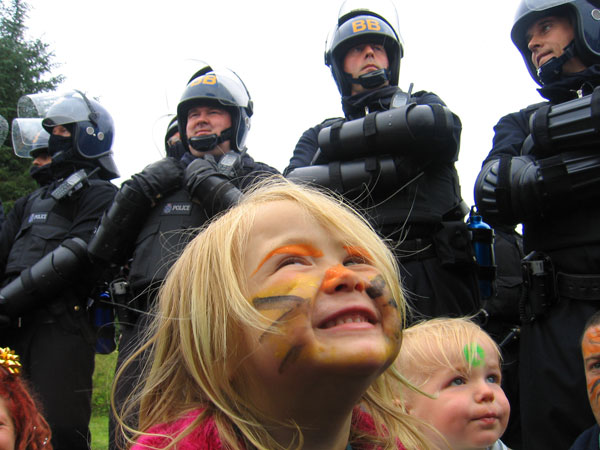 image speakes for itself 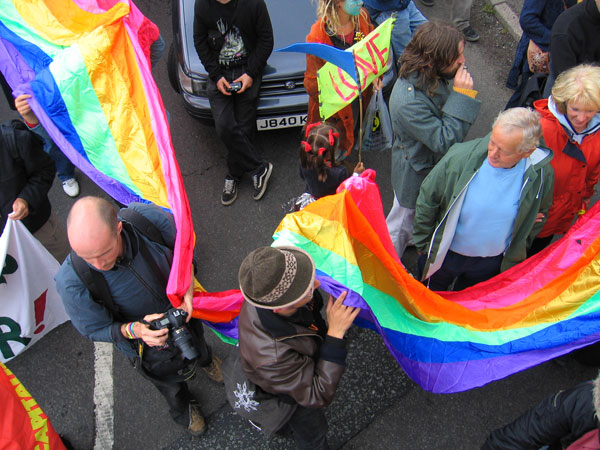 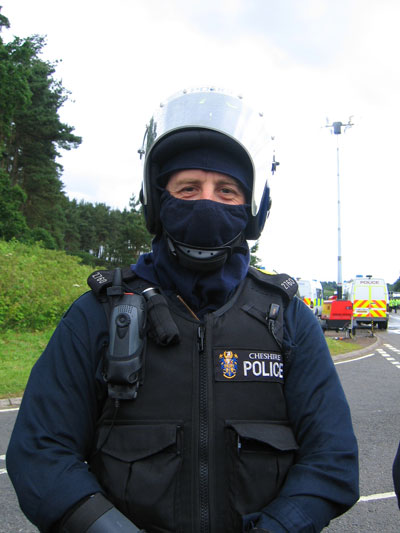 The planned baby block colourful convoy was loaded up and ready to go at nine thirty, but police immediately delayed our departure - finally agreeing to let us leave the Stirling Eco-village with an escort (which we shortly after lost).
We were a red double decker bus, about twenty vans and cars, a small Rhythms of resistance samba band, a group of clowns, a load of food and snacks, and all the other accessories necessary for a nice fluffy carnival.
After a bit of confusion over directions and all the police drawn by other blockades, the convoy was slightly scattered, but soon got back together, then to be stalled by police searching the bus.
Finally we found ourselves in a blockade on the bridge over the A9, three quarters of a mile from the hotel. We all got out and immediately brightened up the dull day with some drumming and shaking - the samba band maestred by eleven year old Sienna. The kids picnic soon got started by the feet of riot police who had lined up infront of our blockade and were joined by cheeky clowns and peaceful gieshas. When Critical Mass showed up with the soap box trike there was some frantic dancing in the rain.

There was no trouble throughout the action... it was a beautiful thing.
Following are some statements from the participants...

"It’s important to do something if you want to make a change and a difference. By teaching our children that apathy is not an option then there is hope. “
Mother

“The governments are being completely irresponsible and unsustainable about the use of energy.
Our children’s future is in jeopardy. Pressure needs to be put upon the G8. I didn’t want to have to come here, but was left with no option but to stand up for our planet and species. My daughter wanted to come too and I do not feel irresponsible”.
Mother

“It is their future and the future of their world that is being decided by the 8 old white men behind closed doors. This was the only way left open to make these men hear their voice- and ours- to make them realise that what they are doing is not in our name and does not have our approval.” Mother

“We came here because we want to object to the way that our world is being run by a few corporate meglomaniacs. I think it was very important to bring my child to show the police and the politicians that we care. This world for its future belongs to our children”.
Mother

“The clowns lightened up the atmosphere and even made the police laugh. They are great!
I play in the samba band and sometimes I lead it. Yesterday I went to the kids block on the double Decker bus and everyone really enjoyed it”. Sienna Rodgers, 11 years old

Angel, aged 3, was telling the police to “go away, you bad man”

“I asked a policeman why he was wearing black boots and he said that pink doesn’t really suit his uniform. We were here to make peace and love”.
Sunshine

“One of the children wrote on the road with chalk: ” I like this”.
Mother

“We told the police to go away. The police were scary.”
Heather, 3 years old