G8 trials at the Sheriff Court in Edinburgh

This is a brief account with 4 photos of the trial of five G8 protesters and members of the SSP (Scottish Socialist Party) at Edinburgh Sheriff Court on Monday 24th October 2005. 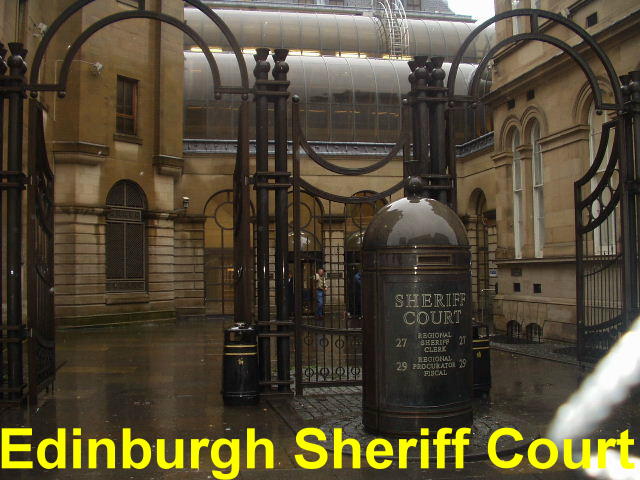 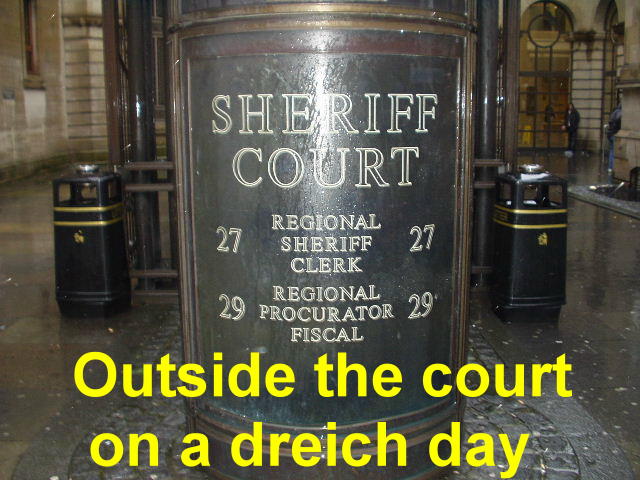 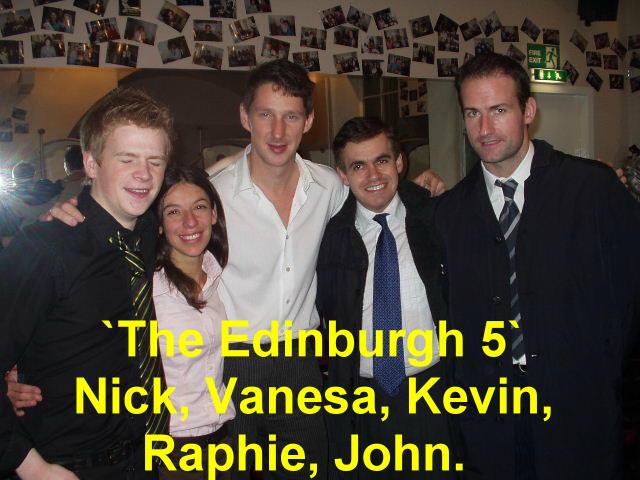 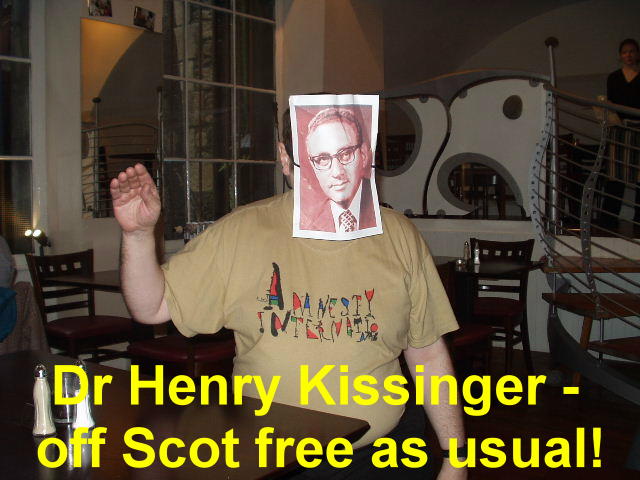 G8 trials at the Sheriff Court in Edinburgh


The trials of five SSP members who were arrested during the G8 protests in July started this Monday, 24th October. The Edinburgh 5, if that isn’t too dramatic a name, were Nick, John, Raphie, Vanesa and Kevin who were all arrested while taking part in peaceful protests and trying to negotiate with the police.

The case was due at the Sheriff Court in Chambers Street, Edinburgh at 9.00am though due to a backlog the hearing did not start until ten past eleven. Sheriff McIver presided and several of the defence agents asked for an adjournment due to a lack of evidence and this was granted. There will be a diet (interim hearing) on January 6th and then if both sides are agreeable then a full day’s trial will take place on January 20th. The sheriff asked the crown if the compilation DVD to be offered as possible evidence was made up of BBC news footage, Sky news footage etc and where had it come from and to the amusement of those present the crown didn’t know!

The hearing finished at 11.25am after which the defendants and supporters had an informal gathering over coffee in a café on the George IV Bridge. John Wight of the SSP, one of the defendants, gave the following quote:

“It really is an upside down world we're living in when those who raise their voices against imperialist wars of occupation, like the war on Iraq, unremitting poverty in Africa and elsewhere in the developing world, and the despoliation of the environment, are criminalised, while those responsible for these maladies are kept in the obscene luxury of the Gleneagles Hotel, surrounded by a phalanx of police and security personnel, all at taxpayers' expense. The only people who should have been in the dock today are Tony Blair and George Bush for crimes against humanity. These men, who practise statecraft like gangsters, have set the world on fire in the name of an economic system predicated on profit regardless of the human, social or environmental cost. They are the real criminals, not those who protest their crimes. Long live the global justice movement.”

Many of the G8 cases have collapsed, as the evidence against the accused has been so shaky:


Here is a report from the BBC website of the crown abandoning prosecutions in Scotland:

Here is a report with photos of the day of the arrests – Wednesday July 6th 2005:


For some photos of police `overkill` here is a report of the `Carnival for full enjoyment` on Monday 4th July:


Four labelled photos of the day of the court case are attached.