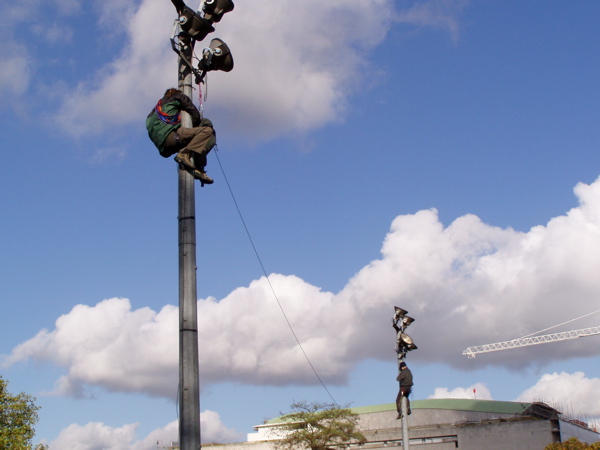 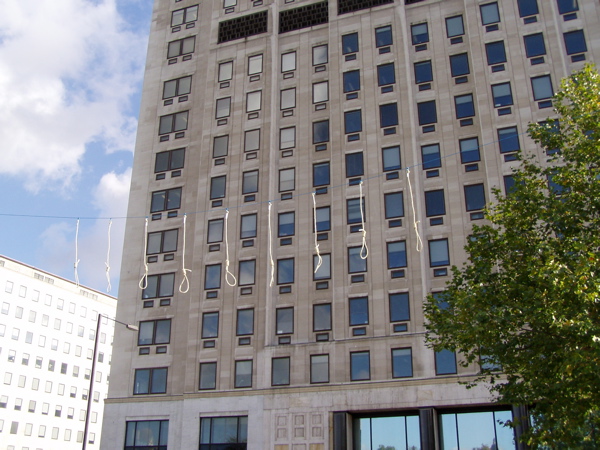 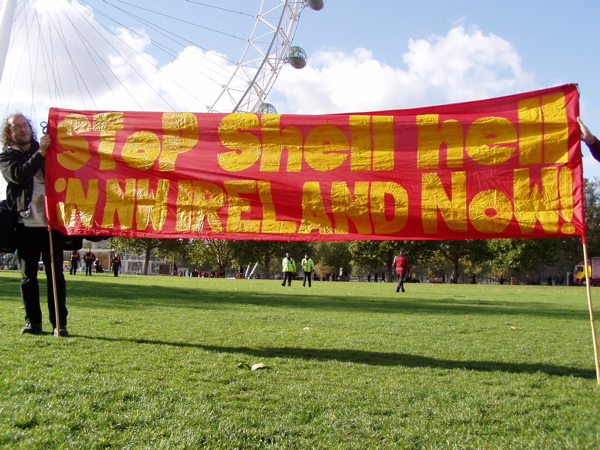 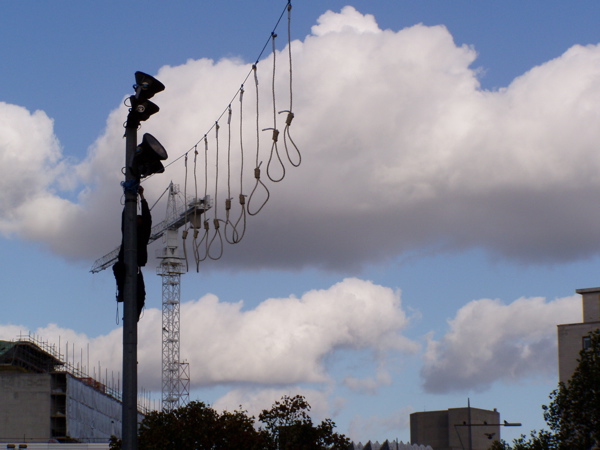 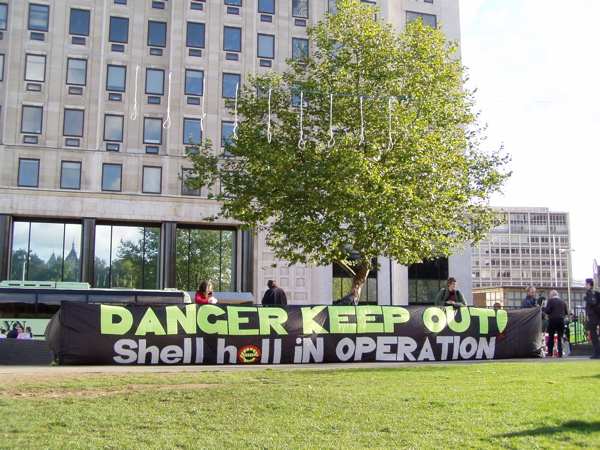 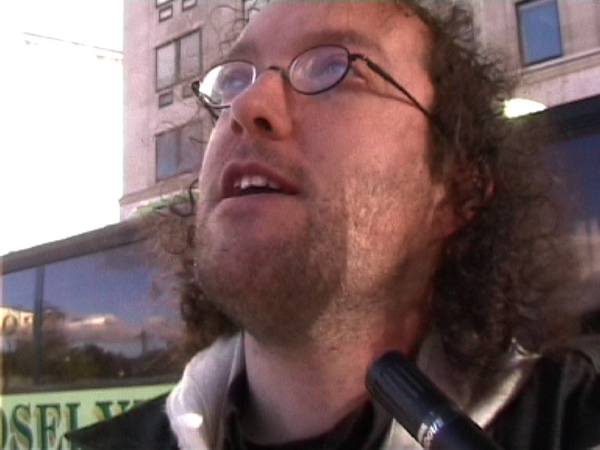 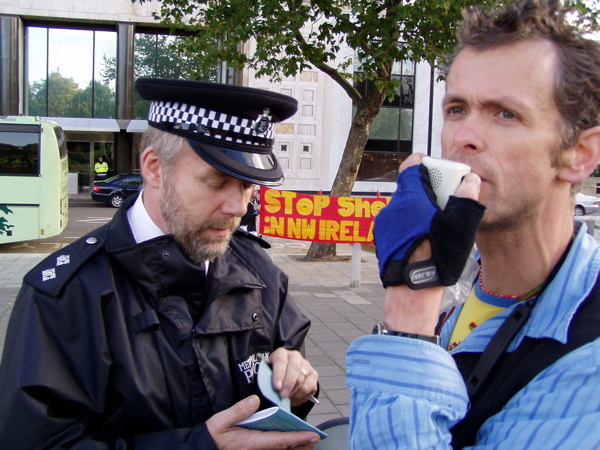 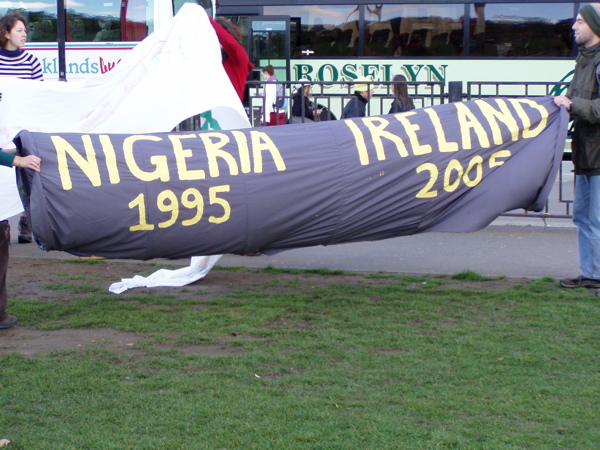 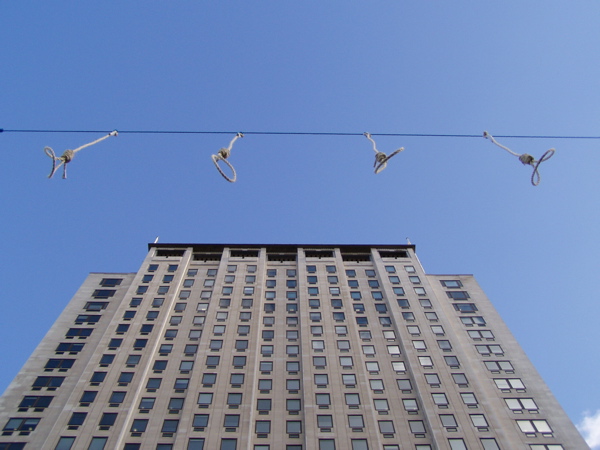 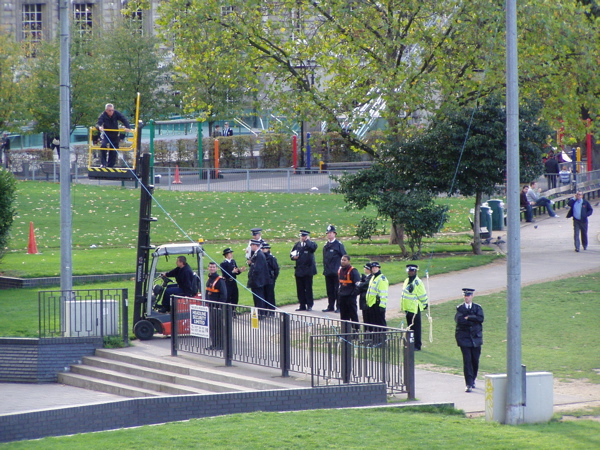 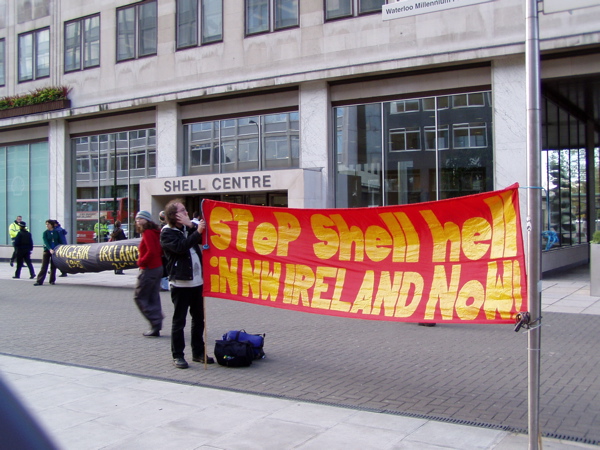 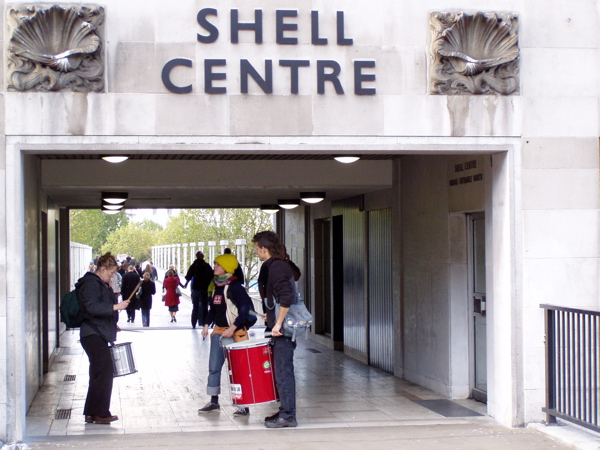 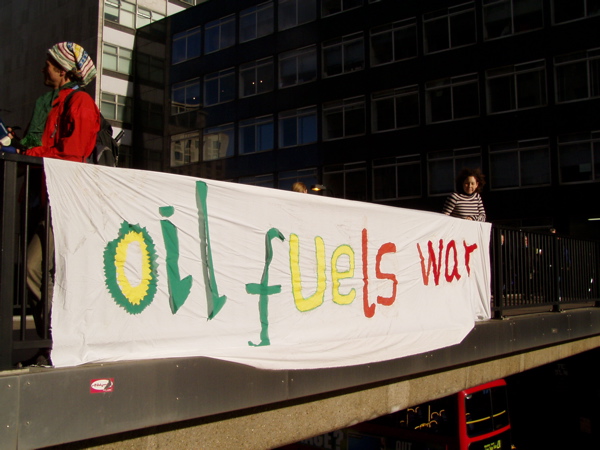 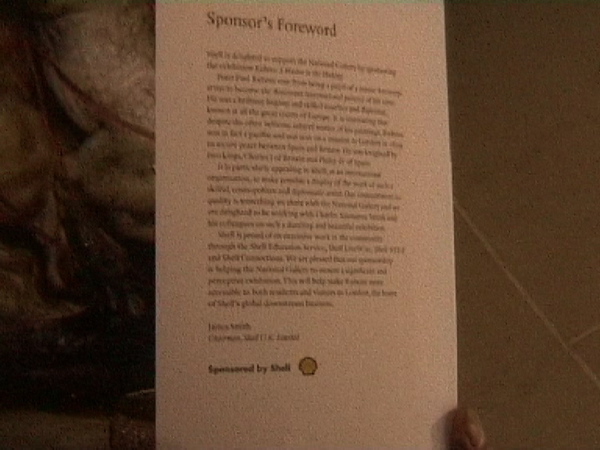 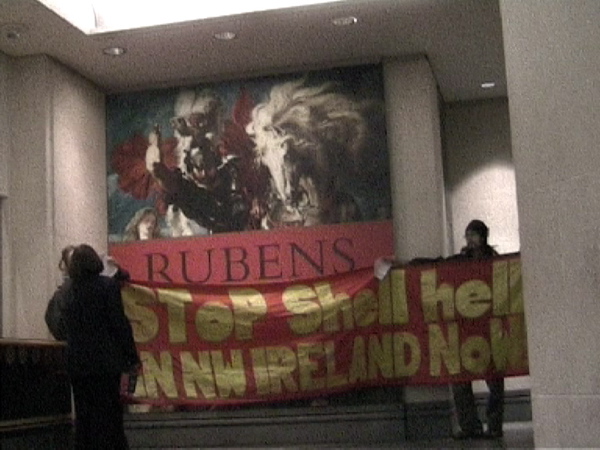 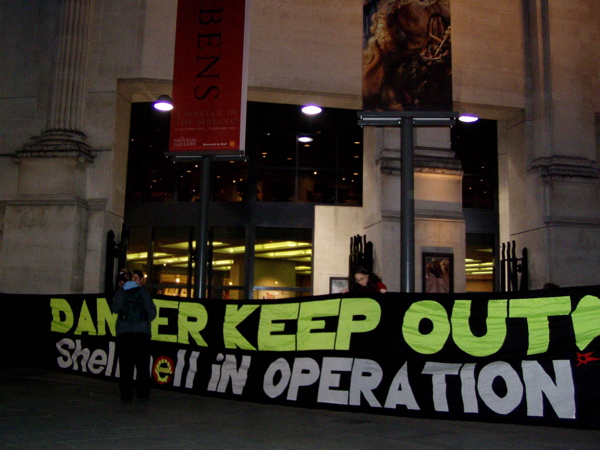 for a brilliantly imaginative action. It would be a shame to let the name of Ken Sarowiwa fade from people's memories.

video of the london anti-shell actions on 9th november

Rubens' 'Massacre of the Innocets' Sponsered by Shell 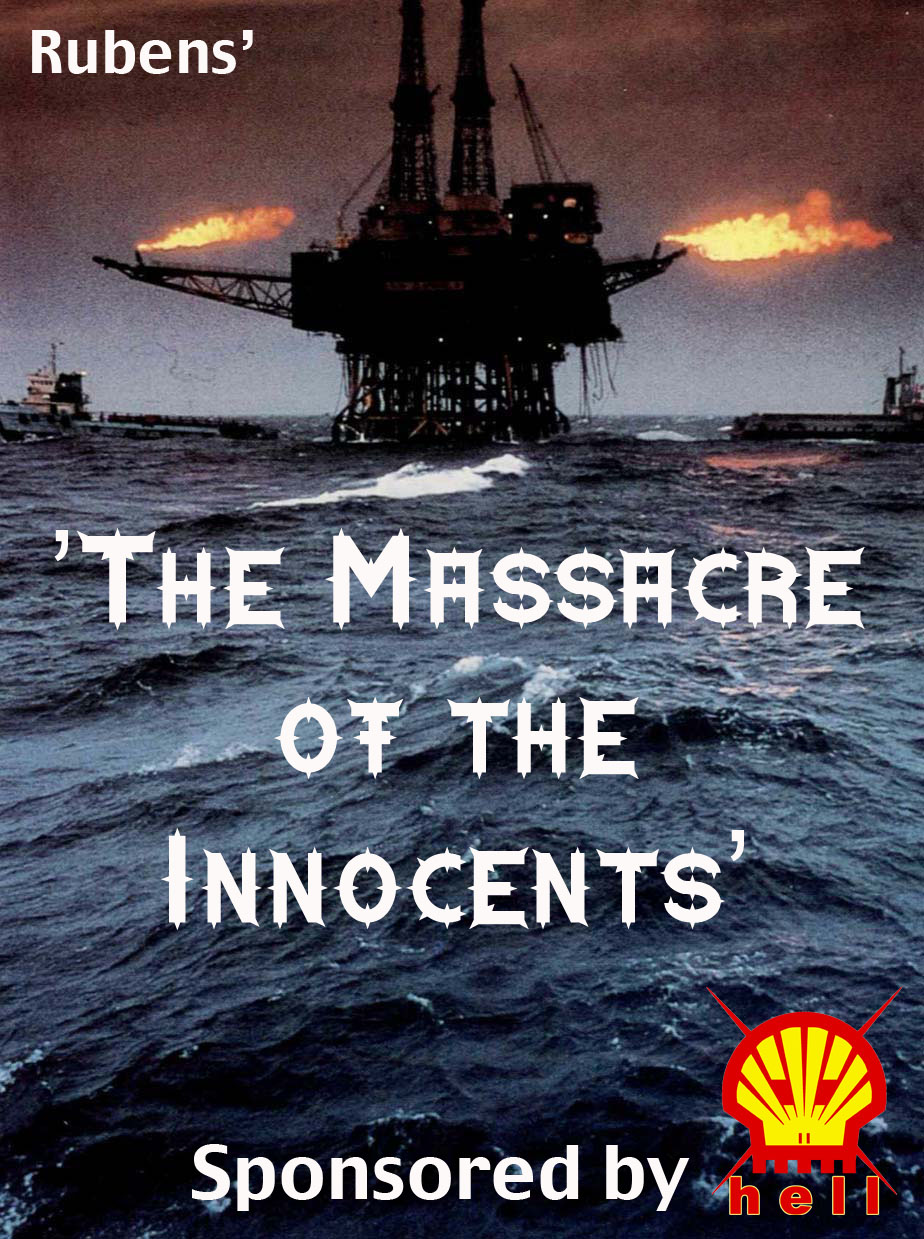 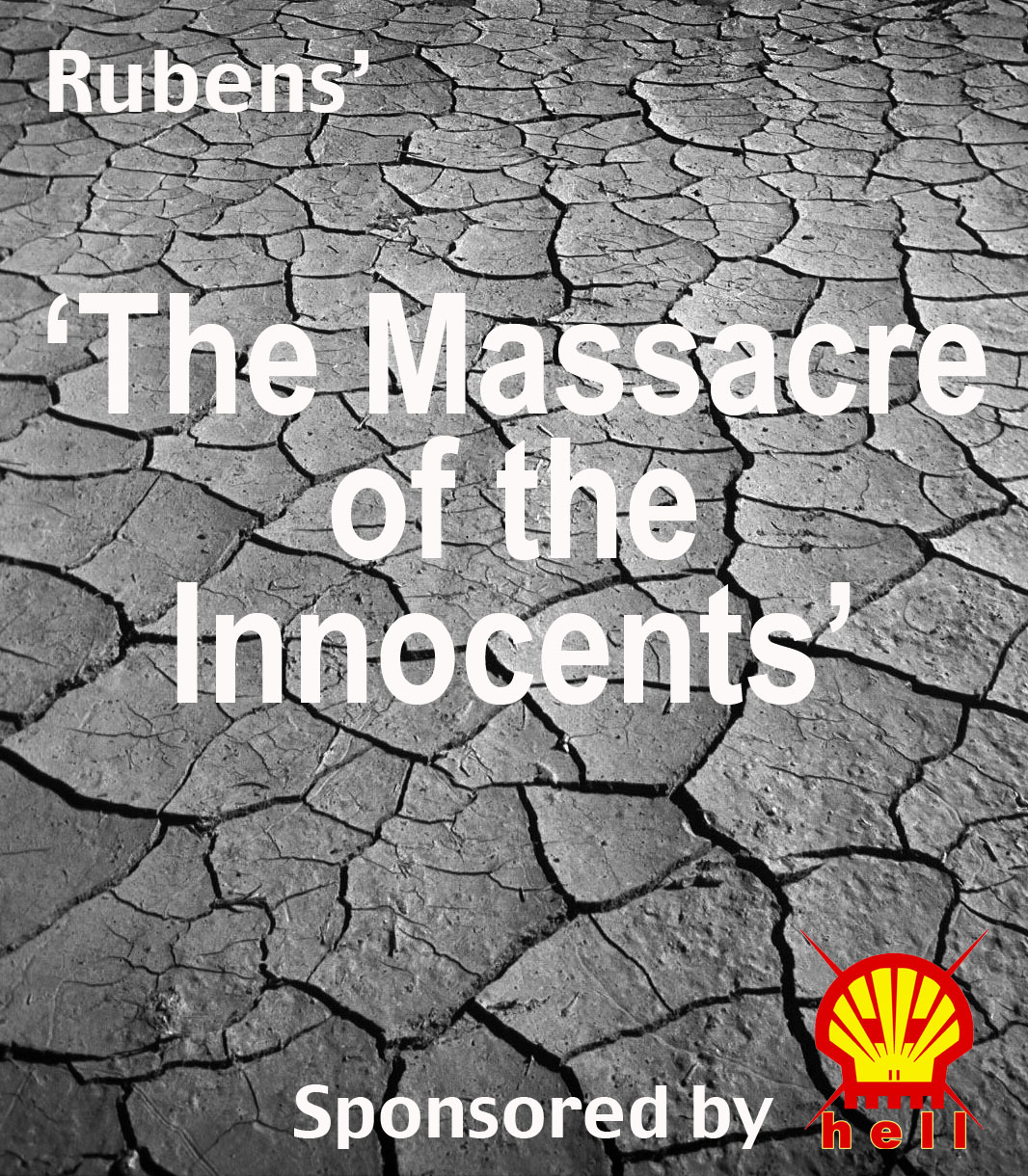 Have a go.. make your own version.. Ther are still plenty of topics.. floods...war....storms...repression...

Shell non-executive director on board of National Gallery

Just wanted to pass on this updated list with info interestingly left off the National Gallery's own website descriptions, ie. that Lord Kerr is on the board of Shell, (sponsor of Rubens exhibition). Looks like we have no chance with Jon Snow if he's sitting alongside Kerr at every meeting!

Anyone feel like trawling the web for addresses for this lot so we can send them a Christmas card from the Niger Delta or County Mayo?

Or maybe get in touch with these pillars. (Keep it polite if not necessarily respectful, I reckon.)

Board of Trustees, as at Nov 05, with National Shellery's original descriptions, (note the absence of the word 'Shell'):

Lord Kerr of Kinlochard: Permanent Under Secretary of State Foreign and Commonwealth Office. Ambassador to the USA (1995-7);

Professor David Ekserdijan: Professor of Art History at the University of Leicester, former Editor of Apollo Magazine (1997-2004), writer and journalist.

Mr James Fenton: Poet, critic and journalist who has written extensively on art. He was Professor of Poetry at Oxford 1994-1999.

Mr John Lessore: Artist Trustee. His work is represented in the collections of the National Portrait Gallery, the RA and the Tate.

Mr Ranjit Sondhi: BBC Governor, formerly on the Commission for Racial Equality and the DfEE's Task Force on Disability Rights.

Professor Mervyn King: Governor of the Bank of England and Chairman of the Monetary Policy Committee. Was Professor of Economics at the LSE from 1984, and has been Visiting Professor at both Harvard and MIT.