Around 10,000 people of conscience marched through central London today in fierce opposition to Israel’s mass slaughter of the Lebanese and Palestinian people and the British government’s complicity. 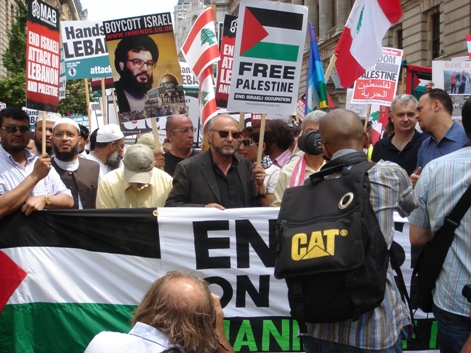 Demonstrators assemble in the centre of London’s government district. 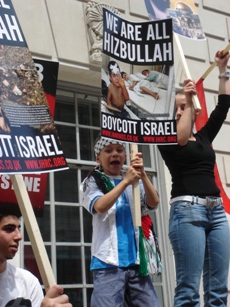 Children’s voices were heard throughout the day. 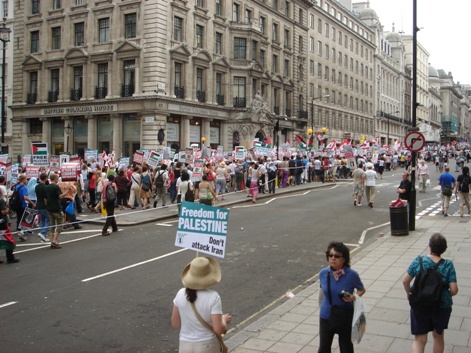 An endless stream of demonstrators. 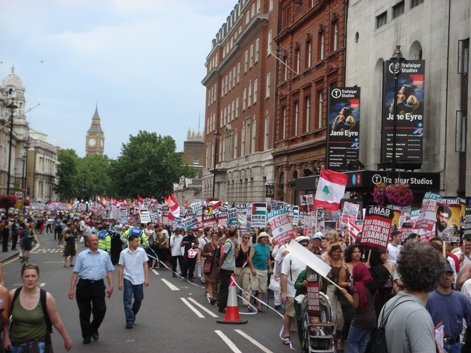 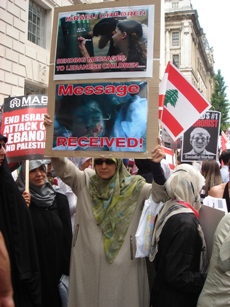 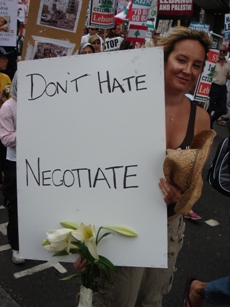 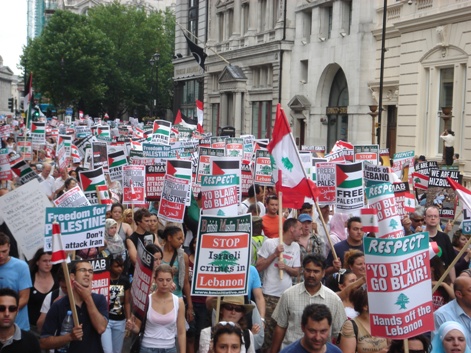 Demonstrators were united in their condemnation of Israeli aggression. 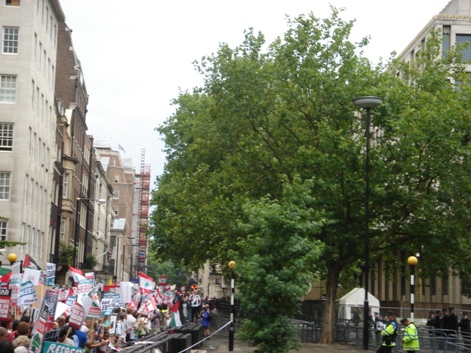 Amidst tight security demonstrators expressed their anger at the US Embassy. 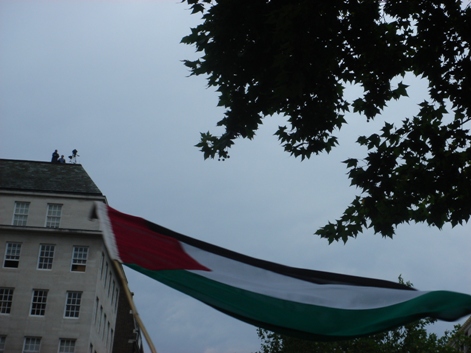 Security protecting the US Embassy were on high alert 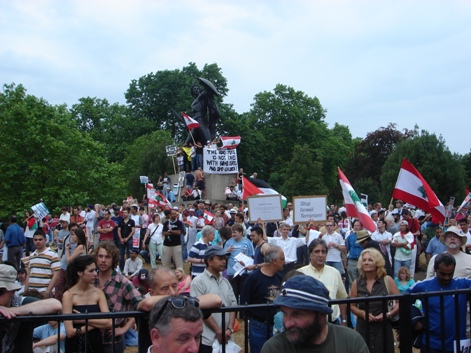 The demonstration culminated in a huge rally in Hyde Park

Organised by the Palestine Solidarity Campaign, the Stop the War Coalition, and many other Muslim and Lebanese groups, the demonstrators embarked from Whitehall through the centre of the West End, past the United States Embassy and on to Hyde Park where they assembled for a rally.