At 4.30pm, a handful of people caused a scene outside 173 Oxford Street, the home of Marks and Spencer, when they died in front of the shop door to show solidarity with Lebanese civilians who are being murdered by Israeli troops. 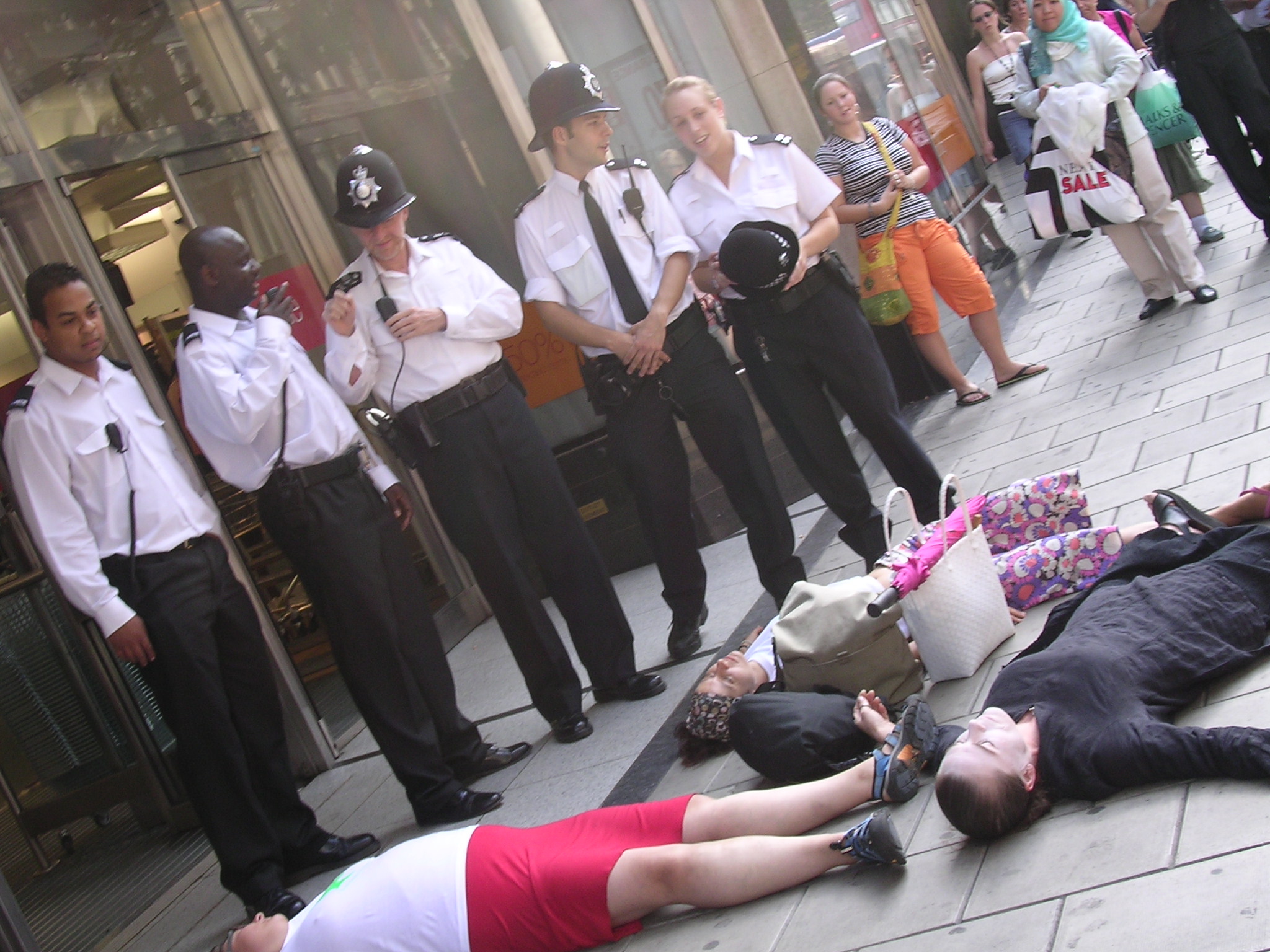 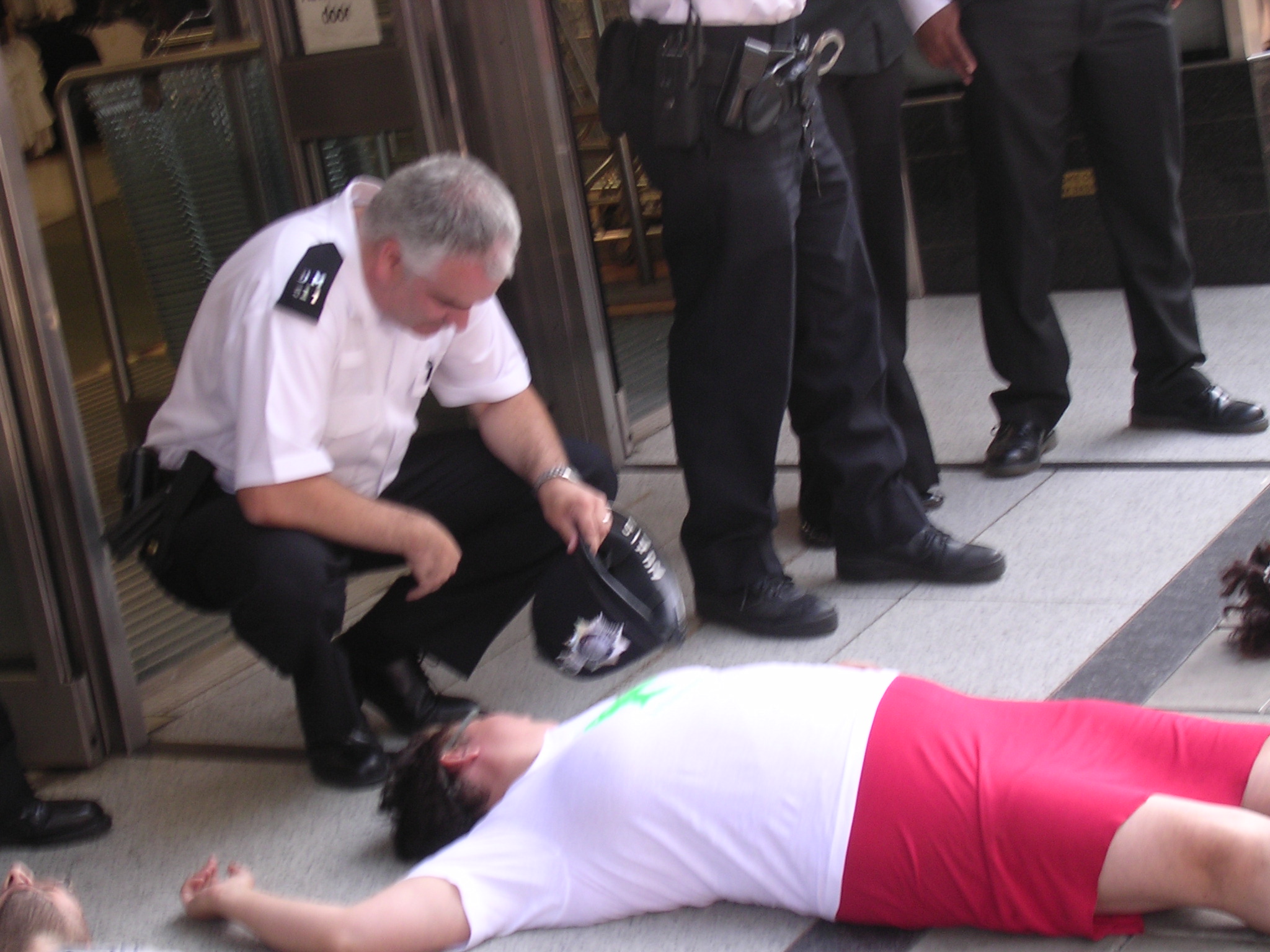 I know you're pretending to be dead, but how long do you think you'll be here? 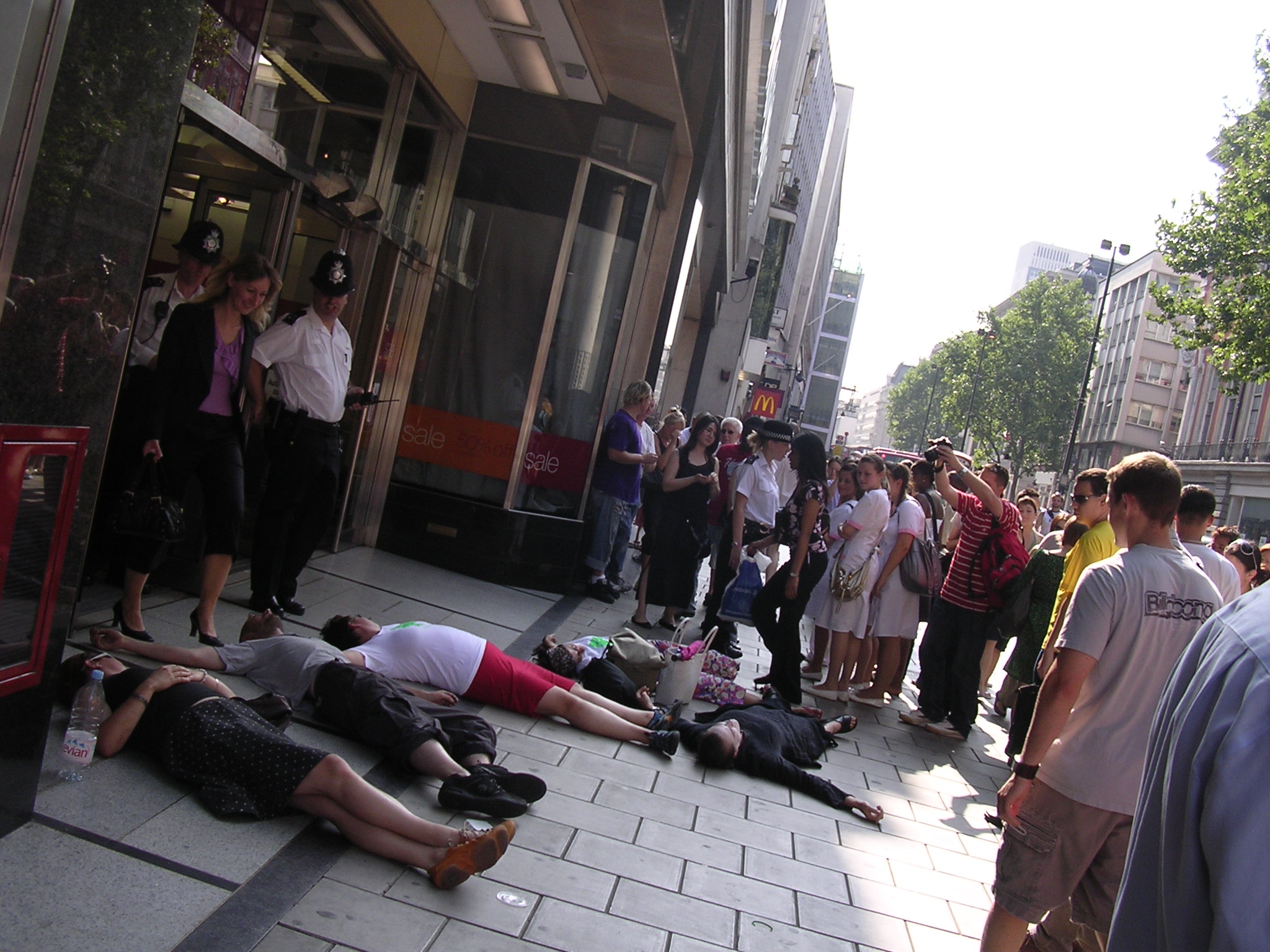 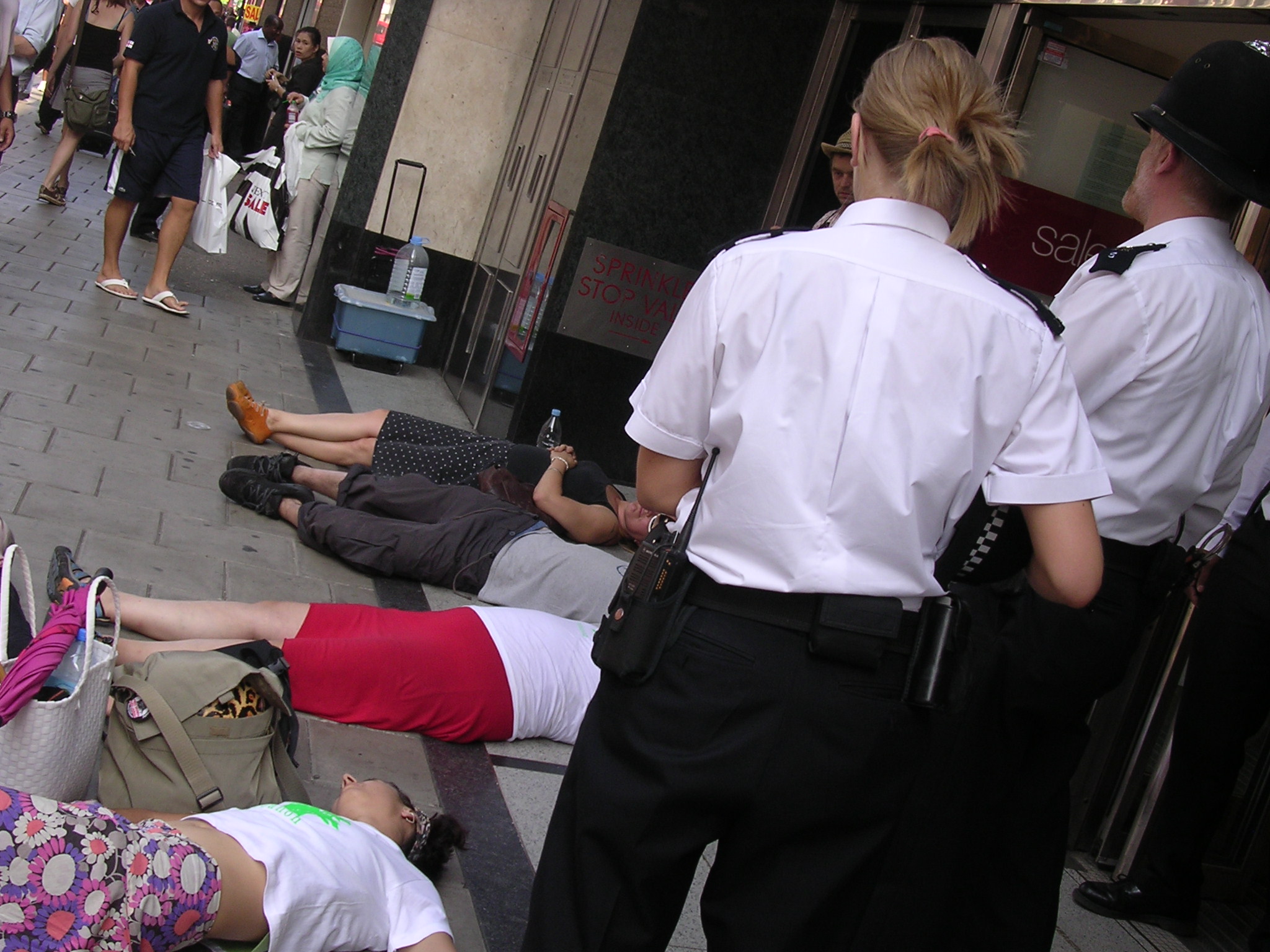 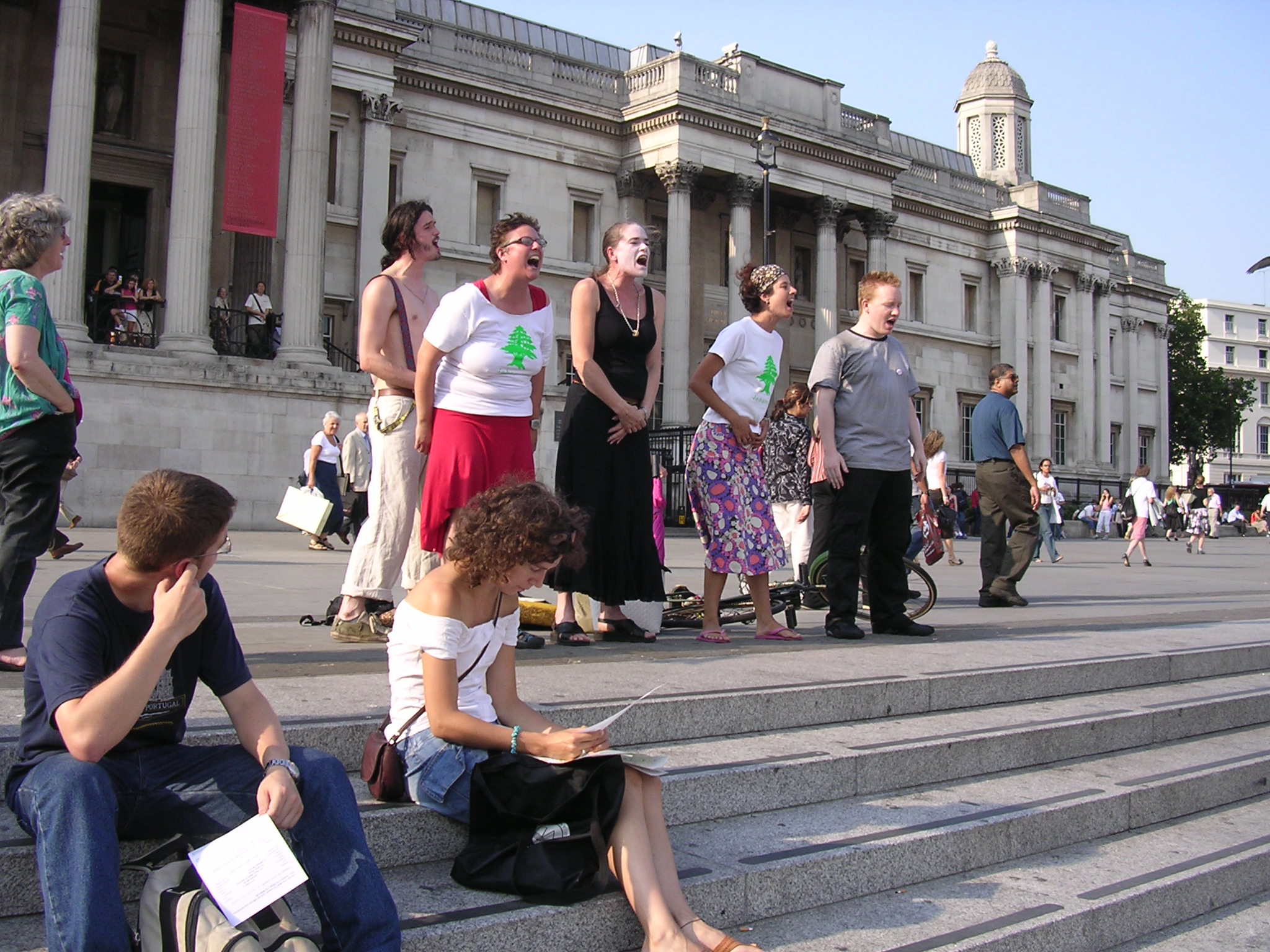 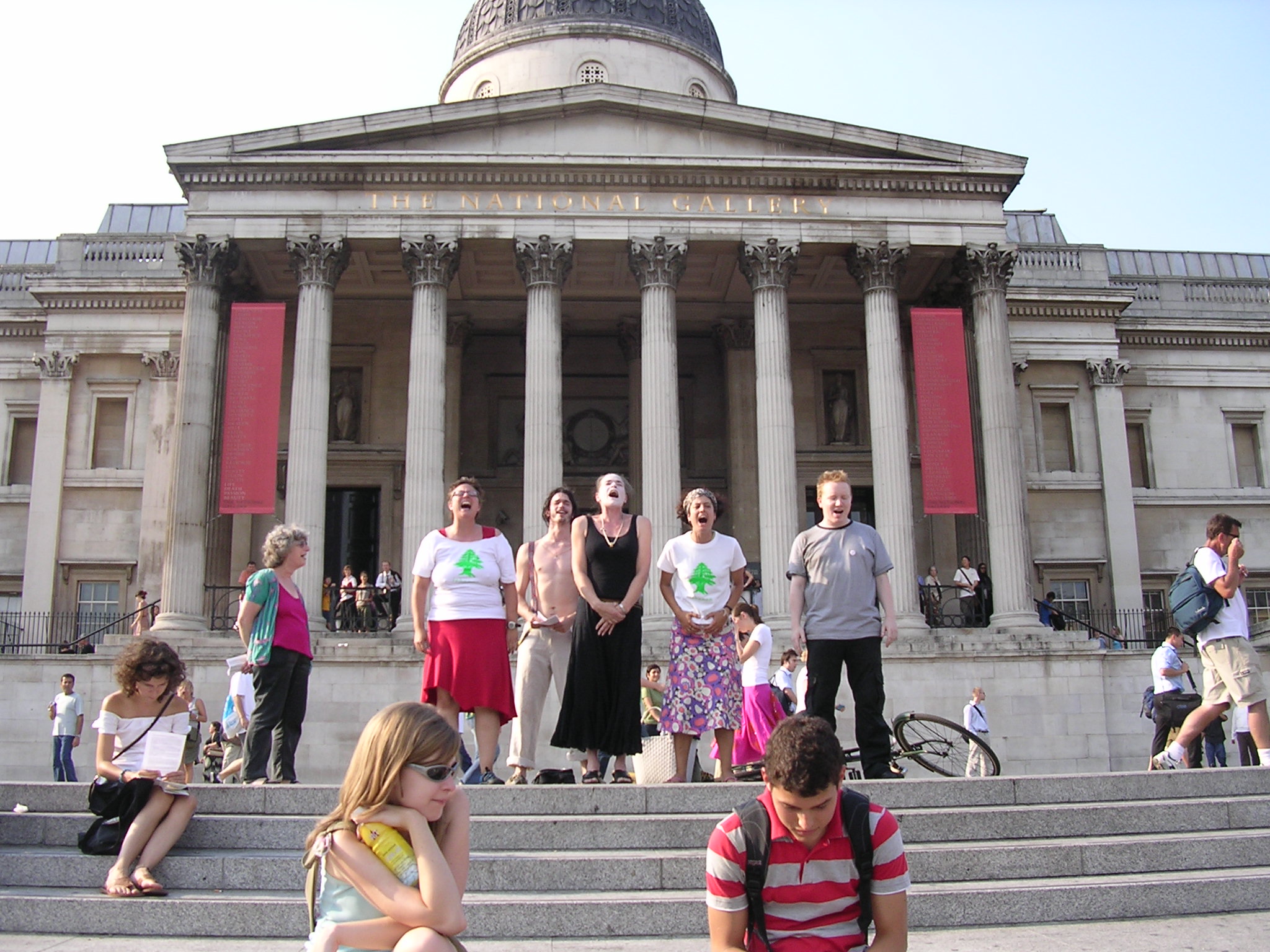 not quite an opera 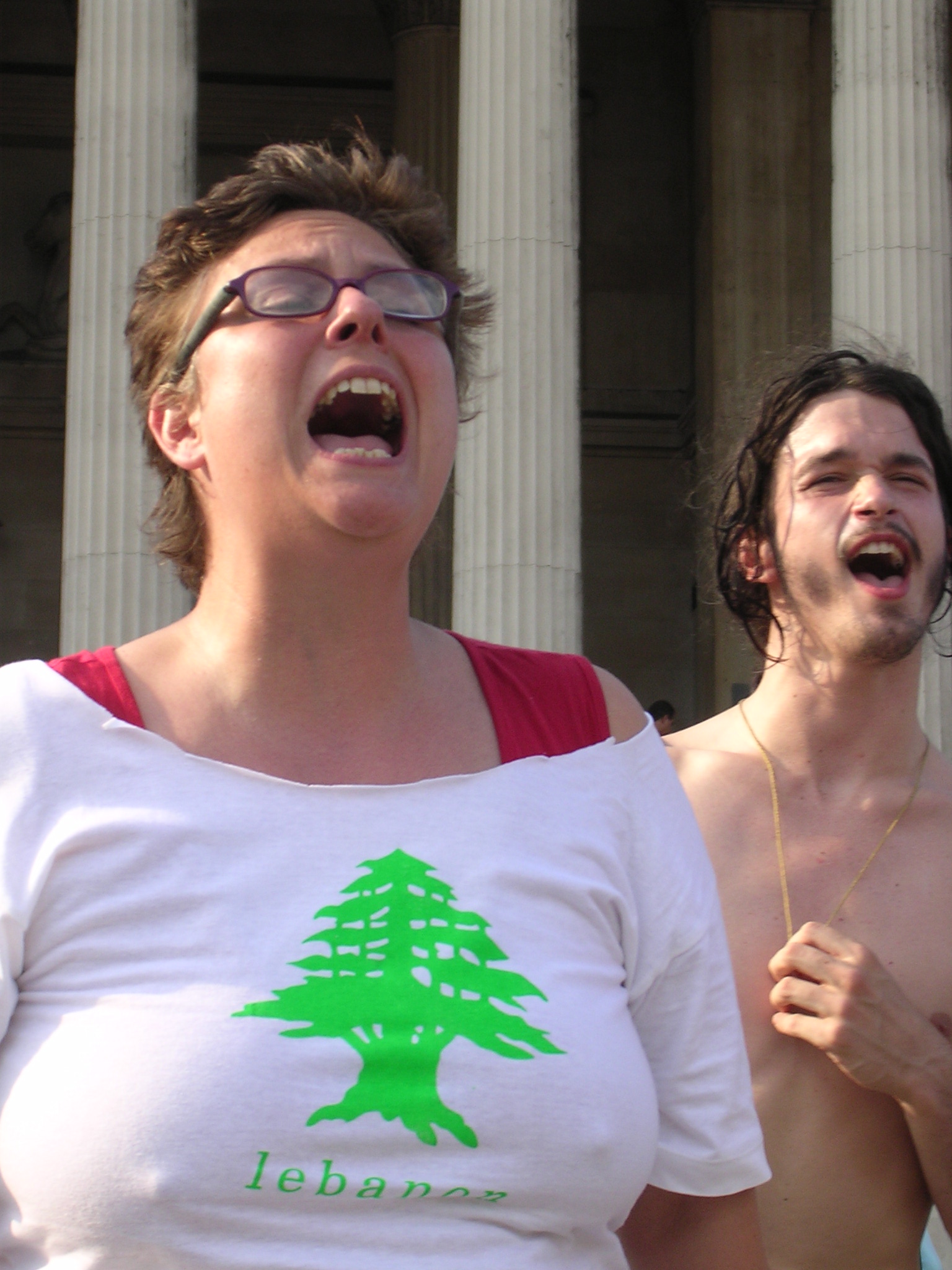 the protestors were two-deep 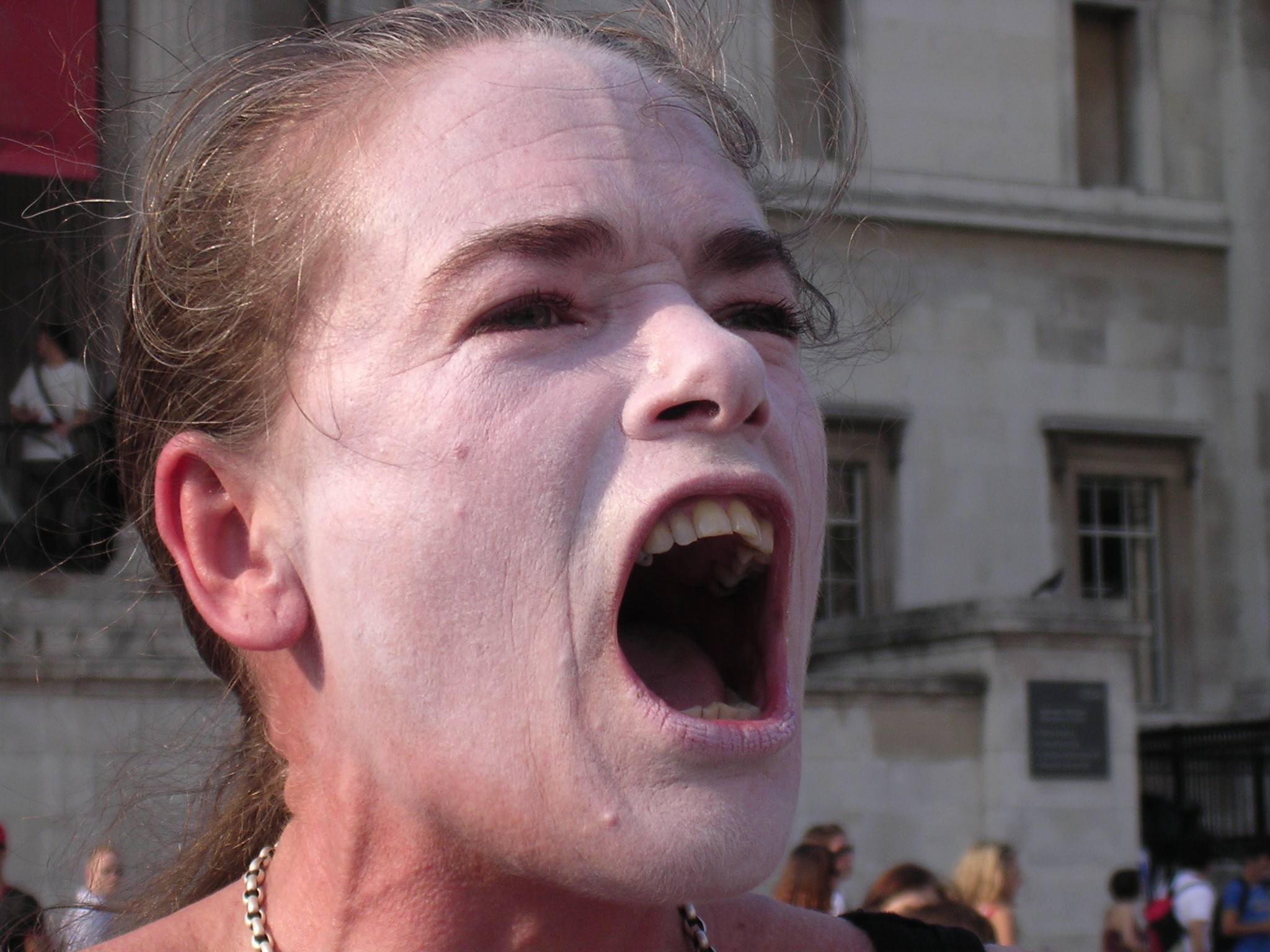 The police, who eagerly turned up for the action even before the participants, did a great job in causing maximum impact on the street. Some people might have passed by the small action without noticing if it hadn’t been for the cops. The cops even entered into the spirit, as they sometimes do, bending down and whispering, “I know you’re supposed to be dead, but can you tell us what your intentions are? How long are you going to be dead for?” One cop wanted to play a different game, “Shall we tickle them?” and then a woman cop, playing dirty, “People can see up your skirt you know.”

Not getting any response from the dead people, the cops went into crowd control mode, aggressively hassling the pedestrians to stop stopping and “keep shopping”. However, the pedestrians, curious for a diversion on the most tedious street in London, continued to stop and puzzle and ask questions and take photos.

The action lasted just over 20 minutes when the participants got up, had a hug and moved on to Trafalgar Square.

At about 5.20pm, a small group of people stood on the steps in front of the National Gallery to blast out a scream of horror and rage and despair at the killing in Lebanon. Spontaneous cries in solidarity broke out around the square. The cry lasted for about 3 minutes. Afterwards, a young man from Lebanon came over to thank the participants for remembering his country at this time.

More actions are in the pipeline. The participants are keen to work with radical Muslim and Jewish groups.

Note: This was held outside M&S to protest against their continuing trade relations with the Israeli regime that has so brutally attacked the Palestinian and Lebanese peoples. However, it was later raised in a discussion that M&S tend to be targeted for trade with Israel more than other stores, who probably import just as much. We should not forget those stores or the arms companies, such as BAE Systems, who export the weapons to Israel that are causing such horrific deaths and injuries in Lebanon. See links