This morning residents of Hackney woke up to the ghastly images that have
started to confront the people of Lebanon on a daily basis. Horrific
pictures had been flyposted throughout the night in an attempt to make
people realise the true extent of the war crimes of Israel.

The British government and British companies like Marks & Spencer (see
www.bigcampaign.org) and Edo MBM (see www.smashedo.org.uk) are still
supporting and providing Israel with the money, backing, resources and
technology to commit human rights abuses against people in Israel, and to there neighbours. So this action was an attempt to show the full images that aren't being show or talked about in the mainstream press. 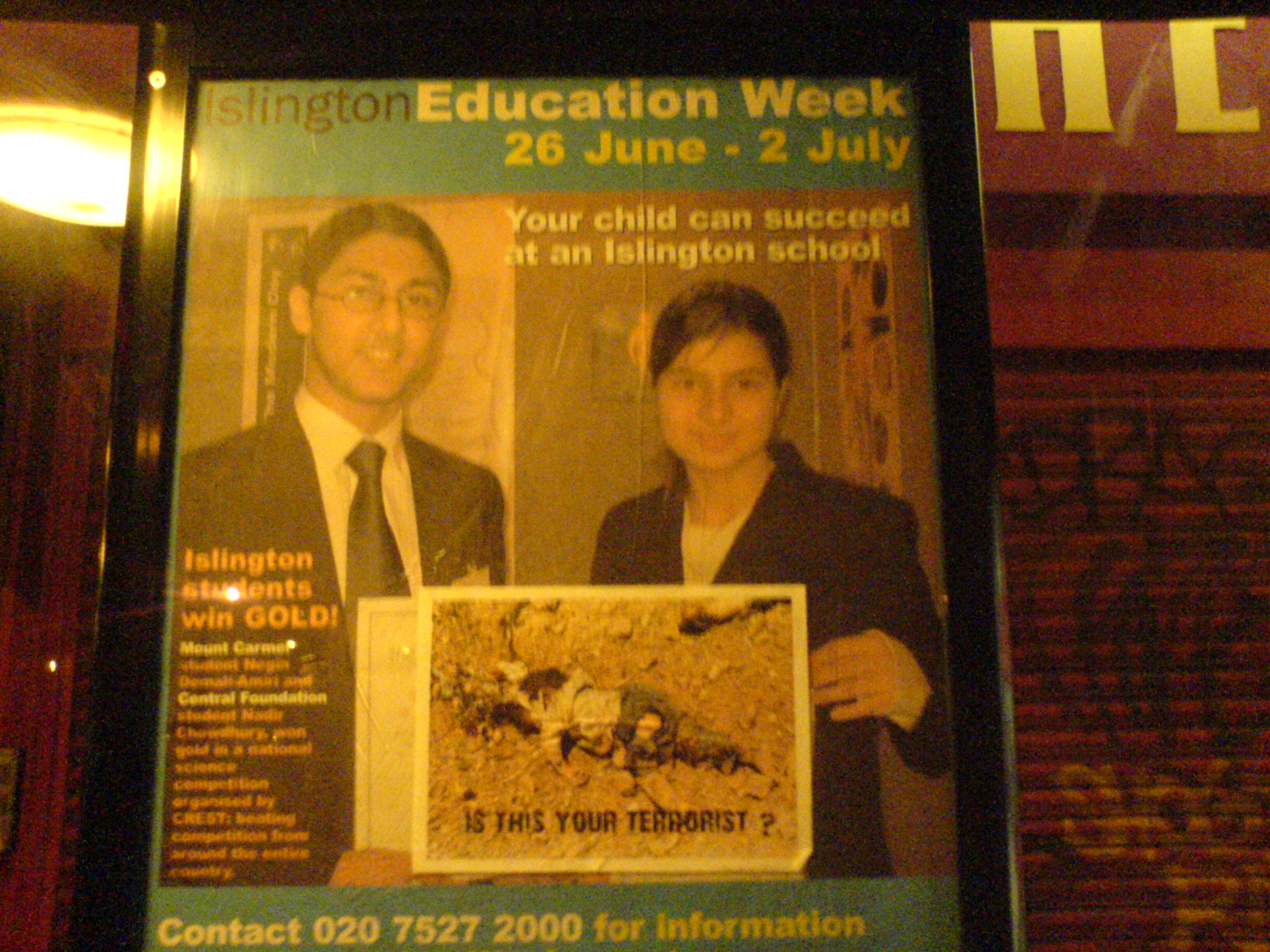 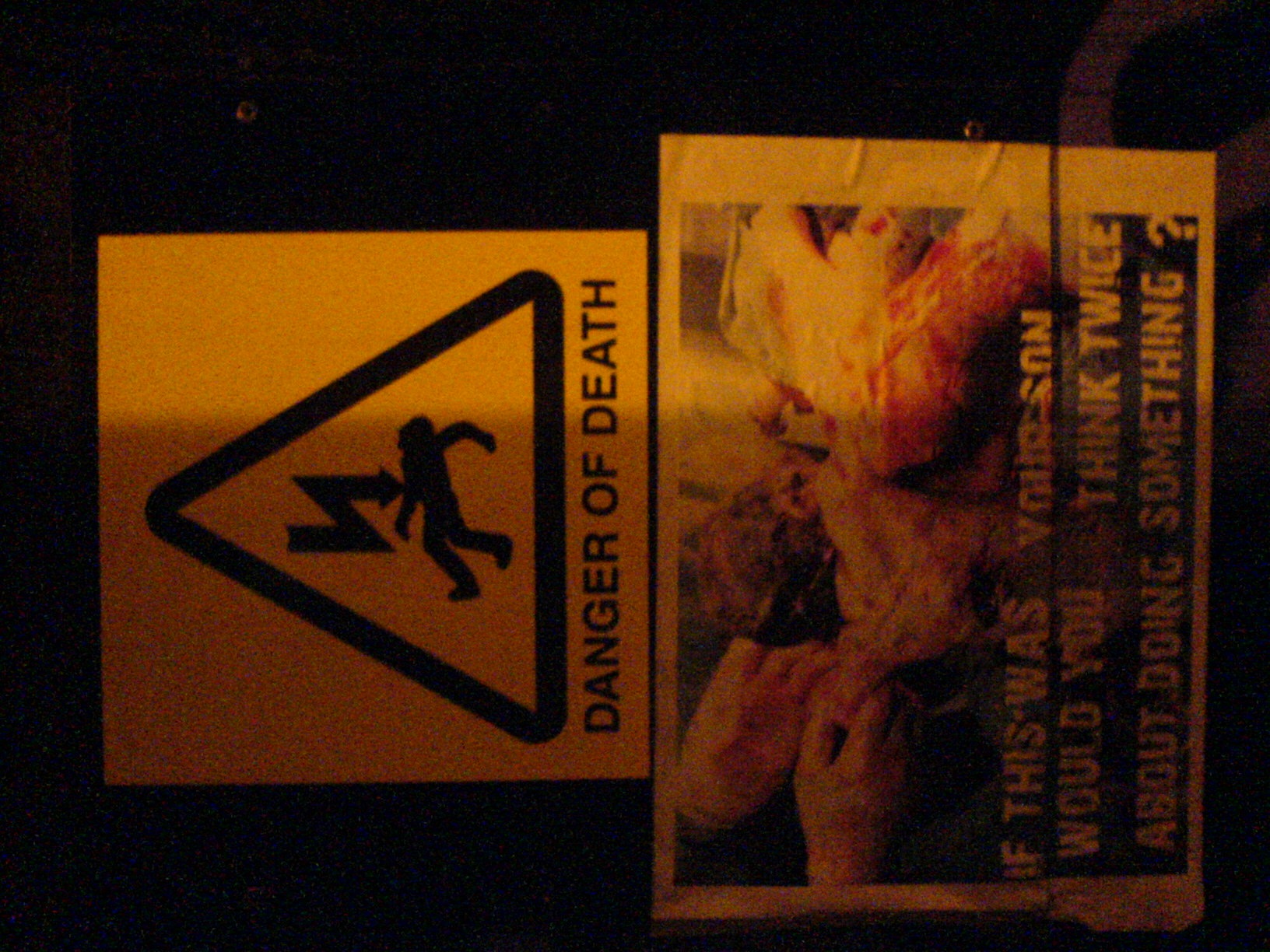 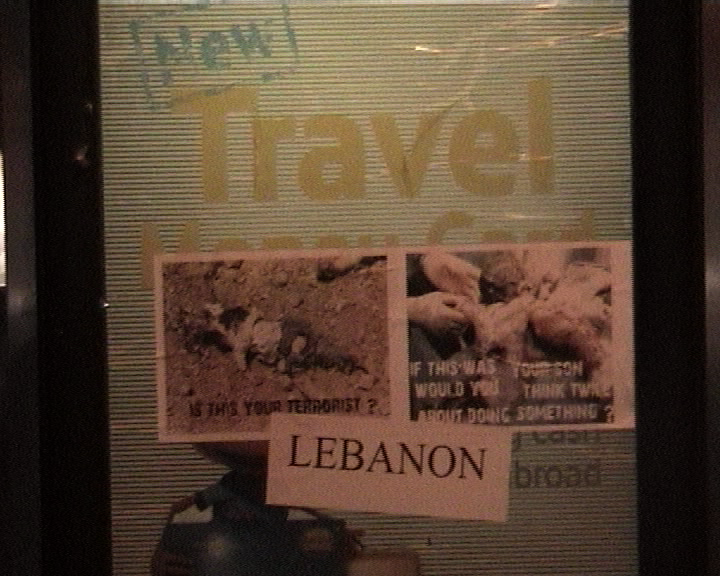 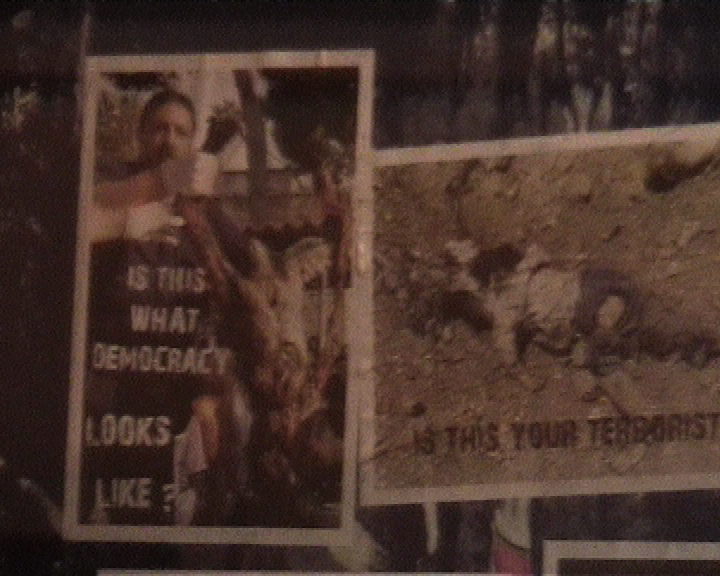 The system we are all part of is based on a consumerist circle that works like this: we look for natural resources, extract them, transport them, convert them. Then, we use them, throw away what is left, look for natural resources... It doesn't matter how much environmental and human destruction takes place. The areas rich of natural resources are the ones constantly raped, divided and destroyed by war and trade agreements that leave them with nothing but suffering.
It is true that wars are not here (yet) and some of us cannot even imagine the reality of them, while some people live in a war zone every day. Also, in order to protect "our way of living", governments want us to develop the ability to ignore the suffering we cause.
They say time is money, but time is life. If we lose it, we kill. Here we have our heart blind, speechless and deaf. We allow ourselves to loose time and with it our responsability to think that everything is connected. We go from our home, to our cars, to our jobs, to our cars to shopping centers to our homes, and we die in front of the tv consuming at last the lies of the puppets of mass media.
We say NO, we can't and we don't want to forget anybody. A solution will come from actions we take every day to stop our dependency from murderous mechanisms. The future is now. It is experience that develops us.qnaturalcf0 Everyday we produce the future. The future is the multiplication of new types of space, where other principles reign, where other emotions are produced, work is organised in new forms (happiness) . We don' t want a market-led world, with all its miseries and anguish, we are the other world, we are inventing it here and now, in this space where we meet and we do things together.

Saturday 3 p.m. an anti war critical mass will start at the "peace mural" (Dalston Lane), to go around Hackney.

Sunday at 6 p.m. at the peace mural (Dalston Lane) we call for a public assembly to share our thoughts and listen to each other.