A Weekend of Actions

This weekend saw two days of actions against the madness of Israel bombing Lebanon. 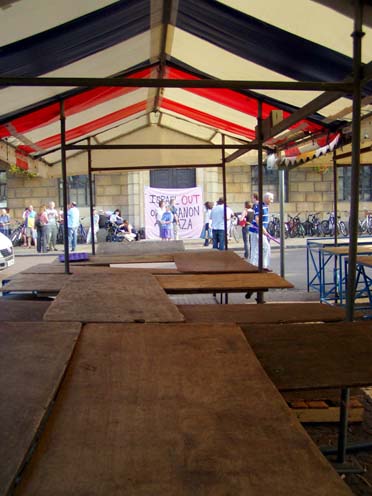 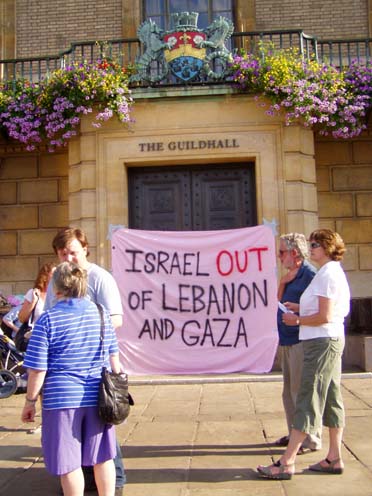 Friday; ...Barred the way into the Guildhall. 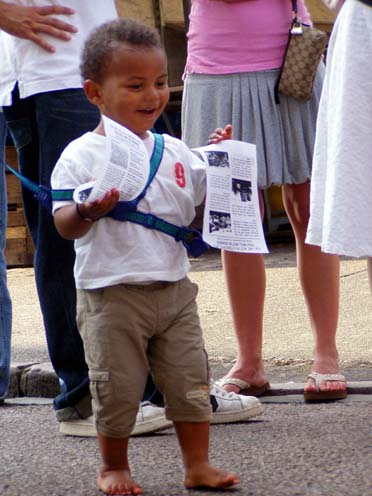 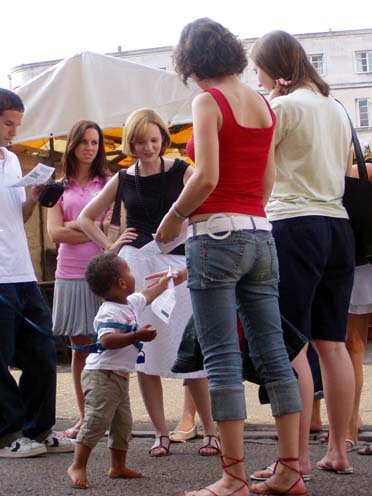 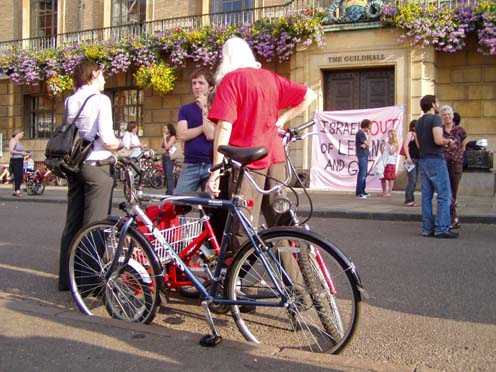 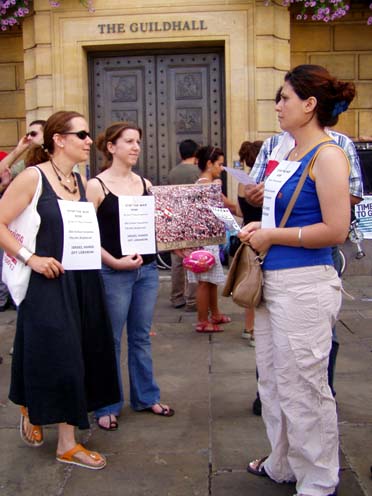 Saturday; Wearing their beliefs on their chests! 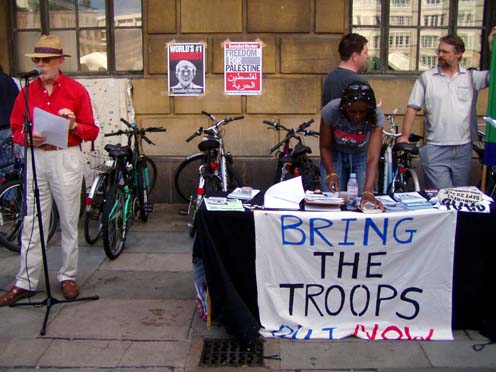 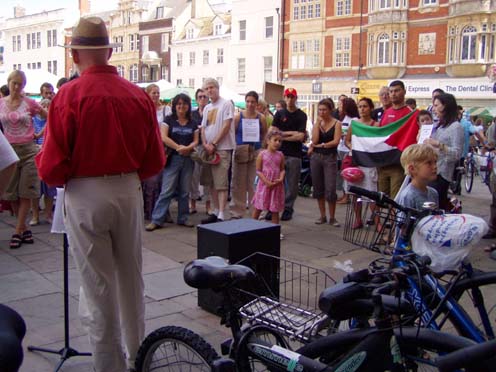 Saturday; ...To a decent turnout. 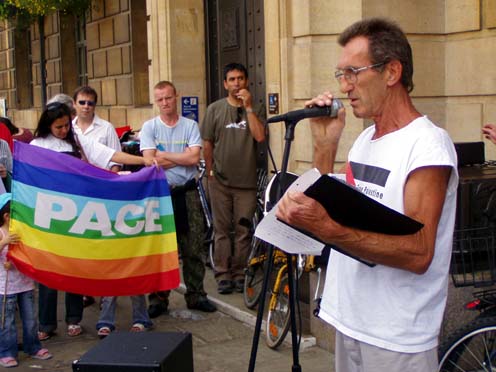 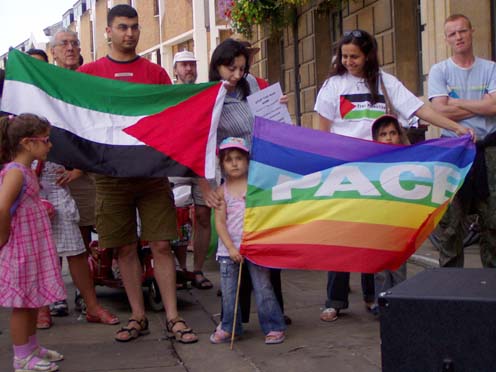 Saturday; Waving flags for the cause... 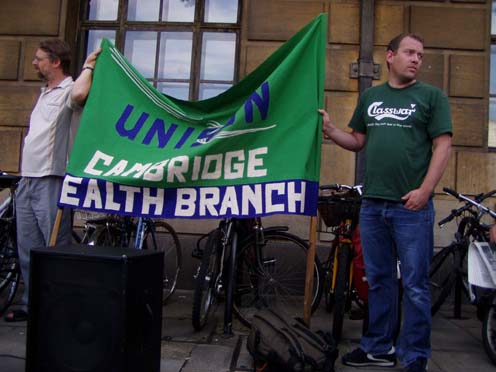 Saturday; ...And Banners too. 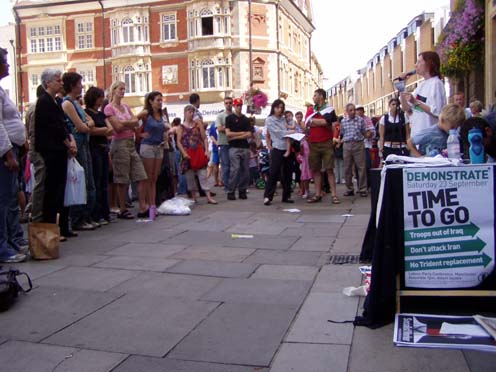 Saturday; People stayed to the end, not disbanding until the last speaker.

Starting on Friday (28-07-2006), there was a small meeting in The Market Square, which was attended by about 30 people at most, but was a good natured assembly, even including a moment when a child was inducted into the wonderful world of activism (see photos)!

Saturday had a much larger turnout, with about 150-200 people turning up to hear speakers from Campeace, Stop The War Coalition, Respect and Unison (correct me if I'm wrong about any of these), all of them impassioned, all of them saying how unjust and disproportionate Israel's reaction has been, one speaker even giving a potted history of Israel, reminding us all how we came to this moment in time.
There was also an antiwar poetry reading, questioning the idea of whether ceasefires can ever last in our current world order.

The attendees were a fairly broad cross section, ranging from seasoned activists, to Palestinian families, to someone even brandishing a Union Jack!

No March happened, as apparently Police permission was not saught for one (too short notice maybe..?).

The assembly lasted for about two hours, then people went their separate ways, but resolved to do more in the coming weeks, like going to the Demo in London next week.