While peace protestors and activists block one gate - a covert group from London including a full pink samba band blocked the second busy gate on carterton highroad. 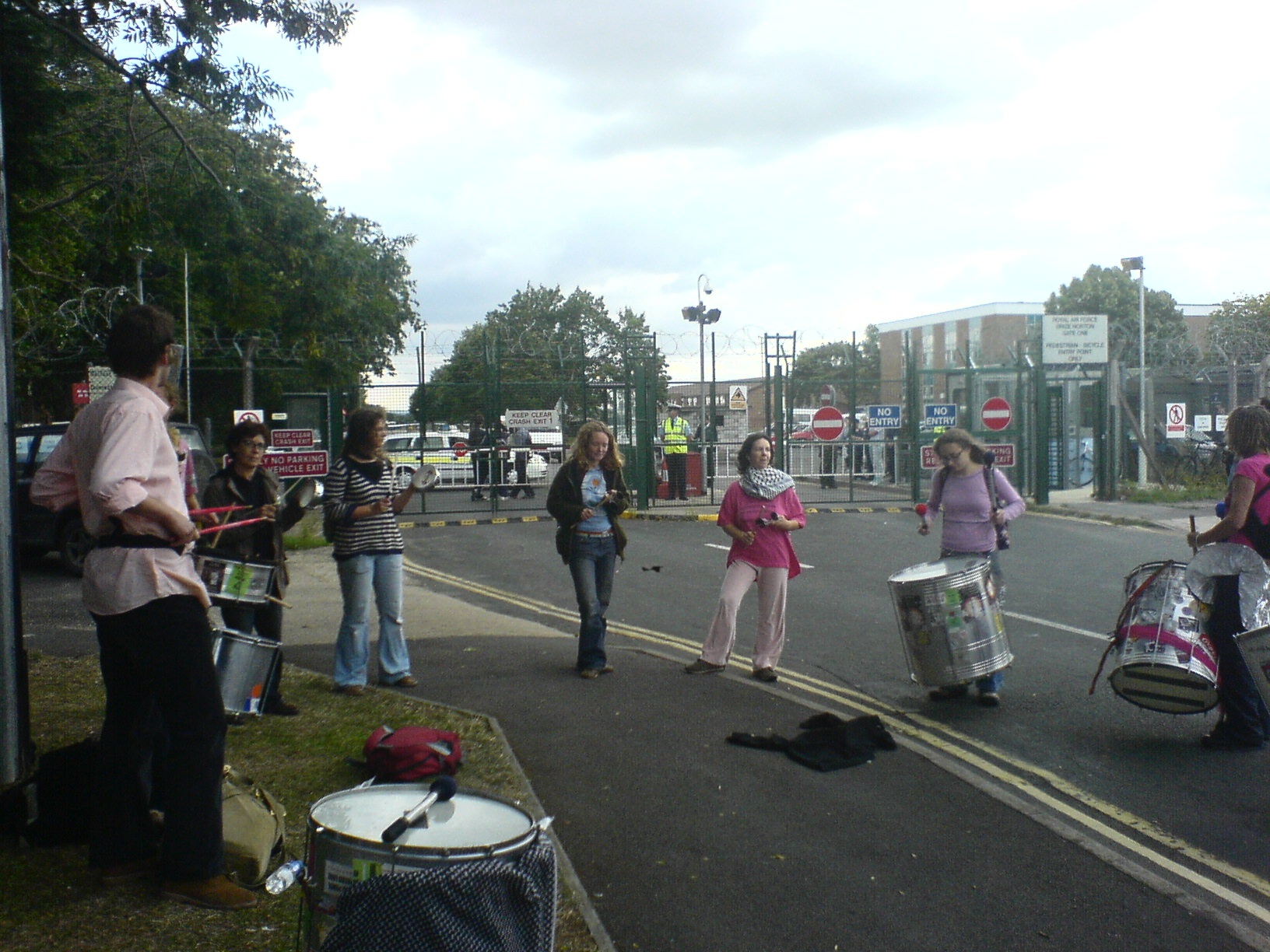 Upon arriving at Brize Norton (late - sorry!) the group from London found the place successfully blocked and a colourful protest.

After playing for half an hour it was felt that a more useful protest would be to go and make our presence known at another entrance as police advised us that the base was still fully functioning through the gate on the highstreet.

So off we trundled to play to them as well. Upon arriving, the gate was busier than ever. (oddly there seemed to be some kind of hawaian party going on).

Before we were within 50 metres of the gates, the two police guarding it paniced and closed everything down - turning away all the cars. Confused, we hung around for a while on the grass not playing, not doin much, just psyching them out with our presence - 10 drummers a journalist and 7 or 8 others brandishing one cardboard plackard... we were a formidable sight in front of one of Britain's biggest military bases!

After a while we thought we better play something and make a scene otherwise people would have thought that the police were shutting the base for no reason.

After an hour and a half of playing, entertaining the base (and a little girl who had come for chips) and a bit of banter with a friendly policeman we decided to leave.

This gate was closed until 3.30 approximately.